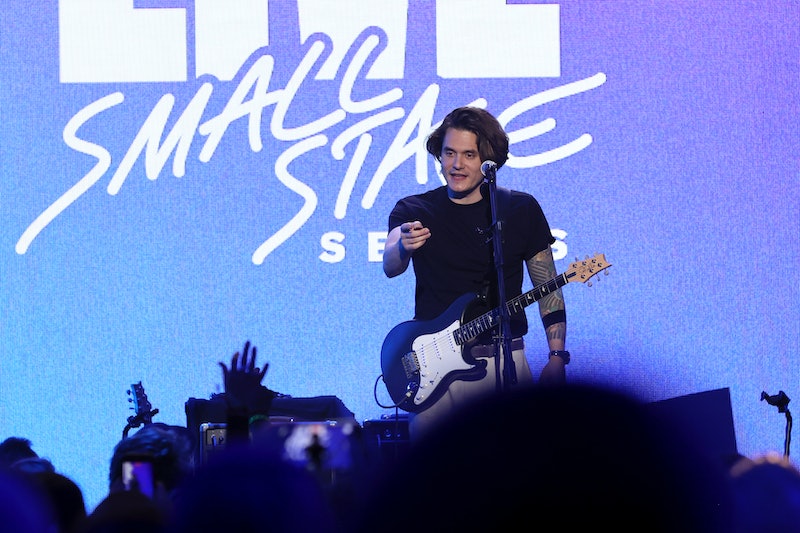 John Mayer cares deeply for those who care for him, and the 44-year-old musician proved that on Feb. 9 by halting his concert in Los Angeles to ensure a fan in the audience got medical attention. While the seven-time Grammy winner was performing for a packed house at the Hollywood Palladium, he stopped playing mid-song and quickly asked his backing band to cease too. Mayer had noticed a female fan who apparently passed out, and he swiftly sprung into action.

As things got quiet, Mayer asked into the microphone, “Are they conscious?” It was difficult for him to hear what fans were replying, so he added, “Give me a thumbs up if they’re alert.” In a video captured by The Hollywood Reporter’s Chris Gardner, Mayer is visibly concerned. Once he poses the question to fellow fans near the woman, several hands rise up, all giving the thumbs-up. Mayer eventually left the stage entirely, heading backstage while a medical team resolved the situation.

The distressed fan was reportedly taken away to safety in a wheelchair, at which point the musician returned, ready to perform again. When Mayer emerged, he assured the audience, “Anyone in the crowd who was worried, I’m told she waved goodbye, so she’s OK.”

Mayer is the latest artist to pause a concert to make sure fan receives medical assistance. A few days prior, Billie Eilish stopped performing on her Happier Than Ever Tour when she saw that a young fan was being crushed by the crowd. Eilish asked for an inhaler to be brought out. As the fan used the inhaler, the current Oscar nominee said, “I wait for people to be OK before I keep going,” which was met with raucous applause.

Both incidents come months after the deadly AstroWorld Festival in November, when 10 fans were trampled and died there or later due to their injuries. Travis Scott, the curator of the event, was performing at the time, and he insists that he didn’t know what was happening in front of him.

Meanwhile, Mayer was recently forced to cancel concerts with Dead & Company due to him testing positive for COVID-19. The “Wild Blue” musician is heading out on a tour later in February that will take him across the U.S. for the next several months.

More like this
Lewis Capaldi Is “Really Sorry” After Pre-Sale Ticket Fiasco Guts Fans
By El Hunt
Beyoncé & Blue Ivy Performed A "Brown Skin Girl" Duet At Her Private Dubai Concert
By Brad Witter
Twitter Is Surprised By Taylor Swift's First Live Performance Of "Anti-Hero"
By Jake Viswanath
Zach Gilford Admits He Forgot Taylor Swift's Name When He Starred In Her Music Video
By Jake Viswanath
Get Even More From Bustle — Sign Up For The Newsletter
From hair trends to relationship advice, our daily newsletter has everything you need to sound like a person who’s on TikTok, even if you aren’t.