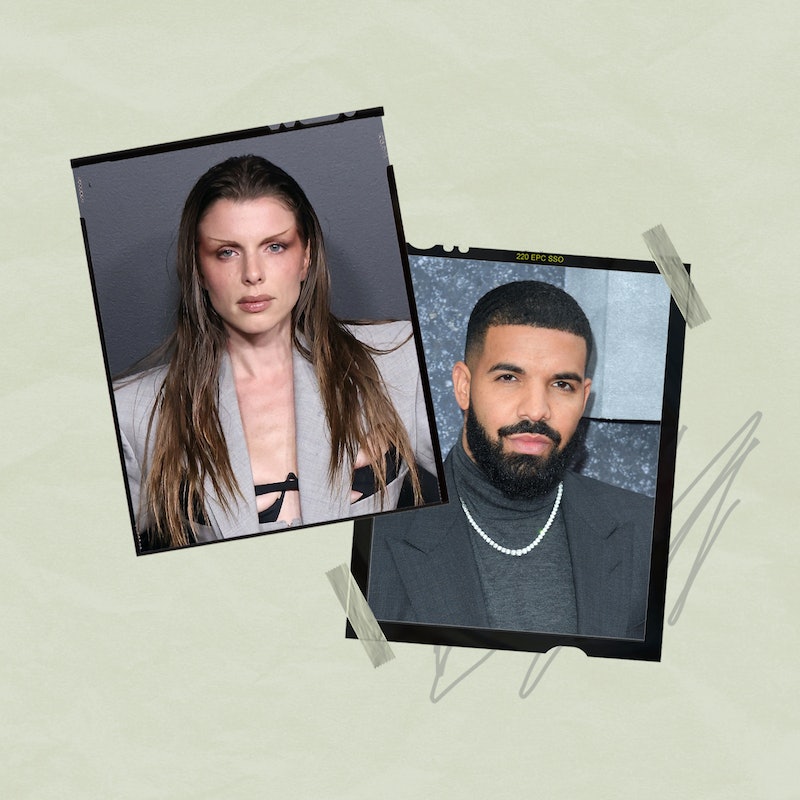 Julia Fox seems to have gone on some amazing dates. She even chronicled one of them for Interview Magazine. On a second date with Kanye West, whom she infamously briefly went out with in early 2022, Ye threw the Uncut Gems star a surprise at Carbone. “Ye directed an entire photo shoot for me while people dined!” she wrote in the now-viral photo essay. Then after dinner, she said Ye “had an entire hotel suite full of clothes. It was every girl’s dream come true. It felt like a real Cinderella moment.”

But despite being made to feel like a Disney princess and attending Paris Fashion Week in matching denim looks, it seems like the “Heartless” singer didn’t impress her all that much. Fox has a date night memory that bests all of those with Ye. And she hinted that it could be with his longtime rival, Drake.

Fox appeared on Watch What Happens Live with Andy Cohen and was asked what her “best celebrity date” was. The model answered, “I flew on a private jet, cuddled on the jet, landed, got some Chanel bags. It was just great.”

When pressed on “who” it was, Fox replied, “I can’t say. I really, really can’t say. But it was obviously an A-lister,” she hinted. Not dropping it, Cohen said, “Everyone wants to know if it was Drake that took you on that date.”

“Maybe,” Fox shared cheekily. She added, “[You] shouldn't have given me that shot.”

Rumors that Fox dated Drake swirled in February 2020. According to Page Six, the “Hotline Bling” rapper slid into Fox’s Instagram DMs in 2019 to compliment her on her Uncut Gems role. The two reconnected after her split from her ex-husband and met up in New York. Per the outlet, she flew to Los Angeles to meet up with the rapper where she was reportedly gifted two Hermès Birkin bags — not Chanel. (The Degrassi: The Next Generation alum famously collects Birkin bags for his future wife.) According to the outlet, she also “went to [his hometown] Toronto to stay with him” but had to return home before lockdown began.

In February 2022, Fox shut down rumors that anything “happened” on her Forbidden Fruits podcast. “He’s a great guy and a gentleman and that was it. Nothing really happened. We were just, like, friends hanging out … Yeah, like I wouldn’t say that we were dating.”

As for dating Ye after his ex-wife Kim Kardashian filed for divorce, Fox told Cohen that she doesn’t even think Ye knows her full name. “We were literally together for like a minute,” Fox said. “I don’t think he even knows my full name or anything.”