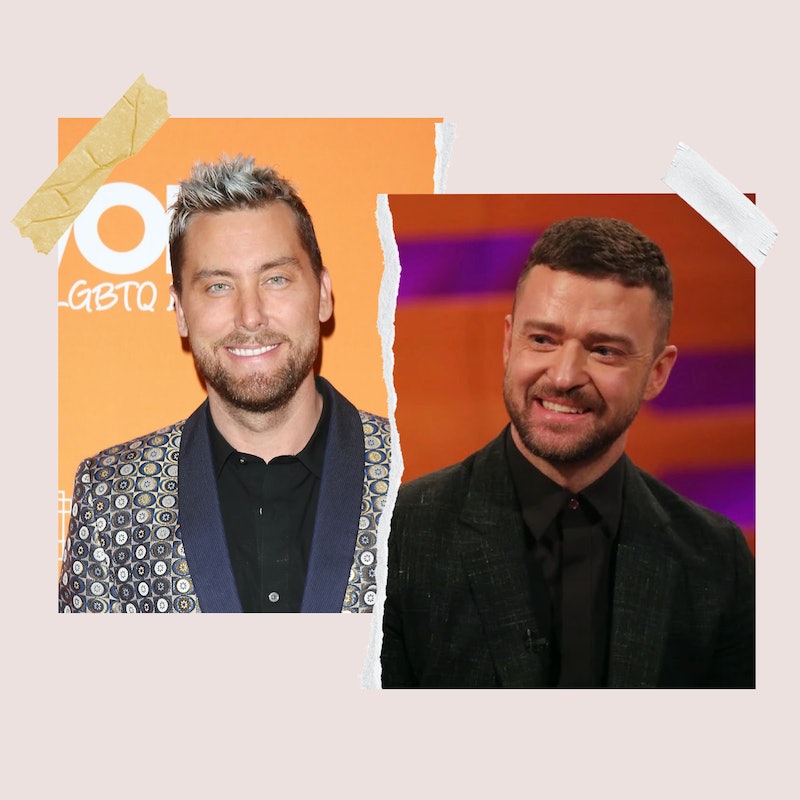 Justin Timberlake can truly never say “Bye Bye Bye” to his *NSYNC bandmates — but apparently, he does ghost them. Lance Bass threw shade at Timberlake on TikTok on July 25, poking fun at how long it takes for him to respond to text messages. However, the “SexyBack” singer has a perfectly good excuse for leaving Bass on read.

In the video, Bass joined in on a viral dance trend started by TikTok user @usimmangoo, dancing along to the caption, “When JT finally responds to my text.” Sharing the TikTok video to his Instagram, Bass wrote, “It’s the little things.” Hilariously, the post caught Timberlake’s eye on Instagram, and he responded with his explanation in the comments section. “Once those babies show up … your unavailability will all make sense, bro,” he wrote, complete with the laughing emoji, to which Bass responded with a simple “Touché!”

Timberlake was referring to the recent announcement that Bass and his husband Michael Turchin are expecting twins, a boy and a girl, in October. Timberlake is also father to 6-year-old son Silas and infant son Phineas, who he reportedly welcomed in August 2020 with wife Jessica Biel, so he knows what he’s talking about when it comes to being busy with kids.

Bass’ big news comes after years of IVF struggles for the couple, including their surrogate experiencing a miscarriage while pregnant with twins in 2020. “Because of what we've been through the last four years, we were very cautious to get excited,” he told PEOPLE in June. “And it kind of sucks because when you find out you're pregnant, you want to celebrate with your family. You start planning their future in your head already, but we were so scared because we didn’t want to go through the pain again of losing them.”

This isn’t the first time the *NSYNC alums have teased each other on social media. On July 21, Bass shared a video of him attempting the viral TikTok prank where someone FaceTimes a person only to tell them they’re too busy to talk. His bandmates Chris Kirkpatrick, JC Chasez, and Joey Fatone fell for the prank, but Timberlake couldn’t be bothered and straight-up declined Bass’ call. “DidYouJustDenyMe??” Bass wrote in the hashtags. Seriously, Timberlake is truly tearin’ up Bass’ heart.