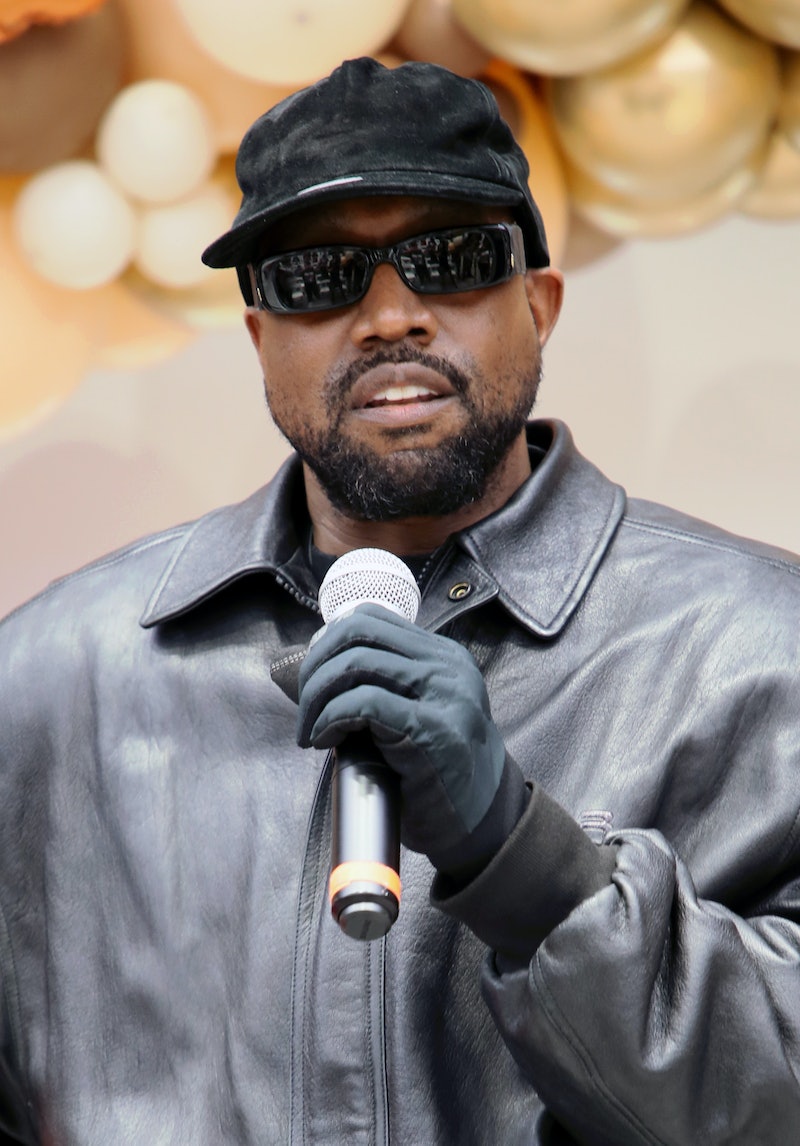 Kanye West recently attended his daughter Chicago’s 4th birthday party, but the rapper claims he wasn’t actually invited. On Saturday, Jan. 15, West revealed that he was kept in the dark about the celebration and that it was Travis Scott who ultimately gave him the address. “Y’all, I was just wishing my daughter a public happy birthday,” he said on Instagram Live, according to Us Weekly. “I wasn’t allowed to know where her party was, there’s nothing legal that’s saying that this is the kind of game that’s being played.”

The Yeezy designer went on to say that he’s not interested in playing games when it comes to his children. “It’s the kind of thing that really has affected my health for the longest and I’m just not playing,” he explained. “I’m taking control of my narrative this year. I’m being the best father — the Ye version of a father — and I’m not finna let this happen.” West also revealed that several members of the Kardashian-Jenner clan refused to share the location of the event.

“I did call Kim, texted nannies. I got on the phone with Tristan [Thompson], he asked Khloé [and] won’t nobody give me the address to my daughter’s birthday party right now,” West continued. “That’s gonna imprint in her mind that I wasn’t there for her.” Eventually, the “Come to Life” artist did make it to the party, which he credited to the “SICKO MODE” rapper. “I just gotta shout out to Travis Scott for sending me the address and the time and making sure that I was able to spend that birthday memory with my daughter,” he revealed.

But getting into the LOL Surprise and Barbie-themed party, which Chicago shared with Kylie Jenner’s daughter Stormi, was a challenge. “Kylie let me in right when I got to the spot because, you know, security stopped me once again when I got there,” West explained, adding that all he wants is “open dialogue.”. “Let me just calmly and legally take control of my narrative,” he said. “I know we disagree. People have a lot of opinions about things that I do but with this one, this is my main focus. My life centers around my children.”

Kardashian was reportedly confused by West’s claims, mainly because the former couple allegedly agreed to have multiple birthday celebrations for their daughter. “There were always two parties planned for Chicago, which was Kanye’s idea. He was scheduled to celebrate with her at 4pm today,” a source told Us Weekly. “Kim was shocked to learn that he released a video about not being invited to her party — that’s not true and as soon as he asked to come he was given the location. He’s at the birthday party.”

This wasn’t the first time that West claimed he was denied access to his children. In a recent interview with Hollywood Unlocked, the rapper said that the Skims founder barred him from entering her house to visit their four kids. “Earlier this week, Monday, when I went to go pick my kids up from school, the security stopped me at the gate,” he recalled. “So at that point, security was in between me and my children and that’s what was not going to happen.” West added that he didn’t want to argue, so he simply took his kids to school and took them home.

“I bring them back and North was like, ‘I want you to come upstairs and see something.’ And it’s like, ‘Oh, Daddy can’t come see something. Daddy can’t come inside.’ But that hadn’t been defined,” West said. “I am the richest Black man and North’s father, right, and the security was able to stop me from going into the room with my daughter.” He added that the same rules don’t seem to apply to Kardashian’s new boyfriend, Pete Davison, who is allowed “in the house that I can’t even go to.”

Without naming the Saturday Night Live comedian, West weighed in on his ex-wife’s new relationship and warned the media not to bring his kids into it. “They can go on SNL and make jokes, they can make jokes in the media, they can plant stories, about whoever I am dating and whatever I want to do,” he said. “They can block deals, they can do all of that type of stuff, but I can tell you straight up, don’t play with my kids. Whoever you all work for, whoever you all think the family is working for, I am telling you right now, don’t play with my children.”

West also spoke about his separation from Kardashian and insinuated that her onscreen kiss with Davison during her October SNL appearance was done to spite him. “People intentionally do things to be mean and hurt you… to to be playing games,” he said. “How you gonna bring me to SNL and kiss the dude you dating right in front of me, and everybody’s like, ‘Aw, that's cool.’” Regardless, the KKW Beauty founder’s relationship is not his primary focus. “At the end of the day, I'm Jesus gang,” he said. “I’m about family, just me and my kids, parenting. And I mean, my kids’ mom we not together. I’m still gonna be the best dad.”