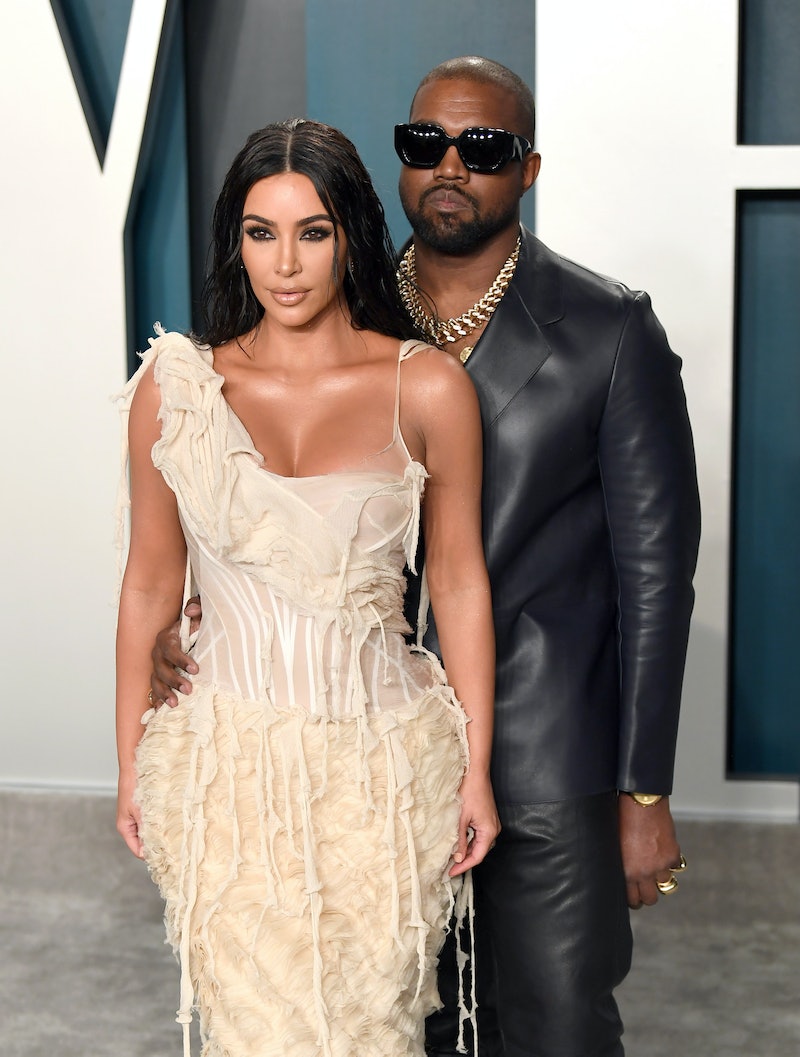 Kim Kardashian and Kanye West are ending their marriage, but that doesn’t mean they don’t support each other’s many business ventures. On Sunday, April 4, the SKIMS founder took to Instagram to share a series of Easter snaps from the gym. In them, the reality star is wearing a brand new pair of Yeezys, proving that despite their split, she still plans on supporting the rapper in all of his future endeavors.

“Happy Easter everyone,” Kardashian captioned the post, which features her in an all-yellow workout outfit. The 40-year-old, who shares four kids with West — North, 7, Saint, 5, Chicago, 3, and Psalm, 1 — didn’t directly mention his popular shoe brand in the post, but the unique-looking sandals certainly stand out. Her public support of the brand might also surprise fans who have been under the impression that the former couple is no longer on speaking terms.

Last month Page Six reported that West changed all of his phone numbers, making it impossible for the KKW Beauty founder to contact him directly. “Even before Kim filed for divorce, Kanye changed his numbers and said, ‘You can contact me through my security,’” a source told the outlet. However, the insider also revealed that the two were successfully co-parenting their kids. “She trusts him around the kids. He loves them and is seeing a lot of them,” the source added.

Although the reported speaking arrangements sound complicated, the insider added that the system has been working for their family. “She leaves the house, and he arrives and hangs out with the kids,” the source continued. “They have an army of nannies so the transition is easy.” Roughly a month before Page Six reported that West had changed his numbers, TMZ broke the news that they had officially filed for divorce.

Neither Kardashian nor West have publicly addressed their split. However, in true Kris Jenner fashion, the matriarch teased that we “might” see their divorce play out in the finale episode of the current and final season of Keeping Up With the Kardashians. “I don't know what they have decided on in the finale because we haven’t even seen the first show yet,” Jenner said before the season premiered on March 18. “I’m sure they’re putting some final touches, but I think it’s just a private time for them.”

Jenner also spoke candidly in the interview about how Kim and the family were doing amid the divorce. “I think it's always going to be hard any time ... you know, there’s a lot of kids,” she said. “The good thing about our family is that we are there for each other and supportive and we love each other very, very much — so all I want is for those two kids to be happy. And I want the kids to be happy. That’s the goal.”

A few weeks later, Jenner gave another Kim update during an interview on The Ellen Show, where she revealed that her daughter is “really busy” and focused on becoming a lawyer. “Kim’s good. She’s good. She’s really, really busy working on all of her different projects that she’s doing and I don’t know how she does it with all those grandbabies,” she said. “She’s got a lot of energy, that kid.”

More like this
Everything You Need To Know About Kanye's Post-Kardashian Dating Life
By Bustle Editors
Kim Kardashian Gives “Bucket List Dream” Lecture At Harvard
By Alyssa Lapid
Khloé Kardashian Writes Touching Instagram Tribute To Tristan Thompson’s Mother
By Alyssa Lapid
Taylor Lautner Thought Taylor Swift's 2009 VMAs Interruption Was A "Skit"
By Alyssa Lapid
Get Even More From Bustle — Sign Up For The Newsletter
From hair trends to relationship advice, our daily newsletter has everything you need to sound like a person who’s on TikTok, even if you aren’t.