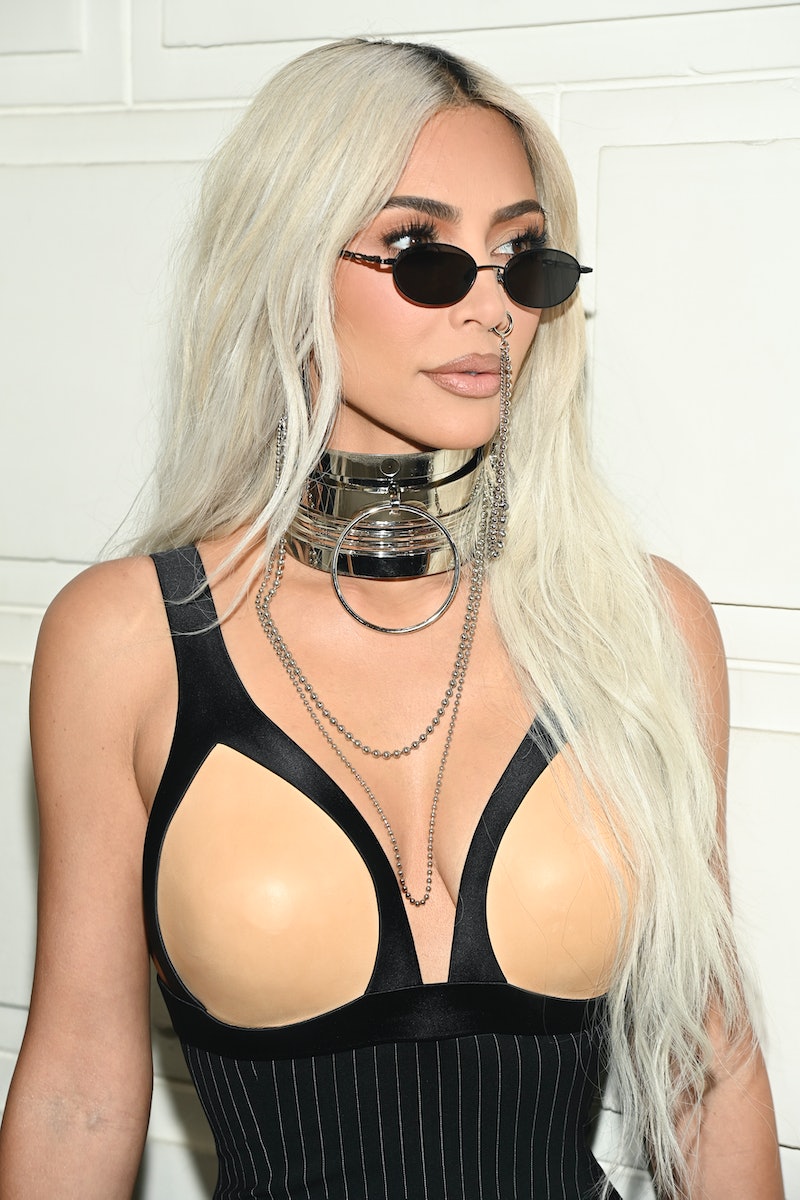 Today’s abundance of trendy, comfy workout clothes means you never have to sacrifice function for style at the gym — but you still can, if you want! Case in point? An Aug. 13 Instagram video from Kim Kardashian, where the Skims founder wears a nude bikini and thigh-high boots with heels to work out — or at least, pose on the equipment and vibe in front of the mirror. “Gym time,” she captioned the post, set to Ciara’s cover of “Paint It, Black.” The singer was honored to be included — “Well Alright then,” she commented with a series of emojis.

Khloé Kardashian was pretty into the video, too, commenting that she’d actually worn the same ’fit to the gym that morning — which would make it the sisters’ second twinning moment in a month, after the pair wore matching black bikinis on vacation. Sure, the skimpy ensemble can’t be that practical for working out — it’s basically the antithesis of the comfy attire needed for, say, Kate Glavan’s “Fugly Girl Stroll” on TikTok — but it’s a fun fashion moment nonetheless.

And of course, Kardashian has proven her ability to exercise is less-than-ideal conditions before — like earlier this year on The Kardashians, when she called Khloé to let her know about Tristan Thompson’s paternity scandal in the middle of a workout.

In addition to the eye-catching sartorial choices, the aesthetics of Kardashian’s gym video were... well, a lot! Instead of posing with her signature selfie accessory, an iPhone, the reality mogul holds a camcorder for parts of the video. Much of the grainy vignette was also super dimly lit, with harsh flash highlighting Kardashian’s outfit — relatively low-tech, compared to Kardashian’s latest tech venture: a new line of earbuds with Beats.

It’s unclear if Kardashian was filming for a specific project or just having fun — but whatever the artistic inspiration for Kardashian’s video shoot, the timing had many commenters thinking about her ex Pete Davidson, from whom she reportedly split just one week earlier, according to E! News. They still have “a lot of love and respect for each other,” a source told the outlet, but time and distance “made it really difficult to maintain a relationship.”

While they are reportedly handling things amicably, Kardashian’s ex-husband Kanye West is having fun at the former couple’s expense — sharing an Instagram post with a fake newspaper headline, “Skete Davidson Dead at Age 28.”