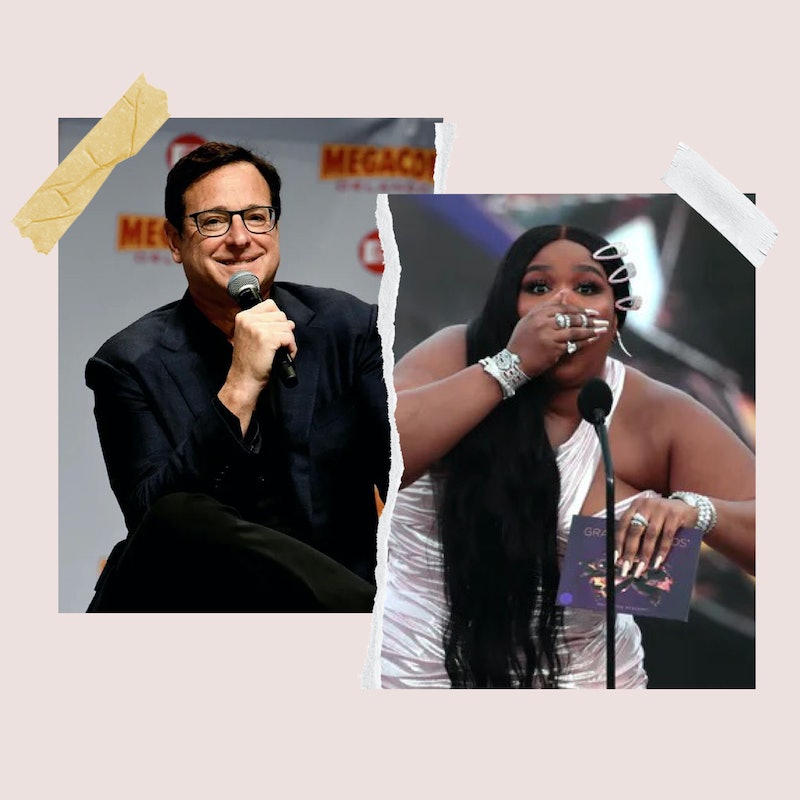 In an unexpected plot twist, Lizzo’s biggest fan might be Danny Tanner. On Aug. 24, Full House star Bob Saget posted a TikTok video of himself lip-syncing “Rumors,” Lizzo’s new collaboration with Cardi B. But the most hilarious part was the “Truth Hurts” singer’s reaction video, which proves she was just as shook by the Danny Tanner actor’s love of the song as you were.

In the new TikTok posted on Aug. 25, Lizzo watches in amusement as Saget smokes a huge cigar and lip-syncs the intro of “Rumors.” She then did the infamous “cut it out” motion that Dave Coulier created on Full House as the lovable Joey Gladstone. She captioned the video, “You got it dude,” referencing Mary-Kate and Ashley Olsen’s most famous line as Danny’s youngest daughter, Michelle Tanner. Saget has yet to respond to Lizzo’s TikTok reaction, but if he doesn’t, Stephanie Tanner would surely set him straight by telling him, “How rude!”

Lizzo has never stanned Full House publicly before now, but this isn’t the first time that she’s used TikTok to make her many fandoms known. In April 2021, the artist revealed that she drunk-DMed Chris Evans in a TikTok video, and showed the hilarious message he wrote back. Since then, she constantly gushes about the Captain America star, even jokingly starting pregnancy rumors in August. Just last week, Lizzo sported a fake baby bump on TikTok after seeing user @maryscartoons “blend” pictures of her and Evans to see what their baby looked like. FYI, even Evans is excited to become a faux father.

Sadly, this Lizzo and Full House crossover didn’t come in time for the singer to make a guest appearance on Netflix’s reboot Fuller House. The revival series ended in June 2020 after five seasons on the streaming service. However, the cast would still love to return as their famous characters once again, and are already hoping for another reboot down the line. “We've seen Kimmy, DJ, and Stephanie since they were 5 and 10,” star Andrea Barber told TV Insider. “Let's continue it into our 60s.” If this happens, it’s time for Lizzo to meet her biggest fan.