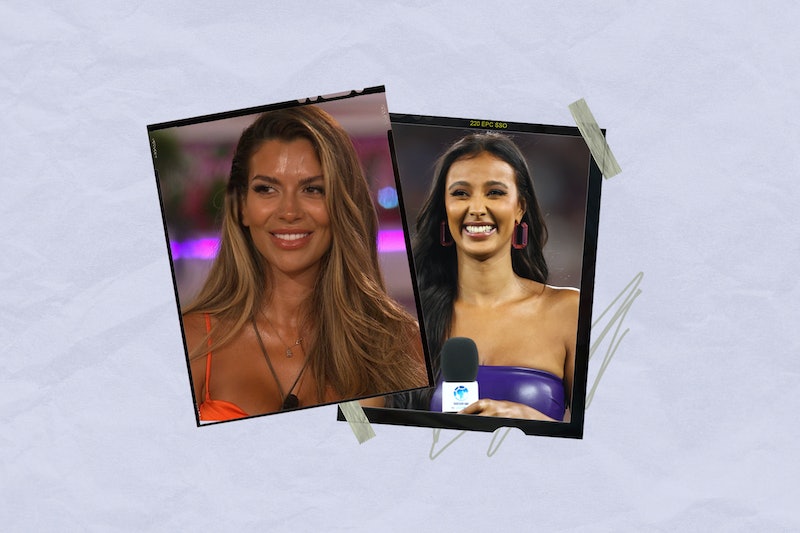 With two series of Love Island in the pipeline for 2023, you’re probably wondering who on earth will host them now that Laura Whitmore has announced her departure from ITV2’s popular dating series. The former presenter announced on Aug. 22 that she’ll be leaving Love Island due to other work commitments, leaving hosting duties up for grabs.

It wasn’t long before fans started to speculate who could fill the role on social media. Twitter had a field day coming up with ideas, including ex-Islanders and other experienced hosts from other reality shows. The leading choice when Whitmore first announced her departure was Love Island 2022 winner Ekin-Su Cülcüloğlu. But, as amazing as that would be, it’s unlikely due to the projects she’s got lined up following hers and Davide Sanclimenti’s win.

On Oct. 1 an unconfirmed report from The Sun seemed to suggest hosting duties had been given to Maya Jama, who has been rumoured to be ITV’s number one choice for quite some time. However, the report seems to be a rumour for now; the broadcaster has confirmed to Bustle that it will announce Love Island’s new host “in due course” and did not comment on Jama’s appointment. However, it wouldn’t be the first time viewers have called for Jama to host the popular show. The idea of Jama fronting Love Island was suggested in 2020, which she appreciated. “It’s a nice feeling that people want you to do something,” Jama told BBC Radio 1’s The Reality Tea podcast at the time. “It’s nice that people trust you would be good at doing your job on such a big platform.”

Of course, Cülcüloğlu and Jama aren’t the only two in the running, even if Twitter is pretty certain the gig is Jama’s already. Other suggestions include ex-Islander Maura Higgins, Made in Chelsea’s Sam Thompson, Alison Hammond, and even Gemma Collins. Below are more potential Love Island hosts that fans are hoping for.

This article was originally published on Aug. 23, 2022