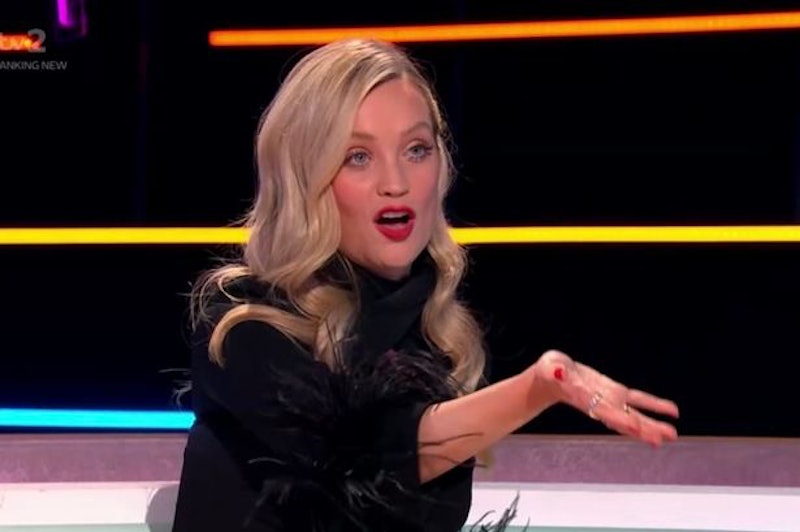 Following a successful summer for Love Island, which saw record-breaking viewership numbers, the show’s host Laura Whitmore has revealed she won’t be returning for the next series. The Dublin-born star made the announcement in a heartfelt Instagram post, where she also paid tribute to the show’s former host, the late Caroline Flack, from whom she took over the role in January 2020. Naturally, it wasn’t long before fans began to wonder who will present the hotly-anticipated Winter Love Island. But before we get to that, why has Whitmore walked away from the hit ITV2 franchise? Read on to find out.

Addressing her Instagram followers and fans, the presenter — who is married to Love Island narrator Iain Sterling — said: “There are certain elements of the show I’ve found very difficult, that cannot be changed some due to the format, including the flying back and forth to South Africa along with my new conflicting projects. I wish it was still possible, but know you’ll be in safe hands.”

Paying tribute to her late friend, the mum-of-one concluded: “I was only planning to fill in for Caroline for a series and it turned into three series. I hope I did you proud, Caroline.”

Whitmore became a temporary host for Love Island when Caroline Flack left the series following an incident at her home in December 2019. Whitmore then continued her hosting duties when Flack passed away in February 2020.

“Laura has been a fantastic host across the last three series of the show,” an ITV spokesperson said. “We are so grateful for everything she has brought to the programme, but understand and respect her decision, and we look forward to working with her on her upcoming ITV projects.”

Whitmore also left her BBC Radio 5 Live show in July 2022, which she had been hosting for four years. As for future projects, she announced on Aug. 11 that she’ll be making her West End debut in the psychological thriller 2:22: A Ghost Story from Sep. 6. The former Love Island host will be playing Jenny in a limited run at the Criterion Theatre. She’s also hosting a true crime podcast with her partner and Love Island narrator Iain Stirling, and is set to host her own docu-series aptly titled Laura Whitmore Investigates.

While it’s yet to be determined who will replace Whitmore, many fans have taken to social media to suggest their ideal host. Love Island 2022 winner Ekin-Su Cülcüloğlu is on many viewers’ wish lists, while Maya Jama is another firm front-runner.

More like this
Here’s What Happened To Every 'Love Island' UK Couple
By Bustle UK
We’ve Got A Text! Another 'Love Island' Series Is On The Way
By Darshita Goyal
Twitter Can’t Get Enough Of The Romance In 'Ekin-Su & Davide: Homecomings'
By Sophie McEvoy
'Love Island's Gemma & Luca Have Very Different Ideas About Their Break Up
By Frances Stewart and Sophie McEvoy
Get The Very Best Of Bustle/UK