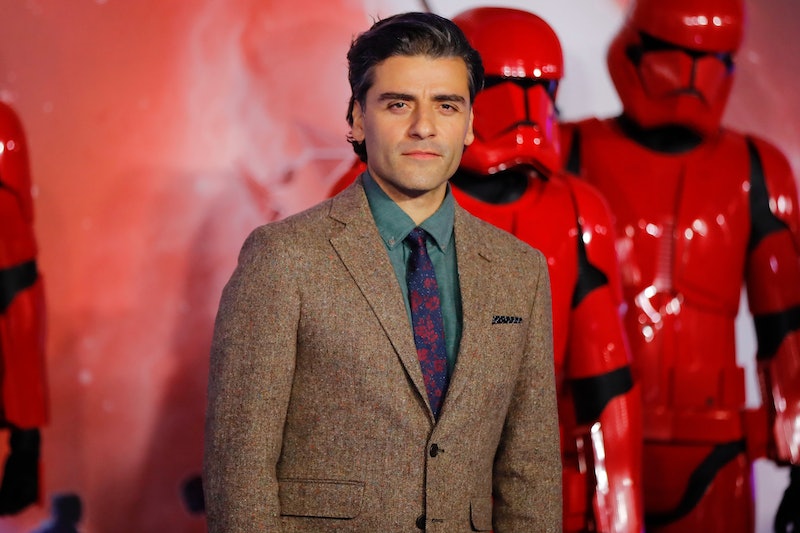 The MCU is welcoming Oscar Isaac into the fold as its next big superhero. The actor is going from Star Wars’ Poe Dameron to the titular character of Moon Knight in the forthcoming Disney+ miniseries. Moon Knight is best known as the fictional Marc Spector, a former Marine, CIA operative, and boxer who becomes a vigilante. The comic book character, first introduced in 1975, finds himself not only battling foes but also a dissociative identity disorder.

The six-episode series is a part of the MCU’s Phase Four, which includes titles released throughout 2021-2023, such as Black Widow and Spider-Man: No Way Home. With multiple projects ahead of it, fans will have to wait a bit until Moon Knight arrives on Disney’s streaming platform. Fortunately, there’s a good amount of information available about the series in the meantime. Here’s the scoop on everything Moon Knight, so far.

When Marvel Studios President Kevin Feige made his official Moon Knight announcement in 2019, he said that the show would be a “new action-adventure series” and described it as “something very unique and exciting for us,” per Entertainment Tonight. Feige added that the series’ protagonist “may or may not be infused with powers from Khonshu the Moon God — or he might just be crazy.”

Compared to DC Comics’ Batman, Moon Knight is also wealthy with an appetite for danger. Unlike Batman, however, Spector has many alter egos. There’s a high chance that Moon Knight will show how Spector’s dissociative identity disorder lends to his multiple personalities. Also, the power of his brawn is dependent on the moon’s phases.

Mohamed Diab, Justin Benson, and Aaron Moorhead will direct the first season of Moon Knight. Diab is tapped to helm “a sizeable chunk of the episodes,” with Benson and Moorhead slated to direct “several” episodes as well, according The Hollywood Reporter.

In late 2020, Variety reported that Isaac was in talks to star as Moon Knight. The Ex Machina vet later confirmed that he was set to play the character of Moon Knight on the Mad Gene Media Instagram account in May 2021. (Mad Gene Media is Isaac and his wife/filmmaker Elvira Lind’s production company.) “WE ARE MOONKNIGHT @marvelstudios #moonknight,” read the caption. Behind Isaac’s head featured a number of Moon Knight comic book images.

Ethan Hawke is also on board the Moon Knight train as a villain, though his character’s name and origin story are currently unknown. However, Hawke did reveal on an episode of Late Night with Seth Meyers in August that he has based his character on late cult leader David Koresh. Koresh spearheaded the Branch Davidians religious sect and the infamous Waco siege of 1993.

In his interview with Meyers, Hawke also praised the production value of Moon Knight, emphasizing that it stands out even in a career as long as his. “I’ve been acting since I was 13,” he said. “Like, I did my first movie in 1985, OK? And that’s a long time ago. And these are the best sets I’ve ever been on in my life. The costumes, the set, the production design, the cinematography, all those elements are kind of mind-boggling.”

The Training Day actor further explained that he scored his mysterious Moon Knight part thanks to a chance meeting with Isaac in their Brooklyn neighborhood. “I was at a coffee shop, and he came up to me, he’s like, ‘Hey, I really liked The Good Lord Bird,’” Hawke said. “I was like, ‘Oh, cool, yeah. I really like your work. You’re amazing.’ He’s like, ‘Hey, want to be in the Moon Knight with me?’ I was like, ‘Yeah.’ So it happened the right way, you know?”

Ramy actor May Calamawy and French star Gaspard Ulliel have also joined Moon Knight. At the moment, Calamawy’s role is also unknown, just like Hawke’s, but Ulliel is confirmed to portray Anton Mogart/Midnight Man. In the Moon Knight comics, Midnight Man is known as a thief of art and jewelry who catches the ire of Moon Knight.

Several fan-made trailers for Moon Knight have been posted on YouTube, but an official one for the Disney+ miniseries has yet to drop. That will come closer to the miniseries’ premiere.

Moon Knight is expected to arrive sometime in 2022 on Disney+. There will be six episodes, and each will be around 40-50 minutes long, per Collider.

This post will be updated with as more information about the cast, plot, trailer and release date of Moon Knight becomes available.