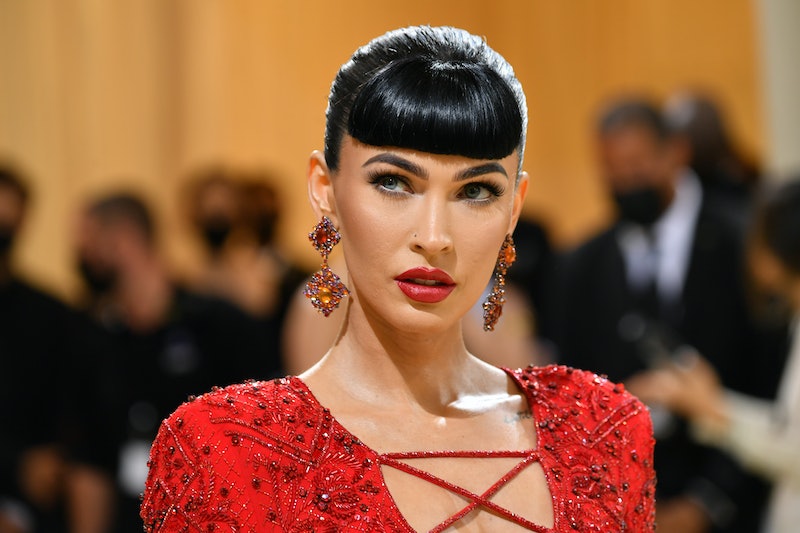 Megan Fox has long been considered one of Hollywood’s hottest, and now she’s embracing it. The Jennifer’s Body actor attended the Met Gala in New York City on Sept. 13 wearing a red Dundas gown, and when host Keke Palmer asked what it’s like to be considered a Hollywood “sex symbol,” Fox answered honestly and said that being sexy makes her feel powerful.

“I’m not afraid to be sexy,” the 35-year-old movie star responded. “A woman who is intelligent and also knows how to weaponize her beauty … there’s nothing more dangerous than that. There’s nothing more powerful than that.” Fox’s appearance at the Met Gala marked the second night in a row that her ensemble made headlines. On Sept. 12 at the MTV VMAs, the Transformers star wore a sparkly see-through Mugler dress.

Fox told Palmer that all women should “embrace the fact that as the divine feminine, we have a lot of power.” In the past, Fox has been sexualized by the media, so choosing to embrace her sexuality is what helped her take that power back and regain control of the narrative. “Instead of rejecting it, I’m happy to embrace it and go for the sexy,” she added.

Fans don’t have to look any further than Fox’s Instagram for proof that she’s embraced being a sex symbol. In a new side-by-side photo post showcasing both of her looks from the VMAs and Met Gala, Fox wrote, “Just me out here ignoring and defying all of your puritanical emotionally repressed projections of what a woman should be.” And after the VMAs, she took to the social media app to share a series of photos in her sheer dress with boyfriend Machine Gun Kelly.

Earlier in the week, she posted a photo of herself in black lace “business” attire.

In the past, Fox has been very vocal about being sexualized and slut-shamed, despite being married to then-husband Brian Austin Green for a decade. “I’m going through some stuff right now where perceptions are still very misogynistic and sexist and one-sided,” Fox told Entertainment Tonight a few months after sparking up a romance with MGK. “For whatever reason, people are very trigger happy to call me stupid or call me vain or call me a slut, which is crazy. I was in the same relationship for 15 years, you know? It’s bizarre.”

Now that Fox has spent more than a year in a relationship with MGK, it’s clear that their romance is more than just skin-deep. In a July 2021 interview with InStyle, Fox said “everything exploded” when she met the rocker, whose real name is Colson Baker. In that same interview, the “My Ex’s Best Friend” crooner waxed poetic about her. “She’s like the earth,” he said. “When it’s summer, it’s the hottest summer. When it’s winter, it’s the most amazing chill. In the fall and spring, it’s a beautiful transition. She is unlike any person I have ever met in my life.”

More like this
'Bachelorette' Vet Clare Crawley Unveiled 2 Special Wedding Day Accessories
By Stephanie Topacio Long
Instagram & Facebook May Finally Lift Their Notorious Nudity Ban
By Allie Fasanella
Harry Styles Is Performing At The 2023 Grammy Awards
By Jake Viswanath
Brad Pitt Wants To Share The Spotlight With This Celeb In Shania Twain’s “That Don't Impress Me Much”
By Alyssa Lapid
Get Even More From Bustle — Sign Up For The Newsletter
From hair trends to relationship advice, our daily newsletter has everything you need to sound like a person who’s on TikTok, even if you aren’t.