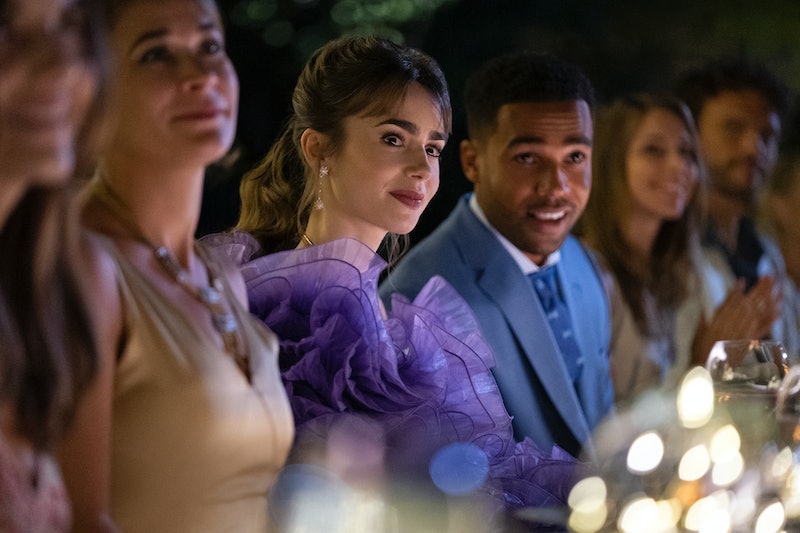 Spoilers ahead for Emily in Paris Season 3. At the end of a long year, fans are devouring the sweet treat that is Emily in Paris Season 3, which dropped just in time for the holidays on Dec. 21. Sure, the series may not always be the most realistic depiction of a young woman’s personal and professional life (how does Emily afford all those clothes, again?), but that’s exactly what makes it so good.

Fortunately, it seems that Emily in Paris Season 3 was as fun to make as it is to watch. “I was thrilled with the scripts and really felt the joy — it was very palpable,” Kate Walsh, who plays Madeline, recently told Bustle.

Even with all the whimsy, though, there was still plenty of drama. While Emily and Gabriel seemed to be in a good place with Alfie and Camille, respectively, the cracks were beginning to form: Camille was cheating on Gabriel with a new love interest, Sofia, and waited until she was at the altar with Gabriel to break things off with the would-be groom. She also claimed that Emily and Gabriel were still in love with each other, which led Alfie to walk away from Emily (but hopefully not the show!) altogether. Then, in the final scene of Season 3 came an even bigger twist: Camille is pregnant.

Naturally, fans took to Twitter to react to all the twists. At first, many were simply having fun basking in the escapist fun that comes with an Emily in Paris marathon — which is basically required holiday season viewing, at this point.

Of course, there’s some romantic drama to attend to.

Now, it’s safe to say that every Emily in Paris love interest is extremely swoon-worthy — but for many viewers, the choice was clear: Team Alfie. Granted, after the events of the Emily in Paris Season 3 finale, that doesn’t seem possible anymore. “I’m nobody’s second choice, Cooper,” he tells her in the final moments of Season 3. “Now, go get your man.” But alas:

We know where Lucien Laviscount, who plays Alfie, stands on the matter. “Alfie opens up Emily’s fun side, her dark side, her naughty side,” Laviscount told Bustle last year. “And I think Alfie’s a great escape from her work life, which she loves so much. But I think everyone needs an escape sometimes.” (Laviscount also just loves Paris, he said, so here’s hoping Alfie returns for Emily in Paris Season 4.)