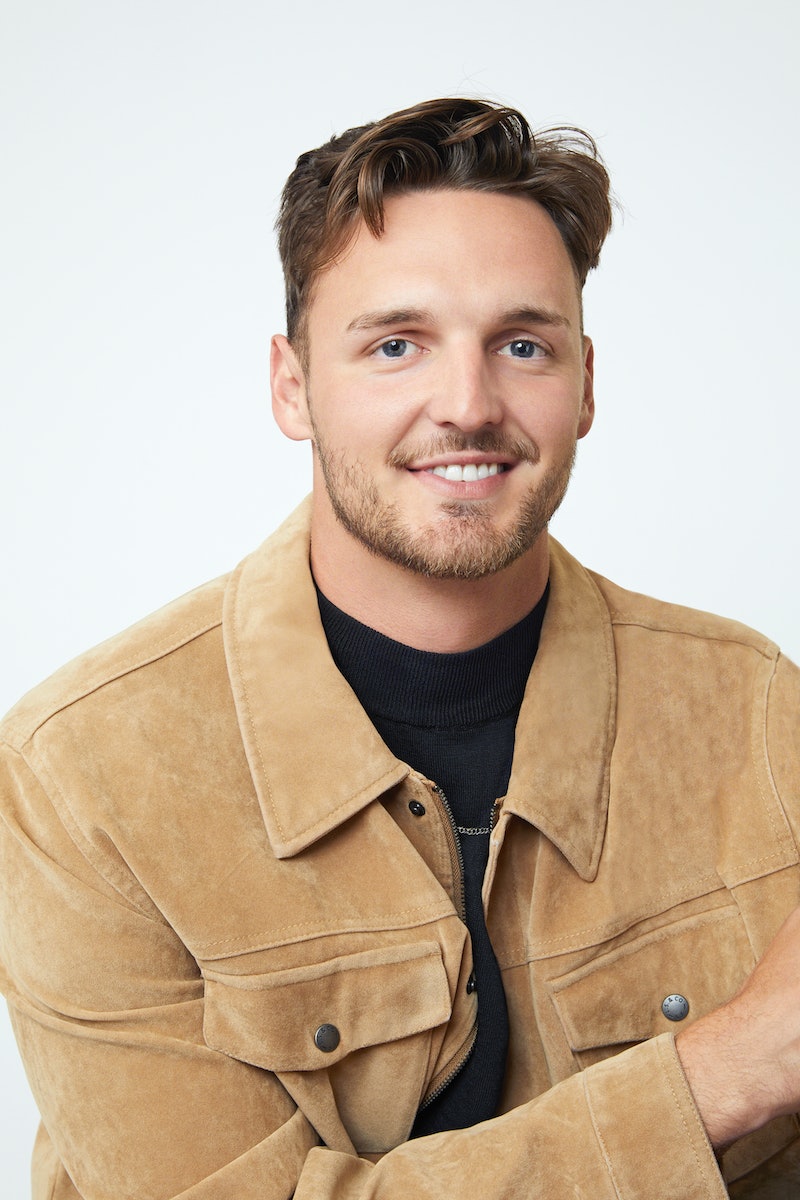 During the Aug. 8 episode of The Bachelorette, Logan Palmer switched teams. He finally admitted to Rachel Recchia that Gabby Windey was the woman he had stronger feelings for instead. The long-anticipated reveal happened right at the start of the episode — before Logan was set to join Rachel’s men on a group date. “I feel like something’s kind of been holding me back a little bit,” he begins. “A feeling that I’ve kind of been anchored down by.” (Hey, a cruise pun!)

The San Diego-based videographer — who fans predicted might cause a Bachelorette love triangle early on — went on to explain that he had to skip the group date and formally leave Team Rachel. “It’s been hard for me moving forward, to kind of forget about that connection [with Gabby] ... I’m going to have to step away from pursuing things with you,” he said.

Despite his candor (which comes a few rose ceremonies late), Rachel didn’t let him off the hook. “I appreciate you telling me. I just wish it would have been earlier,” she said, ultimately leaving Logan’s fate to Gabby. “Well, good luck.”

Rachel canceled the group date and shared her feelings about the reveal in a confessional. “Everybody is leaving me,” she says. “It’s just like — the rejection just feels really awful, and it almost feels like I did something wrong ... I just don’t even know why I’m here.”

After breaking the news to Rachel, Logan let Gabby know next — and while she took the news well, acknowledging that Logan was the women’s “only overlap,” she consulted with Rachel right away.

Rachel said she’d want Gabby to send Logan home but understood that it was her decision. Still, some Twitter users thought Gabby keeping Logan around would be fair game — especially since Rachel kept Hayden Markowitz, despite him calling Gabby “rough around the edges.”

Still, nothing compared to the moment Logan sauntered into Team Gabby’s lounge with her lineup of men — who weren’t exactly thrilled to see him.

To the disappointment of many viewers — and surely, to Gabby’s men — Logan ultimately got the last rose of the night. “In all honesty, it was tough to see,” Johnny DePhillipo says in a confessional. “But weak links are gone. And sh*t is getting real. Everyone’s a hitter.”

Gabby had previously hinted at her decision-making process in an interview with Bustle — explaining that “Rachel was always on the forefront of my mind,” and “if anything were to happen like this, then my main concern would always be Rachel.” In the end, though, Rachel’s desire for Logan to leave was not carried out — at least, not this week.