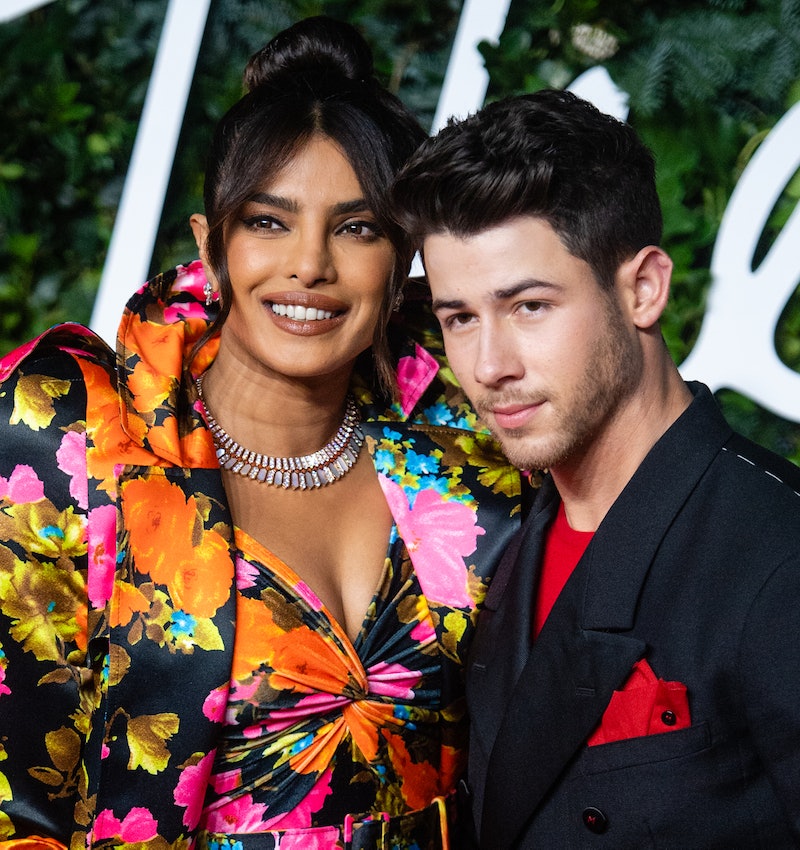 Nick Jonas and Priyanka Chopra have officially welcomed a child through a surrogate, the couple announced on Jan. 21. “We are overjoyed to confirm that we have welcomed a baby via surrogate,” wrote the Jonas Brother on Instagram. “We respectfully ask for privacy during this special time as we focus on our family. Thank you so much.” The child marks the A-list spouses’ first together, and they’ve yet to share any more official details about the baby’s identity. But according to a TMZ report, Jonas and Chopra’s surrogate gave birth to a baby girl on Jan. 15 at a Southern California hospital.

After meeting at the 2017 Vanity Fair Oscars Party, the pair attended the Met Gala together the same year but wouldn’t publicly begin dating for another year. A meet-cute at the 2018 Met Gala in May officially sparked their relationship, which the pair announced later the same month. Jonas then proposed to Chopra in July 2018, and they became officially engaged in August of the same year at a traditional Punjabi Roka ceremony held in Mumbai, India. The pair’s marriage commenced with two late 2018 ceremonies held in India, which respectively honored Chopra’s Indian culture and Jonas’ Christian background.

Shortly after the pair’s wedding, Chopra spoke to People about her and Jonas’ prospects to have children. “We both know that that’s something that needs to happen, but it’s not something I think about very much,” she told the publication in February 2019. “We’re both very driven, we love our work, we’re married to our work, and we’re both very supportive of each other’s work... We definitely want kids, and when the time is right, it will happen.”

More recently, she told The Sunday Times UK in January 2021: “I do want children, as many as I can have.”

The following month, Jonas spoke about his hopes of becoming a father during an interview with E! News. “We're blessed to have each other and have a hopeful heart for the future,” he said. “So many of these things are out of your control, but as long as the foundation of a couple is strong and you're excited about the possibility of that, it's bound to be a beautiful journey and we're excited to go on that.”

“It's going to be a beautiful journey, and I hope for many, or whatever that is,” continued Jonas. “We'll go figure that out when they get there, but for now it's just about making sure we're good.”

Minutes after Jonas and Chopra posted the Jan. 21 announcement on their social media pages, supportive comments from their celebrity friends began rolling in. Nick’s brothers Joe and Kevin both posted heart emojis in response to his post while musician Ryan Tedder of OneRepublic (who produced the Jonas Brothers’ “Sucker” and “What A Man Gotta Do”) wrote, “Omg HUGE CONGRAAAAAATS WOW WOW WOW.” Underneath Chopra’s post, Vanessa Bryant commented, “Congratulations,” and comedian Lilly Singh exclaimed, “AYE!!!!!!!! Can’t wait to cuddle them!!!”