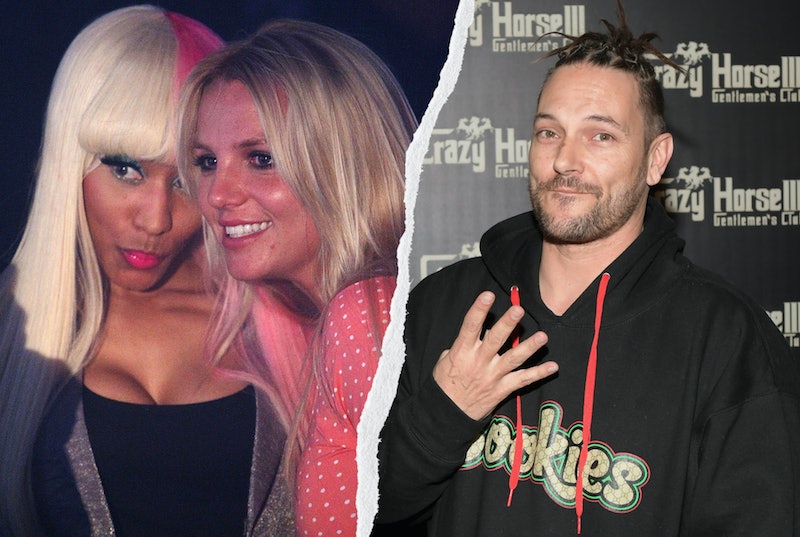 Following in the footsteps of Paris Hilton and Selena Gomez, rapper Nicki Minaj has become the latest celebrity to publicly support Britney Spears. This comes after the “Toxic” singer’s ex-husband Kevin Federline gave a TV interview whereby he said that their sons — Sean Preston, 16, and Jayden, 15 — are not currently talking to their mum. Federline also posted personal videos, filmed some years ago by his sons, showing Britney verbally disciplining them.

Minaj, who appeared on the remix of Spears’ 2011 track “Till The World Ends,” called out Federline directly in the new episode of her Queen Radio show. She reasoned: “Do you understand what kind of a clown you have to be, to be a whole grown f*cking man and as soon as you see somebody happy and getting married and moving on and being free and feeling good in their own skin… you do the very thing that you know is going to attempt to break them down? Going to the media.”

She continued: “Only cowards use the media against a famous person who they once loved, they procreated with… they once were being taken care of by.”

Making reference to Spears’ teenage boys, the rapper concluded: “She [Britney] loves her kids more than life itself. How dare you encourage this woman’s children to be a part of your nonsense. They’re kids — they don’t know how detrimental this is, but you know. Leave her the f*ck alone.”

Spears and Federline, her former backup dancer, were married from 2004 to 2007. After overturning a 13-year-long conservatorship in late 2021, Spears married Sam Asghari, her love of five years, in a small ceremony earlier this summer. In a new interview, Federline confirmed that his and Spears’ teenage boys opted not to attend the wedding, having chosen to distance themselves from her.

“It saddens me to hear that my ex husband has decided to discuss the relationship between me and my children,” Spears wrote back on Instagram, in a now-expired story. “Only one word: HURTFUL.”