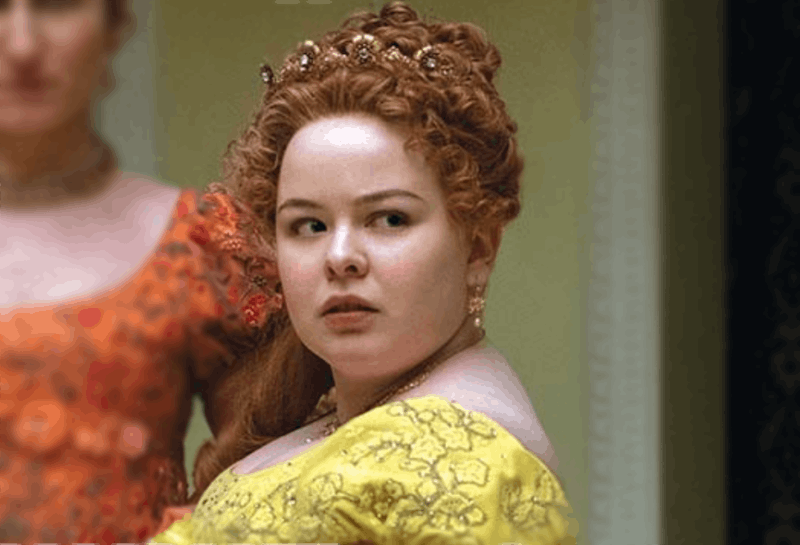 Fans are eagerly awaiting the third chapter of Netflix’s Regency-era drama Bridgerton. The show is based on Julia Quinn's hugely-popular novel series and, although exact details of Season 3 are being kept mostly under wraps, we do know that it will depart from the source material. Instead, it will skip ahead a few novels and focus on the relationship between Penelope Featherington and Colin Bridgerton, portrayed by Nicola Coughlan and Luke Newton. The popular duo have been nicknamed “Polin” by devoted fans, who are eager to see the friends become something more.

However, some viewers have voiced their disapproval of the change in direction, sparking lead actor Coughlan to defend the upcoming season. “Why even adapt the show when they are so set on deviating from the books in order and story,” wrote one disgruntled viewer on Twitter, referencing the decision to stray from the original novels. “At least I know I can skip Season 3,” another user commented.

As per Digital Spy, Coughlan, whose character is behind the anonymous Lady Whistledown persona, took to Instagram on Oct. 2 and addressed some of the recent viewer backlash. “Loads of people get mad at me for things Penelope did, but I really didn’t do them because it’s a script and I see the words and do acting,” the Derry Girls star wrote on her Instagram Stories. “I will never have any say over storylines, what order stories are going in, what’s on posters, who’s on posters, who’s doing what press. That’s, like, way beyond my skill set.”

Bridgerton Seasons 1 and 2 closely followed the first two novels from Quinn’s book series. As Variety notes, the third novel largely centres on Benedict Bridgerton’s romantic relationships. However, that story has now seemingly been put on hold by Netflix.