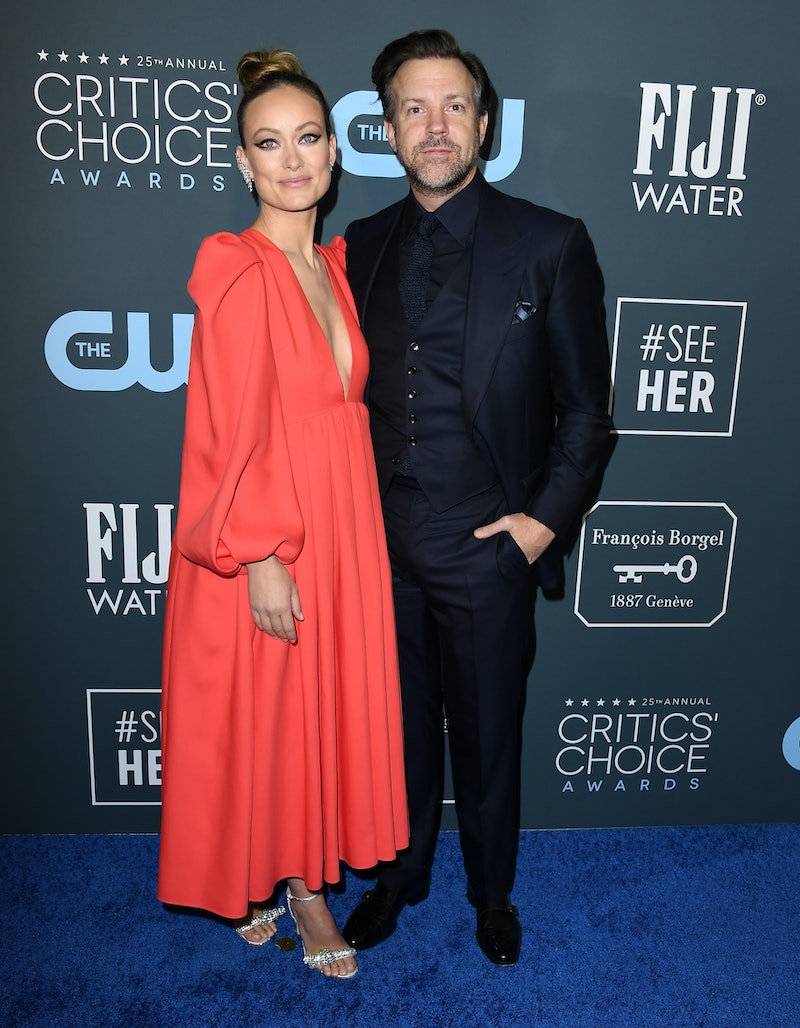 In August 2022, celebrated actor and budding director Olivia Wilde won a custody battle in a New York court against her ex Jason Sudeikis after he filed for custody of their two children. The fellow actor issued Wilde with papers as she was speaking on-stage at CinemaCon in April of this year. In a court filing, Wilde — who is dating Harry Styles — broke her silence and addressed the embarrassing moment, criticising Sudeikis for his “outrageous legal tactics.” But what exactly is happening in the custody case between Wilde and Sudeikis?

According to court documents obtained by the Daily Mail, Wilde said that “Jason's actions were clearly intended to threaten me and catch me off guard. He could have served me discreetly, but instead he chose to serve me in the most aggressive manner possible.” She went on to say, “The fact that Jason would embarrass me professionally and put our personal conflict on public display in this manner is extremely contrary to our children's best interests.”

Now, in an interview with Variety, Wilde has called out Sudeikis’ actions publicly for the first time, describing the “deeply painful” on-stage incident as an “attack.” She continued: “It was my workplace. In any other workplace, it would be seen as an attack. It was really upsetting.”

“There was a huge breach in security, which is really scary,” Wilde added. “The hurdles that you had to jump through to get into that room with several badges, plus special Covid tests that had to be taken days in advance ... this was something that required forethought.”

Speaking to Variety, the Booksmart director also revealed that being served the papers in such a manner “was not something that was entirely surprising.” She added, “I mean, there’s a reason I left that relationship.”

The Ted Lasso actor added that he’s “deeply upset” about Wilde being handed custody papers by a server while on stage in front of thousands of people, and continues to “feel great distress at the manner in which service was made.”

“I understand that the process server had only done her job; however, I deeply regret what happened. Olivia's talk was an important event for Olivia, both professionally and personally, and I am very, very sorry that the incident marred her special moment.”

Wilde and Sudeikis split in 2020 after a decade-long relationship, and amicably co-parented their two children after their separation, splitting their time between Los Angeles, London, and New York by sharing custody with alternating weeks of “parental access.” The arrangement fell apart, however, when the former couple disagreed over where to call the children’s permanent home.

Wilde’s intention was to stay in Los Angeles before possibly relocating to London to live with her current partner Styles at the end of 2023. Sudeikis, meanwhile, wanted their two children to live with him in Brooklyn, New York — the city he considers to be their home, and where he plans to return after wrapping up filming for Ted Lasso.

Sudeikis expanded upon his reasons for filing for custody in the court documents, saying that he was initially “reluctant” because he continues “to care deeply for [Wilde].” However, “Olivia said that if I did not reside full-time in Los Angeles, she would allow me to spend time with Otis and Daisy on weekends and during vacation periods — thus depriving me of my right to parent the children during important periods of their lives,” Sudeikis claimed. “Second, Olivia said that she intended to relocate with the children to London following the close of school in 2023.” These two statements prompted the decision to file for custody, he explained.

As mentioned, a New York court ruled in favour of Wilde. “Judge Powell and this referee agreed that New York was not the home state of the subject children; but rather California was the children's home state,” per the Daily Mail. This means that the custody battle will now need to take place in the California courts.

This article was originally published on Aug. 12, 2022