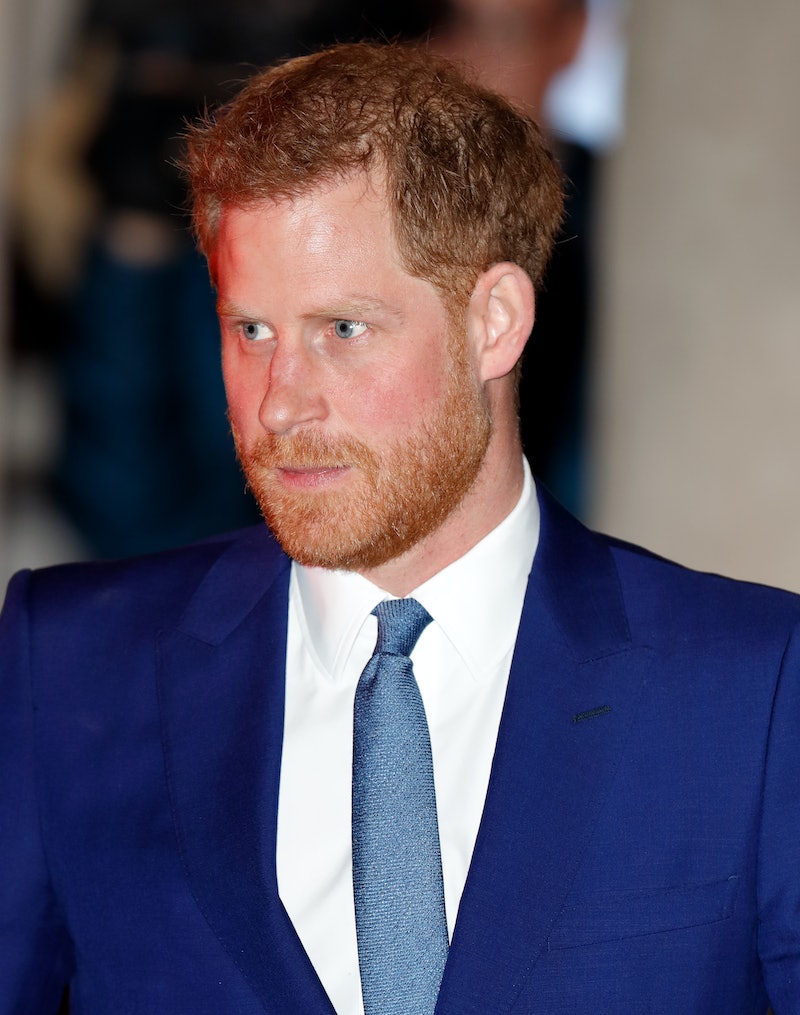 Ever since stepping away from their royal duties in Jan. 2020, Prince Harry and Meghan Markle have been consistently picking up new work projects. Through their non-profit company Archewell, the couple has signed a production deal with Netflix and launched a podcast with Spotify, and Markle narrated a Disneynature film titled Elephants, released in March 2020 — though she donated that income to charity. Earlier this week, Harry landed a new position as the chief impact officer of BetterUp Inc., a mental health-focused startup based in Silicon Valley, California, where he will help make decisions regarding product strategy and charity contributions. Less than 48 hours later, he’s scored another job at the Aspen Institute as one of 15 commissioners working to fight against misinformation in the digital world.

For his part-time role, Prince Harry will work on a six-month study on the state of misinformation and disinformation in the United States with the other 14 commissioners and three co-chairs — journalist Katie Couric, former director of the US Cybersecurity and Infrastructure Security Agency Chris Krebs, and Color of Change president Rashad Robinson. Other notable commissioners include former principal deputy director of national intelligence Sue Gordon, former Texas congressman Will Hurd, and Kathryn Murdoch, the co-founder and president of Quadrivium as well as daughter-in-law of controversial media mogul Rupert. Harry is one of three philanthropic participants in the group, with the other two being Murdoch and Marla Blow, the forthcoming president of the Skoll Foundation.

Funded by Craigslist billionaire Craig Newmark, the committee will first meet in April to begin work on the study. After about 60 days of research on the topic of misinformation, the commission aims to produce a report “that surveys and frames the information disorder problem, and prioritizes the most critical and urgent issues,” per a statement from the Aspen Institute. At that point, the group will shift its focus to solutions to the problem. Following his and Markle’s bombshell interview with Oprah Winfrey from earlier this month in which the couple discussed their mistreatment by the British tabloids, the new role is quite fitting for Prince Harry.

“As I've said, the experience of today's digital world has us inundated with an avalanche of misinformation, affecting our ability as individuals as well as societies to think clearly and truly understand the world we live in,” Harry said in a statement obtained by CNN. “It's my belief that this is a humanitarian issue,” he continued. “And as such, it demands a multi-stakeholder response from advocacy voices, members of the media, academic researchers, and both government and civil society leaders. I'm eager to join this new Aspen commission and look forward to working on a solution-oriented approach to the information disorder crisis.”

This new study and the proposed solutions could also lead Harry and Markle back to social media. In January 2021, Harry told Fast Company that they would “revisit social media when it feels right for us — perhaps when we see more meaningful commitments to change or reform.” If this initiative can take steps toward successfully curbing misinformation and reducing the number of false reports spread about them and many others online, it could bode well for those hoping to see the Sussexes on their favorite social platforms.