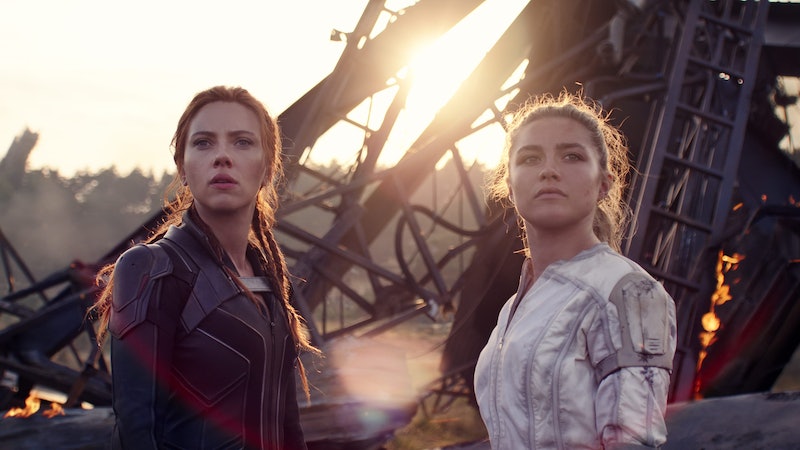 What do Natasha Romanoff, Yelena Belova, and Agent Carter’s Dottie Underwood all have in common? They’re all Black Widows, trained in the elusive Red Room Academy.

Marvel Studios’ highly anticipated Black Widow may have just come out this week, but like all installments in the Marvel Cinematic Universe, the film draws on an expansive backstory and ties into previously released movies. Remember the flashback scene in Avengers: Age of Ultron when Natasha (Scarlett Johansson) is dancing ballet and using weapons? It probably didn’t make sense at the time, but that was a taste of the Red Room, which are explored more intensely in Black Widow.

Despite the mystery surrounding the Red Room, its must famous alum, Natasha, is hardly new to the MCU. She appears in The Avengers, Age of Ultron, Civil War, Infinity War, and many more Marvel movies. But unless you’re a fervent Marvel nerd, chances are the Red Room doesn’t ring many, if any, bells — but never fear. Below, check out an overview of the Red Room and its Black Widow Program, from its origins to how it ties into the Marvel universe as a whole.

The Red Room dates back to the late 1930s

The Red Room is known for producing skilled, bloodthirsty assassins called “Black Widows.” (Yes, even though Natasha is known as Black Widow, she’s not the only one of her kind.) In the comics, the origins of the Red Room date back to before the Cold War, when young girls were recruited (or kidnapped) by KGB agents from the Moscow organization Department X, who brainwashed them into becoming resilient assassins. Originally, this was done under the auspices of the Winter Soldier Program — but what started out with 28 students soon expanded into an intense training regime for young girls called the Black Widow Program.

The Red Room aims to make the girls indestructible

The rigorous Red Room Training Program aims to strengthen physical and mental strength. Not only does this include combat and weapon training, acrobatics, tactical skills, and even daily ballet classes, but the participants are also psychologically hammered to make them unassailable. All of these elements are combined to make the girls “unbreakable,” or purportedly impervious to defeat. To prevent girls from escaping the Red Room’s confines, they are chained to their bed frames every night.

The Red Room’s program also includes some more unorthodox “training” methods, like brainwashing Black Widows with pro-KGB propaganda. For example, movies like Walt Disney’s Snow White and the Seven Dwarfs are used to teach the girls English — but they’re also edited to feature subliminal messages as a brainwashing tool, with the words “Fear” and “Pain” plastered across the screen in various scenes. Additionally, false memories are implanted into Black Widows during training to keep them oblivious to their sleeper agent status.

Not everyone in the Red Room is a Black Widow

Though the Black Widows are the focus of Black Widow, the Red Room houses many other training programs within its walls. Apart from the Winter Soldier Program, there is the Wolf Spider Program — the all-male counterparts to the Black Widows, who are also trained to act as infiltrating sleeper agents.

Apart from that flashback scene in Avengers: Age of Ultron, the Red Room has been referenced other times in the Marvel Cinematic Universe. ABC’s Agent Carter exposes some details about the brainwashing and training process by introducing Dottie Underwood, a Red Room-trained assassin who predates the Black Widow Program. Besides that, details about it have been kept under wraps. However, further exploration of the Red Room and its Black Widow Program could be forthcoming in Marvel’s Phase 4 films.