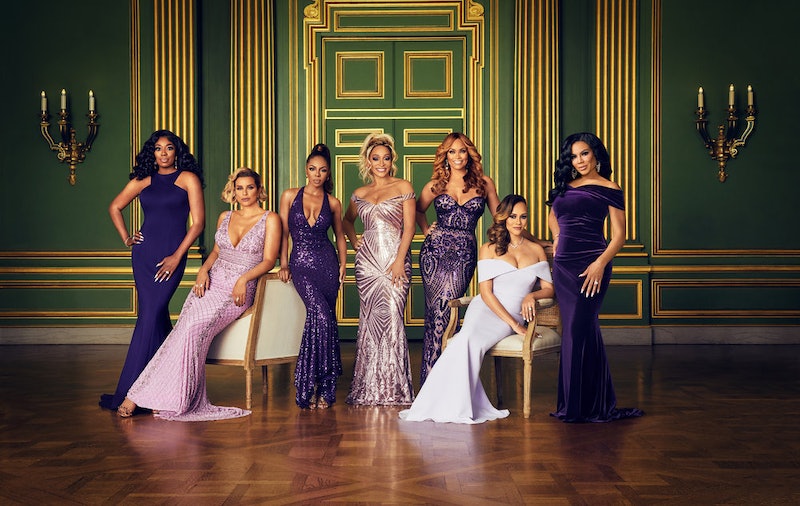 Bravo has yet to officially renew The Real Housewives of Potomac for Season 7, but there’s plenty of reason to believe the beloved reality series will be back. Part one of the Season 6 reunion scored season-high ratings with almost 1.2 million viewers — and Nicki Minaj hasn’t even showed up for her promised appearance yet. There also seems to be some unresolved issues left to explore.

The bad blood between Dr. Wendy Osefo and Gizelle Bryant, for example, appears to have persisted past filming for the reunion. During an appearance on Watch What Happens Live with Andy Cohen as recently as October, Gizelle said she’s “over” trying to reconcile with Wendy, who she called insecure. In turn, Wendy dismissed Gizelle as the “most insecure person” in the cast during an after show segment for WWHL, also accusing her costar of “[doing] things just to purposely hurt people.”

While that drama plays out offscreen, here’s everything we know about Season 7 so far.

Though most of the earlier installments of RHOP premiered in the spring, Bravo bumped the most recent two seasons to mid-summer. Season 6 reportedly filmed between January and May 2021 before premiering in July. If production follows the same schedule for next year, fans can likely expect a new season in early summer 2022.

The Season 6 cast included Wendy, Gizelle, Karen Huger, Robyn Dixon, Ashley Darby, Candiace Dillard Bassett, newcomer Mia Thornton, and “friend of” Askale Davis. However, none of the women have confirmed whether or not they’ll return for Season 7, and Bravo typically doesn’t announce casts until much closer to when new seasons premiere.

Executive producer Andy Cohen revealed during the Season 6 reunion that he often gets tweets telling him to fire Candiace. “They’re saying it in regards to the things that come out of your mouth,” he told the former Miss United States, who body-shamed Ashley after she had a baby and called Mia’s mother “low budget.” Andy also pointed out that Candiace is the “common denominator” in explosive onscreen altercations: she previously threw a butter knife at Ashley, tossed lettuce at Mia, and fought with RHOP alum Monique Samuels.

In fact, it was her physical confrontation with Monique in Season 5 that led Monique to leave the show last year, though she’s continued to be discussed in Season 6. During the reunion, for example, Monique’s infamous binder of receipts was referenced during the cast’s discussion about Gizelle’s split from Jamal Bryant. In August, Cohen even told Entertainment Tonight he thinks it “would be fun” to bring Monique back to RHOP, but she’s been clear that she doesn’t want to return to the Bravo series. The Mila Eve Essentials founder also told her Instagram followers that she hasn’t been watching the current RHOP season and only knows what’s been happening because fans keep tagging her in social media posts.

Depending on which cast members ultimately stay or leave, there could be some possible new Housewives in Season 7.

Bravo typically releases a trailer for the new season about a month before the premiere date, so fans can likely expect to get a first look at RHOP Season 7 in late spring or early summer 2022. This post will be updated as more details become available.