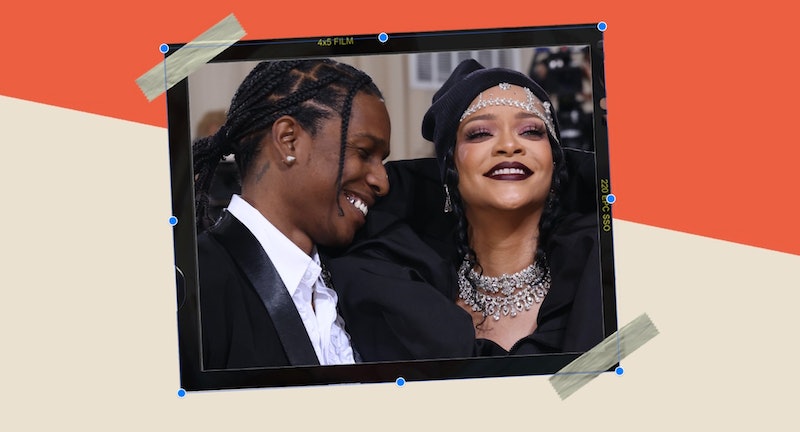 Taylor Hill/WireImage
By Ananya Panchal and Jake Viswanath
May 19, 2022

Fenty Beauty has found its potential successor. Rihanna reportedly welcomed a baby boy on May 13 in Los Angeles, according to TMZ on May 19. This marks the first child for both the 34-year-old singer and her boyfriend A$AP Rocky. Their baby’s name has yet to be revealed.

Before her baby’s arrival, Rihanna’s bump was immortalized at the Metropolitan Museum of Art. In lieu of her attendance at the 2022 Met Gala, the museum and Vogue built a marble statue of Riri proudly showing off her bump in couture. “Shut down the met in marble! what’s more gilded than that? Lol!” she captioned an Instagram video of the statue. “Thank you @metmuseum and @voguemagazine for this historic tribute! y’all bad for this one!”

The Daily Mail first announced Rihanna’s pregnancy on Jan. 31 by publishing photographs of her and A$AP walking around New York City’s Harlem neighborhood, where the 33-year-old rapper grew up, with her baby bump on full display. Riri then posted a bumpdate on Instagram, revealing the news to her 129 million followers. “How the gang pulled up to black history month,” she captioned the baby bump photo.

In March 2020, the billionaire singer told British Vogue that she wanted to be a mom to “three or four” children — regardless of whether she finds the right person or not. “They diminish you as a mother if there’s not a dad in your kids’ lives,” she said. “But the only thing that matters is happiness, that’s the only healthy relationship between a parent and a child. That’s the only thing that can raise a child truly, is love.”

Before welcoming their first-born, Rihanna starred in A$AP Rocky’s self-directed “D.M.B.” music video, which sparked rumors that they got engaged or even secretly married. In one scene, the rapper proposes to his girlfriend with a “Marry Me” grill, and the singer responds with a grill that reads “I do.” The two then got pretend-married, with Riri even sporting a red veil as they walked down the aisle. The video was filmed in the summer of 2020, before Riri got pregnant.

The new parents go as far back as 2012, when Rocky featured on a remix of Rihanna’s “Cockiness (Love It)” and performed the track with her at the MTV Video Music Awards. The two remained friends and often posed at fashion events over the years, before getting closer during the COVID-19 pandemic. PEOPLE reported that they were dating in November 2020, but it wasn’t until May 2021 that Rocky confirmed their relationship in a cover story for GQ, calling Rihanna “the love of my life” and “my lady.” Rocky was arrested on April 20 for his alleged connection in a November shooting, but Riri has stood by her man, supporting him at his first post-arrest show on May 1.

Given their history in the fashion industry, Riri and A$AP have become one of Hollywood’s most stylish couples, which has extended to her bold and freeing pregnancy style. The Savage x Fenty owner showed off her growing belly in low-rise pants and a latex crop top at Gucci’s FW22 show in Paris on Feb. 25. Riri was also seen shining bright like a diamond in a gorgeous silver two-piece that showed off her big baby bump at a Fenty Beauty event in Los Angeles on March 12.