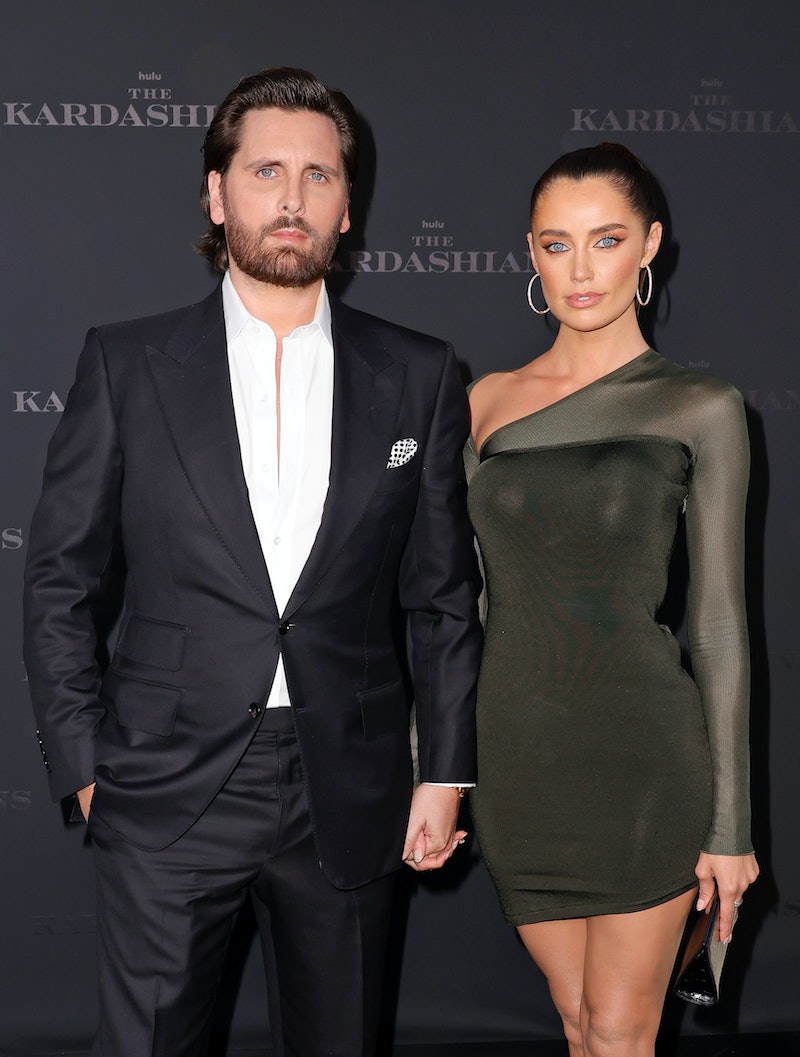 Following a string of casual romances, Scott Disick and his new love interest, Rebecca Donaldson, made their red carpet debut as a couple, holding hands on the red carpet at the April 7 premiere of Hulu’s The Kardashians in Los Angeles. As an eyewitness at Goya Studios told Entertainment Tonight that Disick, who appears in the new Kardashian-Jenner streaming series, introduced the UK-based model to friends Pete Davidson, Khadijah Haqq McCray, and Malika Haqq, at the end of the red carpet. Afterward, the attendee likened the pair’s interactions to those of a “fairly new” couple.

Meanwhile, Disick’s ex Kourtney Kardashian, with whom he shares children Mason, 12, Penelope, 9, and Reign, 7, also attended the event with her new fiancé, Travis Barker. ET’s insider further reported that Kardashian asked Reign if he wanted to “go say hi” to his dad, and though Disick was “being a hands-on father” and “seemed really happy” to see his 7-year-old son, Donaldson smiled at them while she “also kept her distance.” Later at the party, the new couple reportedly “did not mingle” with Kardashian and Barker, following the latter two’s “practice” Las Vegas post-Grammys wedding.

Weeks prior to the event, a source told Us Weekly that Disick “can’t stand being around” and “despises Travis” but is trying to look past it because he “adores his kids and would do anything to make them happy.” The insider also said that Disick felt “like Kourtney was the one that got away,” and he still couldn’t “wrap his head around the fact that they’re getting married soon.”

Disick, for his part, previously revealed that he’d given Kardashian his blessing to move on with other people, telling Andy Cohen during the June 2021 Keeping Up with the Kardashians reunion special, “I think if you really love somebody, you want them to be happy no matter what.” Even so, another source told People in December that he was having a rough time accepting Karadashian’s engagement to Barker. “He’s been doing the best he can but it’s been a very difficult time for him,” the insider said. “He’s looking for support right now.”

Following his September 2021 split from Amelia Gray Hamlin, Disick was romantically linked to models Hana Cross, Bella Banos, his ex Christine Burke, and, more recently, Too Hot to Handle alum Holly Scarfone. “Don’t be fooled — if he’s spotted with a new girl, it isn’t someone he’s serious about,” a source cautioned Us Weekly in November, saying that Disick told friends he wanted “to have some fun” after his breakup. “[He] isn’t in a rush to settle down with anyone special any time soon.”

Only time will tell if that’s still true. The Flip It Like Disick star and Donaldson sparked dating rumors after they were photographed holding hands around LA on April 5, and judging from their very public outing at The Kardashians’ premiere event days later, it’s possible “Lord Disick” might have found a lady that he is finally serious about.