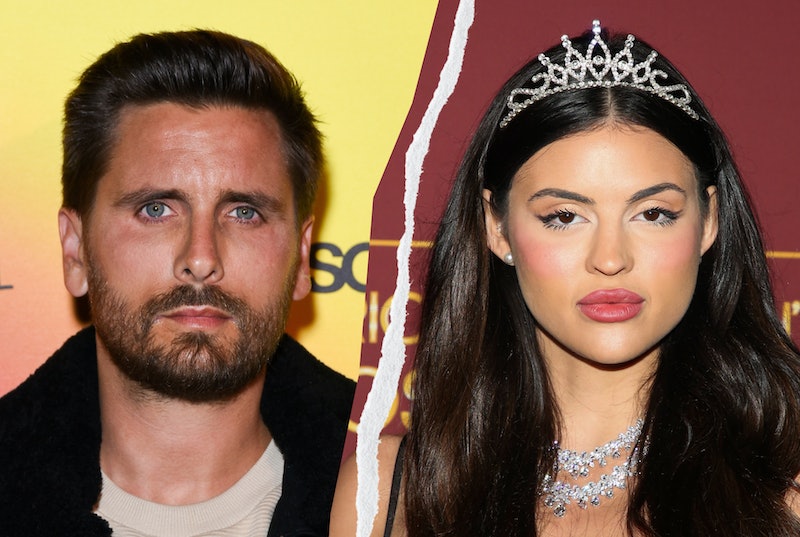 Since splitting up with ex and co-parent Kourtney Kardashian, Scott Disick has had his fair share of relationships and flings. Still, when Kourtney moved on to Blink 182 drummer Travis Barker, he didn’t take the news so well, even going so far as to criticize their relationship. When Kravis finally announced their engagement last Oct. 17, fans joked about checking in on Scott. On April 3, TMZ reported that Kourtney, 42, and Travis, 46, got married after attending the Grammys. While congrats may be in order for the happy couple, there’s no need to worry about Scott this time.

According to reports, Scott, 38, is in a rumored relationship with another reality star, the 23-year-old Holly Scarfone, and they’ve been getting flirty on Instagram. Holly is the latest woman linked to Scott, following reported romances with Sofia Richie, 23, Amelia Hamlin, 20, Hana Cross, 24, Christine Burke, 26, and model Bella Banos, 25.

Holly shot to public consciousness in January after debuting on Season 3 of Too Hot To Handle. She quickly became the dating show’s troublemaker, breaking rules alongside co-star Nathan Soan Mngomezulu, whom she immediately coupled up with.

When Holly spoke to Bustle in January, the Colorado-based star gushed about meeting Nathan’s family in London and shared that though they’ve “put a pin in” their relationship, they’re on “incredible terms” and that the door wasn’t closed.

A month later, Holly was reportedly spotted in Malibu with Scott, sparking romance rumors with the Keeping Up With The Kardashians alum and dad of three. In March, the two even spent time together in the most romantic city in the world and were pretty public about it.

On March 8, Holly posted a photo from Paris on her Instagram, wearing nothing but lingerie with the Eiffel Tower visible in the background. Scott reportedly asked for photo credit in the comments section, and Holly obliged by tagging him in the caption. “Lounging in the city of amour 🖤Photo creds @letthelordbewithyou,” she wrote.

Two days later, a source reportedly spoke to Entertainment Tonight to confirm that Scott “has been hooking up with Holly,” but “things between them are casual right now.” The source also explained Scott followed Holly to Paris and that Holly wasn’t seeing anyone else.

Some fans have pointed out, via Holly’s Instagram comments, that she bears an uncanny resemblance to Kylie Jenner, the youngest member of the KarJenner clan. The two are even around the same age, with the Kylie Cosmetics magnate merely a year older. Holly, apparently, doesn’t appreciate the comparisons.

Some people, however, aren’t convinced their relationship is real. In an interview with Slingo, two Too Hot To Handle alums insinuated Holly is milking the Scott fling for fame. Season 3 winner Harry Johnson said, “Holly loves it. Imagine a cow; Holly would milk it dry — in the nicest way possible.” When asked if Holly liked Scott, Harry replied, “'Nah, no way on god’s planet does she like Scott. Holly’s smart. I like her, but she’s smart.” Season 2 alum Cam Holmes added, “Yeah, she loves it... She knows what she’s doing, and she’ll do it to get where she needs to be.”