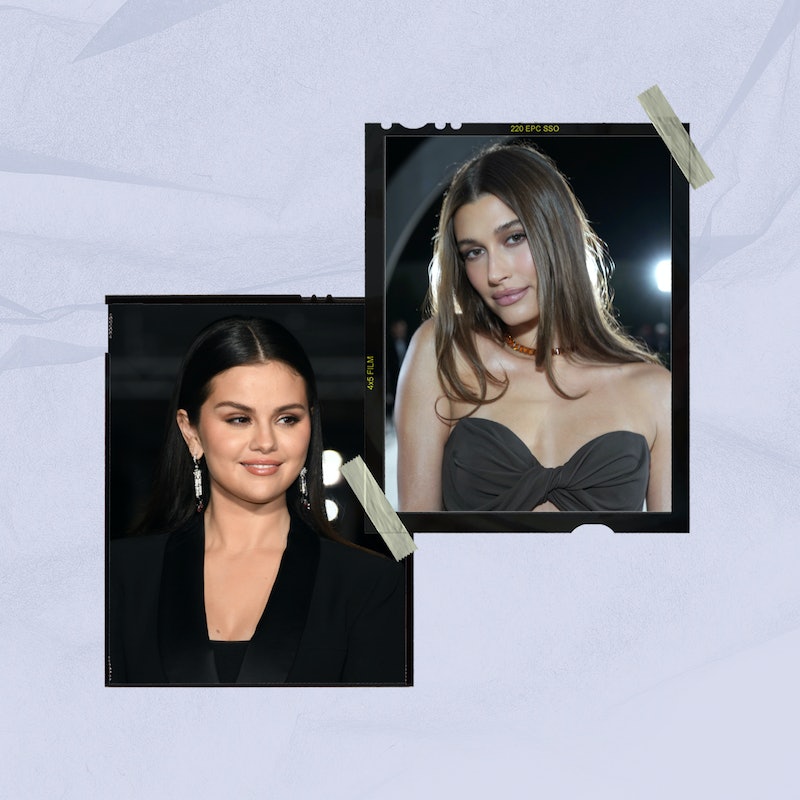 If you’ve been keeping up with your celebrity relationships over the years, you know there have been rumors of perceived tension between Selena Gomez and Hailey Bieber (who is married to Gomez’s ex, Justin Bieber). However, during the annual Academy Museum Gala on Oct. 15, the pair proved that they’re very much on good terms — friendly enough to pose for several photos together, in fact, including an all-smiles embrace.

Photographer Tyrell Hampton captured the sweet moment, simply captioned “plot twist.” Though the snap is missing from Bieber’s own photo recap, she made her feelings clear in the caption, describing the event as “a beautiful night.”

Last year, Hampton opened up to W Magazine about his approach to celebrity candids. (His past subjects have ranged from Kaia Gerber to Miley Cyrus.) “I like to think I live vicariously through all the people I photograph,” he said at the time. “And each photo is like one piece of a puzzle that makes the whole party.”

Though this is Gomez and Bieber’s first public meeting, they have been in touch behind the scenes. During a September appearance on the Call Her Daddy podcast, Bieber said there is “all love” between the parties, confirming that she’s spoken to Gomez since marrying Justin in 2018.

“That’s also why I feel like, well, if everybody on our side knows what happened, and we’re good, and we could walk away from it with clarity and respect, then like, that’s fine,” Bieber said.

Gomez, for her part, has also tried to quell fans’ feud theories and online hate on several occasions — including, most recently, in a live TikTok video. “If you support Rare [Beauty], I cannot thank you enough,” she said. “But know that you are also representing what it means. And that is, words matter. Truly matter.”

Though Gomez didn’t mention Bieber by name, fans speculated that she might have been subtly responding to the podcast episode — during which Bieber also shut down rumors that hearing chants about her husband’s ex made her cry on the Met Gala red carpet. “It wasn’t making me cry,” she clarified. “Although it’s a very disrespectful thing to do towards anybody, I felt like I had something in my eye. That just goes to show how out of context things can be seen.”

Fortunately, the context of the latest photos is much clearer — and happier!

More like this
Selena Gomez Confirms She's Single Amid Drew Taggart Dating Rumors
By Martha Sorren, Jake Viswanath and Jack Irvin
Austin Butler Recalls Lisa Marie Presley Showing Him Elvis’ Bedroom
By Jake Viswanath
Jameela Jamil Defends Sam Smith After Trolls Body-Shamed Them
By Jake Viswanath
The Jonas Brothers' New Album Has A Very Meta Name
By Alyssa Lapid
Get Even More From Bustle — Sign Up For The Newsletter
From hair trends to relationship advice, our daily newsletter has everything you need to sound like a person who’s on TikTok, even if you aren’t.