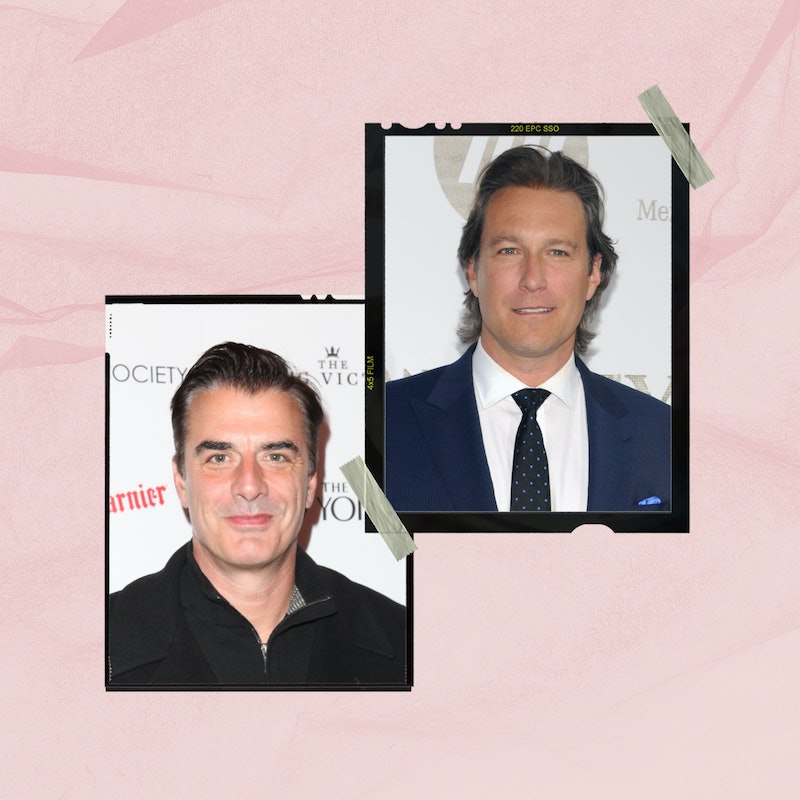 Carrie Bradshaw’s choices in Sex and the City have long been debated, from her finances (like spending all her rent money on shoes) to her outfits (some hits, some misses). But the most divisive conversations around the show’s protagonist center around her romantic decisions, particularly the choice between Aidan and Mr. Big, sparking a longstanding #TeamAidan vs. #TeamBig debate. Candace Bushnell, who wrote the original 1996 book anthology the series was adapted from, finally weighs in on which leading man she stands behind. And her answer may surprise you.

To recap, Carrie dates carpenter Aidan (John Corbett) in Season 3 but cheats on him with her on-again-off-again (and, at the time, married) beau Mr. Big (Chris Noth), causing the two to break up. The two eventually reunite and get engaged in Season 4 but ultimately break up again due to Carrie’s inability to commit. He moves on with someone else and starts a family. Meanwhile, the emotionally unavailable Big finally comes to his senses and commits to Carrie during the series finale. The pair tie the knot in the movie and live happily ever after... that is until the HBO Max reboot, And Just Like That..., where (spoiler alert!) Big dies.

On Jan. 4, after over two decades, Bushnell finally shared her thoughts on the SATC men. “When people ask me if I’m Team Big or Team Aidan, I loudly proclaim my love for Harry Goldenblatt,” the author posted on Twitter, to the shock and delight of fans.

Harry Goldenblatt, played by Evan Handler, is Charlotte’s (Kristin Davis) unproblematic lawyer husband. He wasn’t her usual type, but he was the “best sex” she ever had. They end up getting married and raising two daughters together. In the reboot, they’re still a strong family unit and still, err, satisfy each other’s needs.

While Bushnell’s take may be unexpected, Sarah Jessica Parker, who plays Carrie, is a huge Team Big supporter. In a January 2020 episode of The Bradshaw Boys podcast, she said, “Ultimately, Carrie should have ended up with Big. But it was a delight to mess around before she arrived at that.”

Corbett previously revealed he “always knew” Carrie would always end up with Big. In a 2017 appearance on Today, the My Big Fat Greek Wedding actor said, “It made sense to me because New York is a fifth character in this show. And Carrie needed to end up with New York, and Mr. Big is New York.” He added, “But I still have my legion of fans who were Team Aidan and were cheering for me.”

Well, the #TeamAidan camp may just have something to look forward to when the reboot returns this summer. In August 2022, Deadline confirmed that Corbett will be reprising his role in Season 2 of AJLT after being noticeably absent for the reboot’s first season (despite initially teasing a return). And after Big’s death (he suffered from a heart attack after his workout), Carrie is left wide open to date, making room for Aidan to possibly swoop in.

More like this
'GoT' Star Emilia Clarke Says She "Just Can't" Watch 'House Of The Dragon'
By Brad Witter
'Friends' Star Maggie Wheeler Offers Support To Matthew Perry After Reading His Memoir
By Alyssa Lapid
The 8 Best Aidan Shaw Moments On 'Sex And The City'
By Grace Wehniainen
Bill & Frank’s 'The Last Of Us' Episode Has Twitter Emotionally Wrecked
By Alyssa Lapid
Get Even More From Bustle — Sign Up For The Newsletter
From hair trends to relationship advice, our daily newsletter has everything you need to sound like a person who’s on TikTok, even if you aren’t.