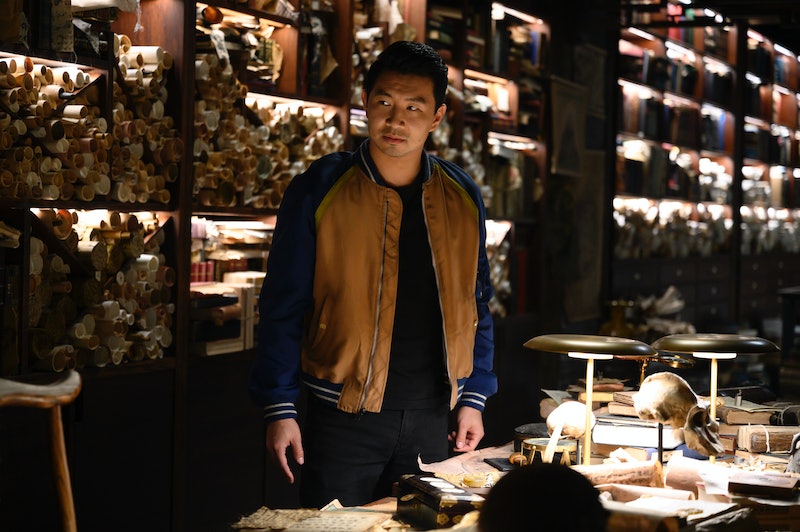 Fans of the Marvel Cinematic Universe know not to leave the theater as soon as the credits roll, as chances are, there’ll be a post-credits scene that teases what’s to come in future films. And with not one, but two such scenes, Shang-Chi and the Legend of the Ten Rings is no exception. Spoilers for Shang-Chi follow.

The film stars Simu Liu as the titular Shang-Chi (or “Shaun,” as he named himself upon entering America). He’s the son of Wenwu and Jiang Li, two warriors from different backgrounds with different values. Wenwu possesses the “Ten Rings,” which grant him immortality and superhuman strength; with these powers, he’s built a legendary villainous organization called the Ten Rings. When he falls in love with Jiang Li, who uses her talents to protect rather than intimidate, Wenwu locks away his powerful weapons to start a family with her. The rings remain out of sight until Jiang Li is killed, after which Wenwu returns to his bad-boy ways, and trains his son to follow in his violent footsteps. After carrying out his father’s bidding as a teenager, Shang-Chi escapes from his father’s compound to the United States, where he changes his name and hides from his past — that is, until he’s found years later.

Even though the Ten Rings are central to Shang-Chi’s plot, the film provides a little background on the deadly accessories. The real insight comes after the credits. Below, everything that’s revealed in Shang-Chi’s two post-credits scenes, including which familiar faces make cameos.

The film ends with Shaun and Katy (Awkwafina) hanging with their friends in a San Francisco bar, only to see Wong (Benedict Wong) — the “Master of the Mystical Arts” who has appeared in Doctor Strange, Infinity War, and Endgame — appear out of nowhere and instruct them to follow him. This is when the first set of credits roll, followed by the first post-credits scene.

The sequence sees Wong bring the pair to Kamar-Taj to examine the rings. Also present via hologram are Captain Marvel (Brie Larson) and Bruce Banner (Mark Ruffalo) — aka The Hulk, albeit in human form — who inform Shaun and Katy that while they’re also unsure about the the Ten Rings’ origin, they’re certain the rings are well over 1,000 years old.

The rings’ power was felt all the way to Kamar-Taj.

Wong says that when Shang-Chi first used the rings, their power was felt in Kamar-Taj, prompting him to investigate. While the rings don’t match any artifacts from Wong’s codex, the experts assembled deduce that the Ten Rings are sending a beacon-like message. This is all that’s revealed before Captain Marvel and Banner exit.

Wong says Shaun and Katy’s lives are about to change forever. Instead of ruminating on their newfound responsibilities, though, the pair gets wasted with Wong, leading to a drunken karaoke performance of the Eagles’ “Hotel California.”

The final post-credits scene centers on Xialing (Meng'er Zhang), Shang-Chi’s sister who once ran an underground fight club in Macau. She’s seen in her childhood bedroom taking down kitschy posters from her youth; audiences learn that she’s now in charge of her father’s compound, which she operates alongside Razorfist (Florian Munteanu). Unlike when her father ran the compound, both men and women are seen training in Xialing’s fighting force. And true to her aesthetic, the place is now decked with colorful graffiti.

More like this
The 50 Most Powerful Characters In The Marvel Universe, Ranked
By Johnny Brayson and Nola Pfau
Lego Just Announced Its 'Black Panther' Set Release Date
By Maxine Harrison
Lin-Manuel Miranda & Tituss Burgess React To 'Little Mermaid' Casting Backlash
By Radhika Menon
The 'Andor' Timeline, Explained
By Gretchen Smail
Get Even More From Bustle — Sign Up For The Newsletter