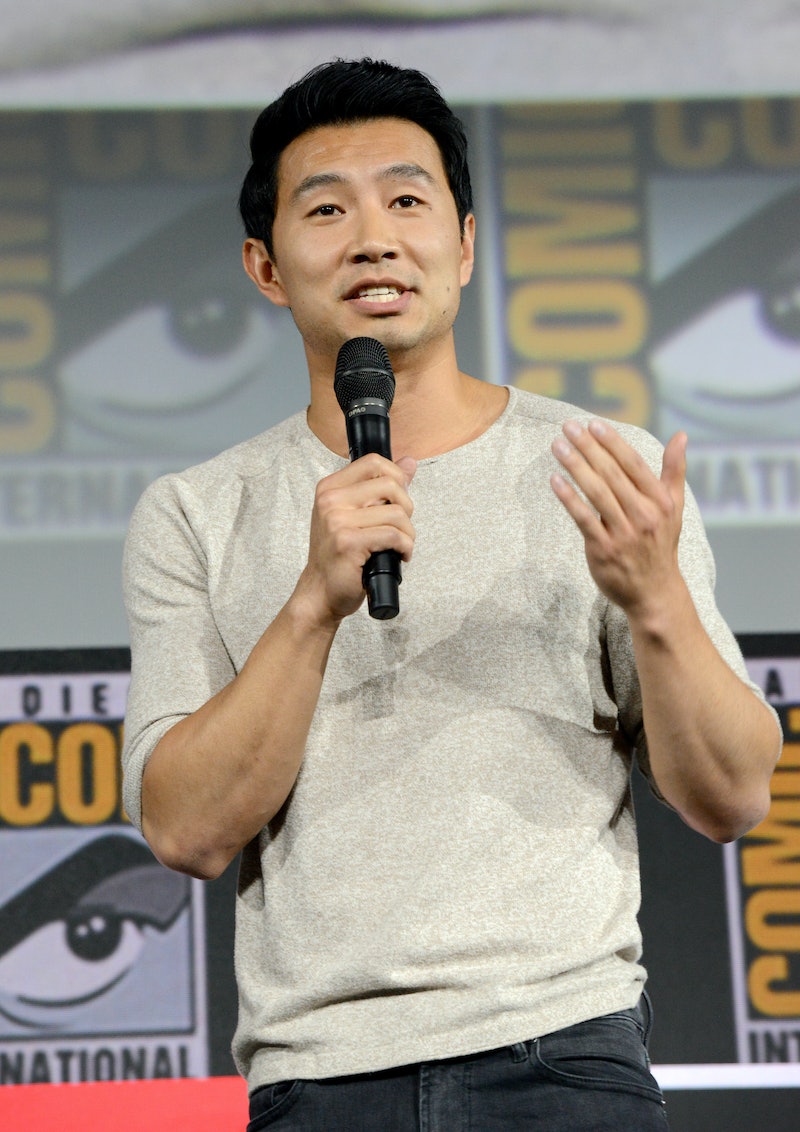 Shang-Chi and the Legend of the Ten Rings is set to transform the Marvel Cinematic Universe in a major way — and its star wants to make sure that is celebrated. Not only will the upcoming film feature the MCU’s first Asian lead in Simu Liu, but it will also be the first solo movie for an all-new hero since 2019’s Captain Marvel — making it an especially exciting addition to the franchise’s Phase 4 lineup.

The very nature of Shang-Chi’s Sept. 3 premiere will stand out, too. It’s the first Marvel movie to have a solely theatrical release since Spider-Man: Far From Home, as Black Widow (and Disney movies like Jungle Cruise and Cruella) debuted simultaneously on Disney+, for an extra charge. However, when Walt Disney Company CEO Bob Chapek explained the decision during a third-quarter earnings call on Aug. 12, he drew some backlash.

“We think it’s actually going to be an interesting experiment for us,” Chapek said, per a transcript from The Motley Fool, “because it’s got only a 45-day window.” He went on to reference rising COVID numbers and the delta variant when discussing Shang-Chi’s release, adding, “That title was planned on being in a much more healthy theatrical environment.”

The comments did not sit well with many fans. As Phil Yu, founder of Angry Asian Man, wrote on Twitter, “Can we maybe not conduct the ‘interesting experiment’ with Marvel’s first Asian-led superhero movie? While the Delta variant rages?” Writer Richard Newby also broke down the backlash, tweeting, “You have to realize that ‘experiment’ was a poor choice of words given the history, climate, and what’s riding on the film.”

Liu himself addressed the comments on Aug. 14. “We are not an experiment,” he wrote in part on Twitter. “We are the underdog; the underestimated. We are the ceiling-breakers. We are the celebration of culture and joy that will persevere after an embattled year. We are the surprise.”

The Kim’s Convenience alum went on to say that he was “fired the f**k up to make history” upon Shang-Chi’s Sept. 3 premiere. Liu shared the message on Instagram, too, alongside behind-the-scenes photos from filming.

Before being cast as Shang-Chi, Liu opened up to Bustle about his experience with Asian representation and stereotypes in media. “In many ways, you are not the main character in your own story,” Liu said in 2019. “For an entire generation of Asian kids, we internalized stereotypes of inferiority, and we never really felt like we could be truly a part of this society.” In April 2021, he shared the first Shang-Chi teaser poster via Instagram and emphasized in his caption the importance of there being a Marvel film “featuring an almost ENTIRELY Asian cast, each full of rich nuance and multidimensionality.”

“Shang Chi is more than just a movie - it is a celebration of our culture and a rallying cry for the forgotten, the unseen, and the overlooked,” he added at the time. “It is a reminder to take up space, to stand tall, and to be unapologetically ourselves.”

Liu is not the first franchise actor to clash with Disney this summer. In July, Black Widow star and longtime Marvel mainstay Scarlett Johansson sued the company over a “breach” of an agreement that would have seen Black Widow play in theaters exclusively for a period of time before being added to Disney+. At the time, the company called the suit “especially sad and distressing in its callous disregard for the horrific and prolonged global effects of the COVID-19 pandemic.”