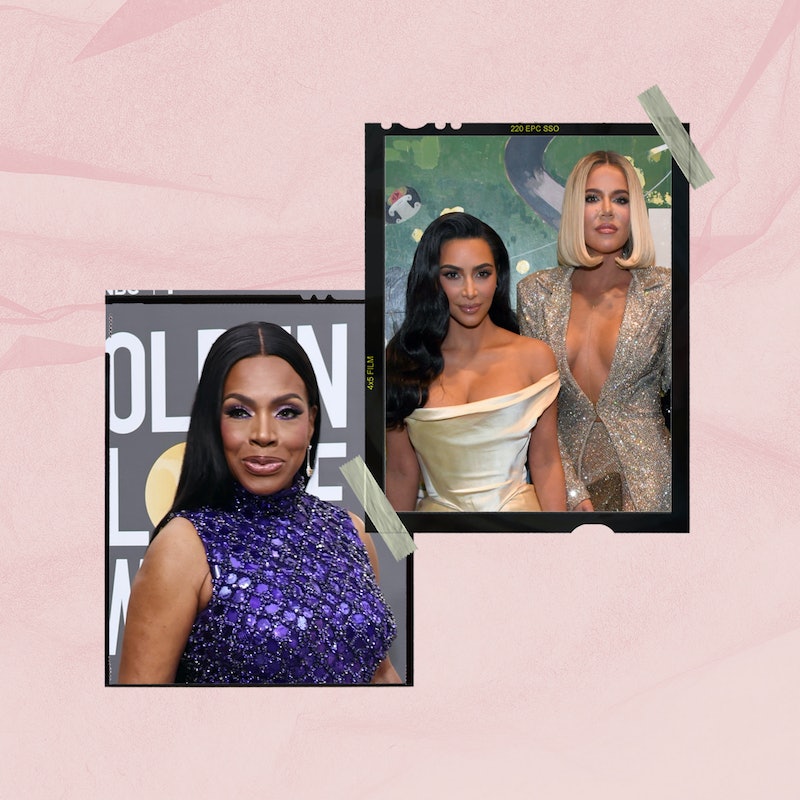 Fans can always count on Emmy Award-winner Sheryl Lee Ralph to deliver sound — and sometimes spicy — advice. After the Abbott Elementary star won an Emmy in 2022 for her role as Barbara Howard, she delivered an epic speech where she broke out in song and said, “To anyone who has ever—ever—had a dream, and thought your dream wasn’t, wouldn’t, couldn’t come true, I am here to tell you that this is what believing looks like. This is what striving looks like. And don’t you ever, ever give up on you!”

On Jan. 10, during the 2023 Golden Globes red carpet, the 66-year-old actor doubled down on the self-love message. But this time she focused on loving her body — and appeared to shade the Kardashians in the process. Prior to the show, InStyle asked the first-time Golden Globes nominee for Best Supporting Actress in a Television Series what advice she would give her 15-year-old self. The Moesha alum answered, “There’s nothing wrong with your nose. There is nothing wrong with the shade of your skin. There is nothing wrong with the way your hair grows out of your head.”

“And there certainly is nothing wrong with your lips because there will be people called Kardashians and they will pay $10,000 for your lips,” she added, alluding to the fact that the reality stars have long been suspected of getting lip fillers, among other procedures. Only Kylie Jenner confirmed getting her lips done, however, on her short-lived 2017 reality spinoff, Life of Kylie. “I was 15, and I was insecure about my lips,” she said, adding that something a boy said after a kiss prompted the insecurity. Though her big sis Kim Kardashian responded to her choice supportively in the episode, Kim, along with the rest of the KarJenners, denied getting fillers in the past. In an August 2022 interview with Allure, Kim famously told the outlet, “I’ve never filled my lips.”

Either way, Ralph wants her younger self to know her features are desirable. Wrapping up her InStyle answer, she said, “Hang in there 15-year-old Sheryl Lee Ralph. You’re good.”

That wasn’t the only nugget of wisdom the Abbott Elementary star dropped during the night. During her interview with Laverne Cox for E! Live From The Golden Globes, the two chatted about not giving up on dreams. The veteran actor said, “As we say in Jamaica, ‘What is for you can’t be un-for you,’ meaning if it's yours, it will be yours and it will never, ever miss you. So don't you ever, ever give up on you.”

More like this
Khloé Kardashian Writes Touching Instagram Tribute To Tristan Thompson’s Mother
By Alyssa Lapid
Kim Kardashian Gives “Bucket List Dream” Lecture At Harvard
By Alyssa Lapid
Travis Barker's New Tattoo Is Causing Some Awkward Confusion Among Fans
By Stephanie Topacio Long
North West Will Make Her Acting Debut Alongside Mom Kim Kardashian
By Radhika Menon
Get Even More From Bustle — Sign Up For The Newsletter
From hair trends to relationship advice, our daily newsletter has everything you need to sound like a person who’s on TikTok, even if you aren’t.