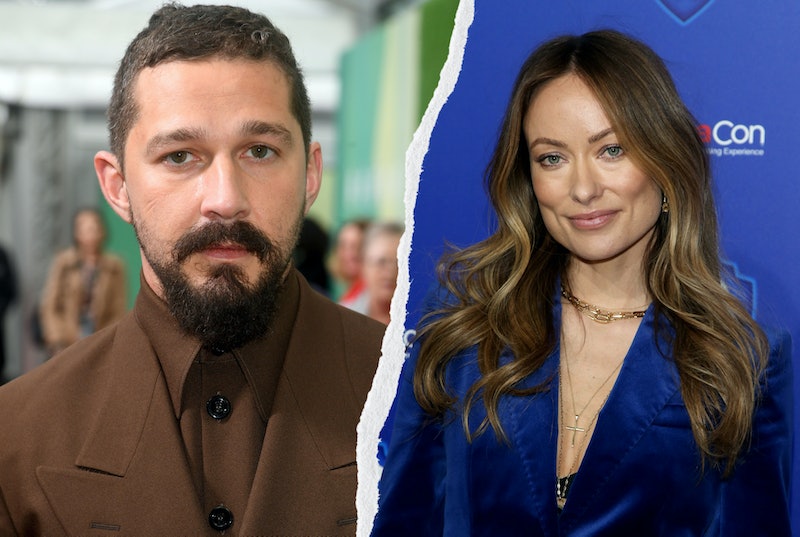 In the weeks leading up to the Sept. 23 release of Don’t Worry Darling, Olivia Wilde, Harry Styles, and Florence Pugh have fielded many questions about the movie — and the rumored drama of its making. As part of her Harper’s Bazaar cover story, for example, Pugh called out the conversation surrounding steamy moments in the movie’s trailer. “When it’s reduced to your sex scenes, or to watch the most famous man in the world go down on someone, it’s not why we do it ... [this movie is] bigger and better than that,” Pugh told the magazine.

Then came Styles’ own cover for Rolling Stone, in which he and Wilde discussed their much-talked-about relationship, which reportedly began during the filming of Don’t Worry Darling. “It’s obviously a difficult feeling to feel like being close to me means you're at the ransom of a corner of Twitter or something,” Styles said. “I just wanted to sing. I didn't want to get into it if I was going to hurt people like that.”

Next, Olivia Wilde talked about directing the film in her Variety cover story, and denied that there was a “pay disparity” between Styles and Pugh. However, there’s one part of Wilde’s interview that is not sitting well with an actor: Shia LaBeouf, who was originally cast in Styles’ role.

Wilde had told Variety she was “an admirer of his work,” but ultimately had to fire LaBeouf from the project. “His process was not conducive to the ethos that I demand in my productions,” she explained. “He has a process that, in some ways, seems to require a combative energy, and I don’t personally believe that is conducive to the best performances. I believe that creating a safe, trusting environment is the best way to get people to do their best work.”

But after her interview was published, LaBeouf forwarded the magazine alleged emails and texts between the pair painting a different picture of his departure. “You and I both know the reasons for my exit,” he said in an email, sent on Aug. 24. “I quit your film because your actors & I couldn’t find time to rehearse.”

The magazine also cites a video LaBeouf allegedly received from Wilde, in which she seems to ask LaBeouf to stay on the project. “I feel like I’m not ready to give up on this yet, and I too am heartbroken and I want to figure this out,” she said, per Variety. “You know, I think this might be a bit of a wake-up call for Miss Flo, and I want to know if you’re open to giving this a shot with me, with us ... Is there hope? Will you let me know?”

LaBeouf described Wilde’s latest comments as “attractive clickbait,” and also discussed FKA twigs’ allegations against him. “My failings with Twigs are fundamental and real, but they are not the narrative that has been presented,” he said. “There is a time and a place to deal with such things, and I am trying to navigate a nuanced situation with respect for her and the truth, hence my silence. But this situation with your film and my ‘firing’ will never have a court date with which to deal with the facts.”

The Honey Boy star and writer concluded his letter by asking Wilde to “correct the narrative as best [she] can.” So far, Wilde hasn’t responded to LaBeouf’s claims. Bustle reached out to Olivia Wilde for comment and did not hear back at the time of publication.