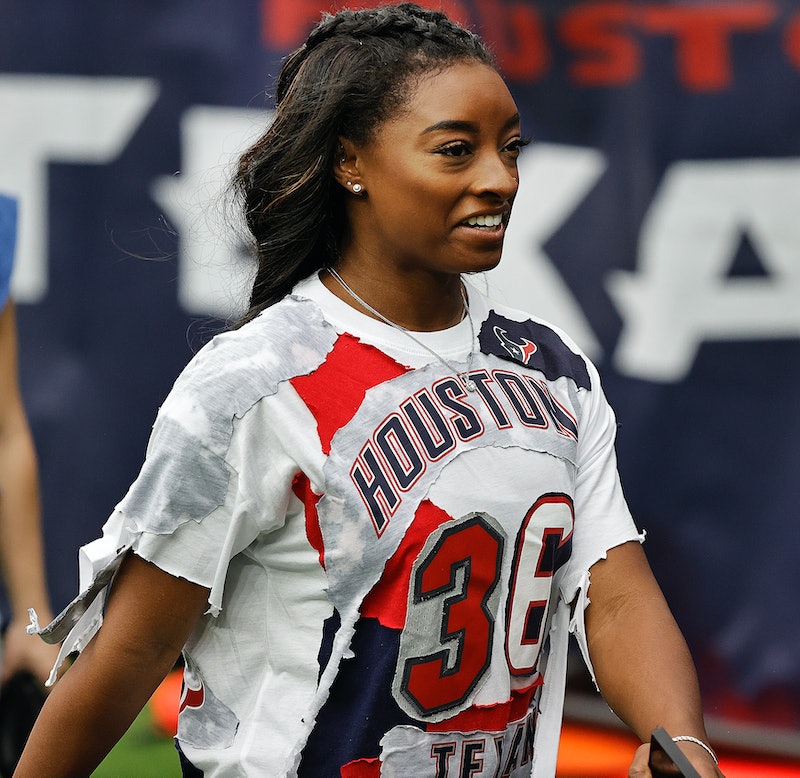 The “stick to sports” refrain still hasn’t gone away once and for all. Just ask the most decorated gymnast of all time. When Simone Biles invited her 6.6 million Instagram followers to weigh in on the social media content they’d like to see from her in 2023, one of them took it upon themselves to ask her for “less political stuff.”

The seven-time Olympic medalist shared the fan’s answer to her Instagram story question on Dec. 31, along with her response, which was a resounding no. “i [sic] rarely ever post political stuff unless it directly affects me or pertains to strong beliefs I have,” Biles wrote. She continued, explaining, “but to be a voice for the voiceless… can’t stop. won’t stop.” Next came a heart-hands emoji, but she ended on a firm final note: “there is a mute or unfollow button though.”

Biles, who lives in Texas, is openly pro-choice. In August 2021, after she had followers submit “unpopular opinions” and got one saying “abortion is wrong,” she shared why she disagreed with that person. “I already know this is going to start the biggest argument and may even lose followers BUT. I’m very much pro-choice,” she wrote, per People. “Your body. Your choice.” She also mentioned her own experience in the foster care system, calling it “broken” and “TOUGH.”

Sure enough, Biles’ August 2021 pro-choice comments did lead to criticism from some, and after one Twitter user claimed she had implied foster kids’ “lives are worth nothing,” the famed athlete felt she had to speak out again. “What I did imply is that you should not control someone elses [sic] body/decision,” she tweeted, in part, before adding that she has “forever [and] will continue to support foster kids.”

The request to have “less political stuff” on her Instagram and TikTok in 2023 could very well be related to her pro-choice stance, but she’s weighed in on other contentious issues, too. On Election Day 2020, for example, she encouraged her followers to vote like their lives depended on it, adding that they should wear their masks. She’s also been outspoken about supporting fellow survivors of sexual abuse, plus she famously shined a light on mental health during the delayed 2020 Tokyo Games.

So, yes, Biles will continue to address political issues on her social media as she sees fit in 2023 — as she has every right to. More often, though, it looks like we’ll see slices of her life, including her NFL player fiancé Jonathan Owens, with whom she’s currently planning a wedding. When fans asked for more about their upcoming nuptials, their “Houston favs,” and her outfits, she shared that they’ll be getting all that, especially once Owens’ off-season begins.