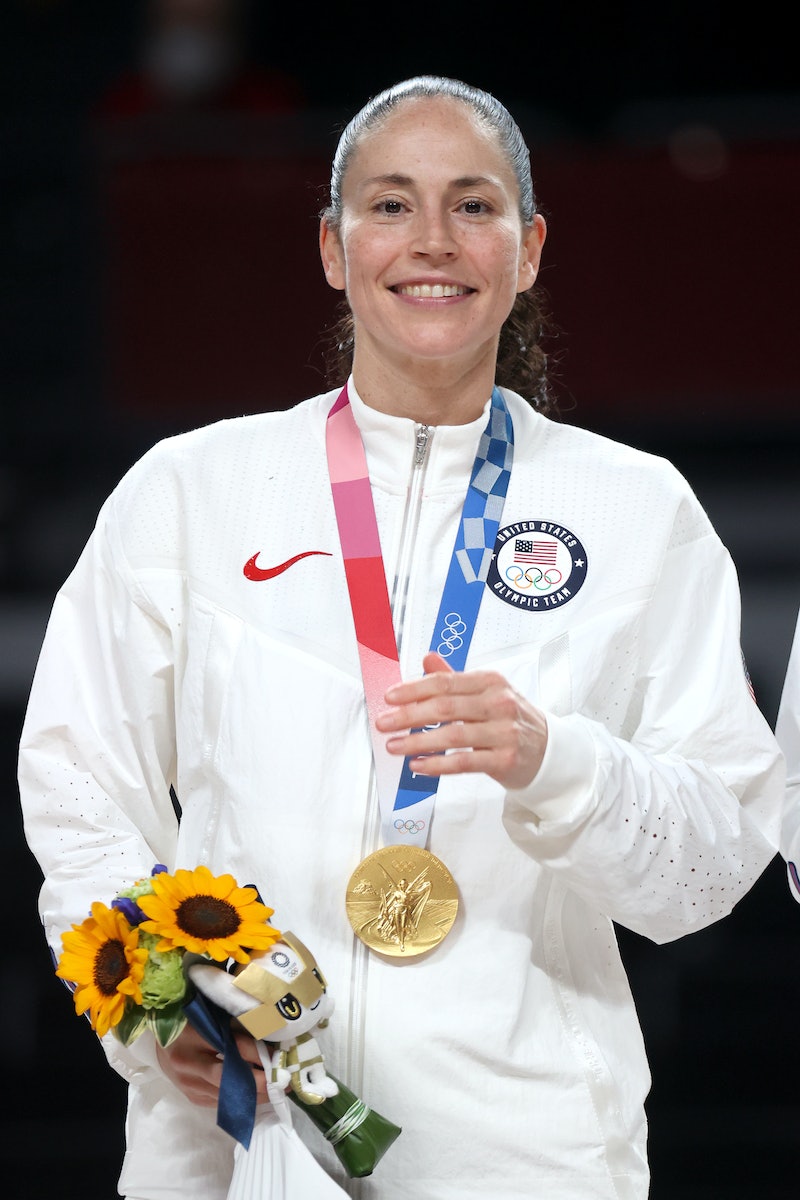 It’s a pretty common mistake to make: You hear about Sue Bird’s amazing success as a WNBA player or maybe even watched her as the Team USA flag bearer alongside Eddy Alvarez at the 2021 Tokyo Olympics and think, “Is that amazing athlete a distant relative of basketball legend Larry Bird?”

If you’ve asked yourself if Sue Bird and Larry Bird are related at some point throughout her illustrious career — she’s won four WNBA championships, four gold World Cup medals, and five Olympic medals (counting her team’s most recent win against Japan on Aug. 7) — you’re not alone.

In an interview with WNBA.com in 2006, an interviewer asked Sue if she got that question a lot. She responded with “totally,” adding, “Since I've been five, people asked me if we're related. It is usually the third question in the line of questions. What's your name? Sue Bird. Oh, what do you do? I play basketball. Are you related to Larry Bird?” But it turns out that pretty much all Sue Bird shares with Larry Bird is her height, her stellar basketball skills, and her last name. The athlete just shrugs the assumption off, saying, “That's how it goes. I guess it could be worse, though, since he is a legend and all."

And it definitely could be worse. She could share a last name with some notorious athlete, criminal, or a horrible character from literature. But, instead, Sue has to deal with the constant assumption that, because she’s a basketball great, she is somehow the daughter of or at least distantly related to Larry. She’s not. She’s just good, all on her own. No magic basketball gene there.

Still, as annoying as it might be, it sounds like Sue has a pretty good attitude about it and doesn’t mind the comparison. Now that Sue announced her engagement to Megan Rapinoe, a highly-decorated soccer player, activist, and newly-appointed Victoria’s Secret spokesperson, after dating for three years, maybe don’t ask Rapinoe if Larry will be her father-in-law.

More like this
The 2023 Super Bowl Commercials Feature A 'Breaking Bad' Reunion & Missy Elliott
By Alyssa Lapid
Twitter Is Shook As Tom Brady Holds Back Tears Announcing His 2nd Retirement
By Marina Watts
David Beckham’s Controversial Qatar Deal Skyrocketed His Net Worth
By Catharina Cheung
Olivia Rodrigo Manifested Finally Meeting Demi Lovato
By Jake Viswanath
Get Even More From Bustle — Sign Up For The Newsletter
From hair trends to relationship advice, our daily newsletter has everything you need to sound like a person who’s on TikTok, even if you aren’t.

This article was originally published on Aug. 19, 2016