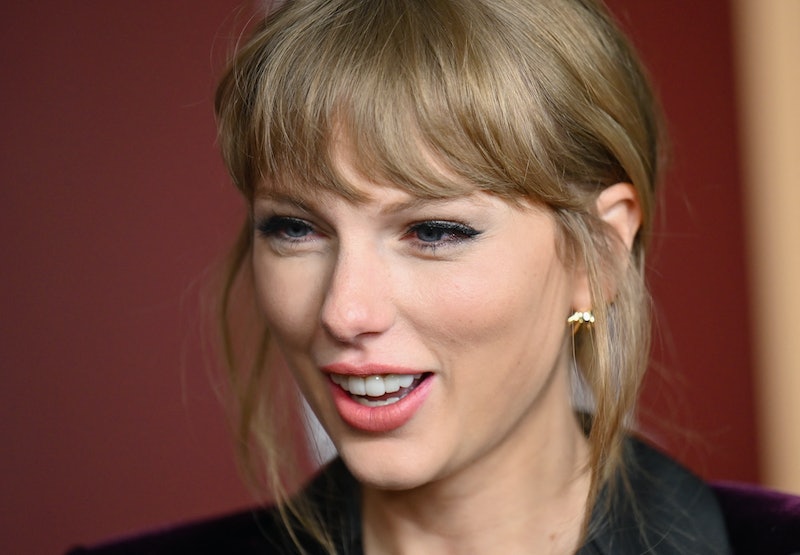 Taylor Swift has probably made you cry many times thanks to her poetic and vulnerable lyrics. Now, get ready to see her crying her heart out. The “Evermore” singer appears in sneak peek footage of writer and director David O. Russell’s secretive yet star-studded new film Amsterdam, which was unveiled at CinemaCon in Las Vegas on April 27.

In the trailer, which isn’t available to the public yet, she’s apparently so emotional that she can’t even form words. As reported by Entertainment Weekly, Swift makes a brief appearance as a grieving woman who’s shown crying over the body of an older man as Chris Rock’s character looks on in disbelief. “You have a dead white man in a box,” he says through Swift’s sobbing. “It’s not even a coffin, it doesn’t even have a top on. Who do you think is going to get in trouble? The Black man.” Details about Swift’s character and how she ties into the plot have yet to be revealed.

Amsterdam reportedly focuses on three best friends — a doctor (Christian Bale), a nurse (Margot Robbie), and an attorney (John David Washington) — who become embroiled in a shocking secret plot and make a pact to “protect each other no matter what,” although no one’s sure what they need protection from. After the CinemaCon presentation, 20th Century Studios released a first look photo of the trio in action. Joining Swift and Rock, the film also stars Zoe Saldana, Timothy Olyphant, Rami Malek, Mike Myers, Matthias Schoenaerts, and Andrea Riseborough.

Amsterdam will mark Swift’s first feature film role since her turn as Bombalurina in 2019’s film adaptation of Cats. Previously, she’s starred as Rosemary in 2014’s The Giver, voiced the lead role of Audrey in 2012’s The Lorax, appeared alongside ex-boyfriend Taylor Lautner in 2010’s star-studded rom-com Valentine’s Day, and made a cameo in 2009 classic Hannah Montana: The Movie. Clearly, Swift’s filmography gives her Giver co-star Meryl Streep a run for her money.

Russell’s promising film isn’t the only movie that Swift is involved with this year. In March, the singer unveiled her new song for the upcoming Reese Witherspoon-produced film Where the Crawdads Sing. “Carolina” made its debut in the trailer, teasing a haunting ballad co-produced by her Folklore and Evermore collaborator Aaron Dessner, which will be released before the film premieres in theaters on July 15. While the Academy has never been that kind to her, if both projects exceed expectations, Swift could be nominated for both Best Supporting Actress and Best Original Song at the 2023 Oscars. Start the campaign now, Swifties.

More like this
Harry Styles Addresses The Theory That His New Song "Daylight" Is About Taylor Swift
By Jake Viswanath
Joe Alwyn Reacts To Taylor Swift Earning An NYU Doctorate In A Rare Interview
By Jake Viswanath and Nicole Pomarico
Lisa Marie Presley Reviewed Baz Luhrmann’s ‘Elvis’ Movie On Twitter
By Grace Wehniainen
The Very Best Quotes From Dr. Taylor Swift’s NYU Graduation Speech
By Grace Wehniainen
Get Even More From Bustle — Sign Up For The Newsletter