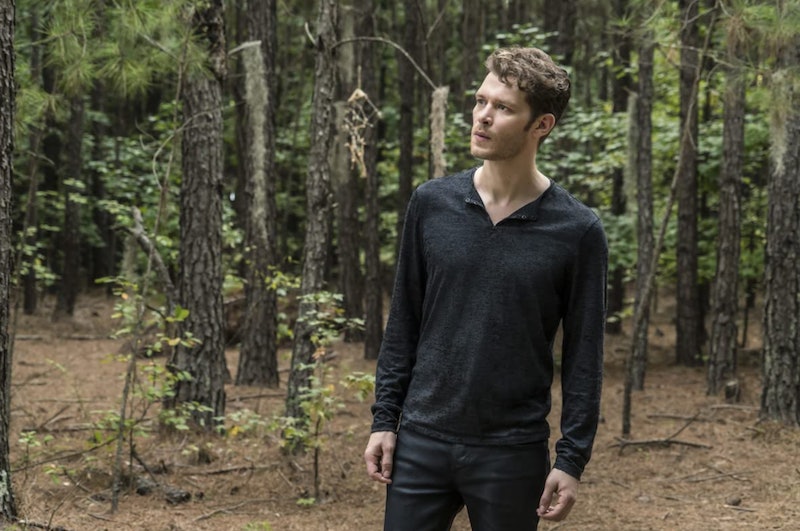 Throughout its five-season run, The Vampire Diaries spinoff The Originals had a lot of things working in its favor: There’s witchcraft, storyline after compelling storyline, 'ships you can't help but obsess over, a powerful hybrid baby, and tons of beautiful scenery to inspire wanderlust. Let’s zero in on that last one, though — hope that's cool bayou (sorry, not sorry).

Just about everything on The Originals is visually arresting. The cast? Attractive beyond reason. The outfits? Already adding similar styles to an online shopping cart. Whether the characters are running around the Quarter or hiding out in a cabin in the Bayou, The Originals' New Orleans backdrop is always spectacular. (While The Originals filmed primarily in Georgia, the cast and crew occasionally made the trek out to New Orleans to film at real-deal places that you can actually visit.) Though the series ended in 2018, fans can still watch the show on Netflix and escape to the gorgeous Louisiana sites.

That's right: You can have your very own Originals adventure in The Big Easy. Is there a better way for an Originals fan to spend a vacation in New Orleans than to have their own filming locations tour? Answer: No, no, there isn't. So, if you’re dying to travel to the city, include this list of 10 Originals-y things to do in New Orleans.

Checking out this iconic neighborhood is a must. Its colorful homes with gorgeous lace ironwork balconies are featured prominently in the series. It’s the best place to go full-on tourist mode: Try cajun dishes like jambalaya, gumbo, and a crawfish boil and then experience the bustling jazz nightlife after hours. Bourbon Street, especially, is a local favorite for jazz bar-hopping. Hit Preservation Hall, The Spotted Cat Music Club, and Snug Harbor.

Check Out A Voodoo Shop

The onscreen voodoo shop Jardin Gris isn't a real store, but don’t fret. New Orleans offers a number of similar institutions for you to check out, such as Voodoo Authentica in the French Quarter. Buy books on the history of the craft, gris-gris bag talismans, or even handmade voodoo dolls for the complete experience.

Have A Drink At Napoleon House

Like Jardin Gris, vampy hangout (and Cami’s place of employment) Rousseau’s bar doesn’t exist in real life. Where you can get a drink, though, is at Napoleon House, the non-fictional bar in French Quarter that fans speculate was the cover for Rousseau’s. Sit at the bar and order a martini like Elijah. (Just hope you don’t bump into any fanged bartenders.)

Stay At The Hotel Royal

Kick your feet up at The Hotel Royal, a restored 1827 Creole Townhouse and Marcel's place of residence. (It’s also where he threw that elaborate party in the pilot episode, remember?) Pose à la Marcel on the balcony overlooking the guests or book a room for a night or two and overlook the historic French Quarter instead.

Speaking of voodoo, head to Marie Laveau’s House of Voodoo, the former house-turned-museum of the famed New Orleans Voodoo Queen, which also happens to be the name of a witch’s coven in The Originals. A tribute to the original, perhaps? (Laveau was so iconic that she was even portrayed by Angela Bassett on two seasons of American Horror Story, Coven and Apocalypse.)

The exterior shots of St. Anne's Church, aka the church that housed Davina's lair, are actually of St. Louis Cathedral. St. Louis Cathedral happens to be the oldest cathedral in the United States, and you can take a tour of the historic building. After that, head outside and sit on the Jackson Square benches facing the Cathedral, where several intimate conversations, including a scene in the finale, take place.

Get A Tarot Card Reading

Thanks to Ivy, a witchy Season 5 newcomer, sprawled out tarot cards were featured prominently in the final season whenever anyone needed a glimpse into the future (looking at you, Vincent). Consider also harnessing a seer’s gift by seeing what the future holds with a tarot card reading at places like Earth Odyssey or Hex. You can even choose your own psychic.

A tour of the cemetery where the witches of The Originals practice magic? Yes, please! The Lafayette Cemetery No. 1, with its spooky crypts and towering tombs, has become somewhat of a favorite Hollywood location. NCIS: New Orleans, Dracula, and even boy band New Kids On The Block have all filmed there, so it’s definitely worth a visit. If you want to trek the grounds solo, there’s a free GPS-guided audio tour.

Boutique du Vampyre, surprisingly located beside the St. Louis Cathedral, is apparently one of the only vampire stores in the world. While you're there, scoop up a pair of custom fangs. Luckily for the faint of heart, it’s not all bloodsucking accouterments. The shop also sells deep-hued lipsticks, jewelry, and other themed knick-knacks ranging from coffin flasks to vampire novels.

Leave it to New Orleans to have its own walking vampire tour. Learn all about the city’s most famous vampires (fictional and, umm, otherwise) and end the night with a visit to a vampire tavern. Yes, at night. How else could one possibly hope to meet the undead in a tavern when the sun is up, right? Holy beignets, that tour sounds like a dream come true.

More like this
A New 'And Just Like That' Table Read Pic Confirms A Key Character's Return
By Jack Irvin and Grace Wehniainen
The 'Scream 6' Trailer Shows Off Hayden Panettiere's Return & Ghostface In NYC
By Jack Irvin and Jake Viswanath
'Friends' Star Maggie Wheeler Offers Support To Matthew Perry After Reading His Memoir
By Alyssa Lapid
'That '90s Show' Star Callie Haverda Got Advice From Mila Kunis & Ashton Kutcher
By Brad Witter
Get Even More From Bustle — Sign Up For The Newsletter
From hair trends to relationship advice, our daily newsletter has everything you need to sound like a person who’s on TikTok, even if you aren’t.

This article was originally published on March 24, 2015