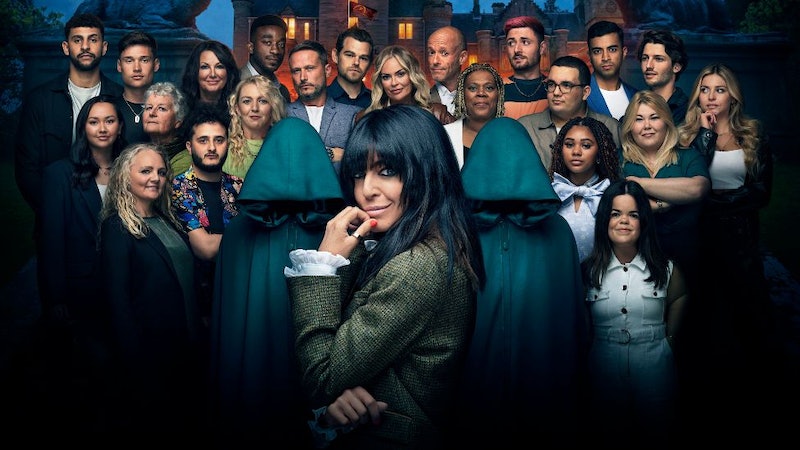 The cloak-and-dagger shenanigans of The Traitors had audiences gripped, and already there is talk of creating a celebrity version of the BBC One gameshow. According to the Mirror, a TV insider has claimed that the broadcasting company is thrilled with how much the public has enjoyed the murder mystery show, and that “a celebrity version is a natural next step” for the UK show.

“Viewers will get to see different sides of some big names as they try to manipulate others or uncover the truth about fellow players,” they told the publication. Though there has yet to be any official confirmation regarding who may be on the celebrity Traitors, executive producer Sarah Fay has revealed that their ideal A-list version of the show would feature “people who are so invested in the game and want to play the game.”

She continued: “‘I’d love to see Rylan [Clark], he’d be incredible, but also Kathy Burke is a fan. I mean Russell T Davies is a fan. I think I’d want very much a mixture of different types of celebs as well.”

The Traitors host Claudia Winkleman has also given some thought about celebrities she would like to see competing in the show, suggesting that Victoria Coren, Kirsty Young, Adam Woodyatt, Stephen Fry, and Alison Hammond join her in Ardross Castle.

In the meantime, comedian Jason Manford has taken to Twitter to express his love for the “brilliant bit of telly” and to put his own name up for consideration. “If they do a celeb version, I’m throwing my hat in the ring now!” he tweeted.

Based on the Dutch TV show De Verraders, the first series of The Traitors saw faithfuls Aaron Evans, Hannah Byczkowski, and Meryl Williams successfully eliminating all the traitors and walking away with over £100,000 winnings between them. Bustle has reached out for comment re: a celebrity edition of the show, but has yet to hear back with confirmation.

Fans of The Traitors itching for more murderous antics can watch the U.S. version for now, which will be available to stream on Peacock, and features reality TV celebrities such as Kate Chastain, Brandi Glanville, Cirie Fields, Stephenie LaGrossa, Cody Calafiore, and Rachel Reilly.

More like this
Turns Out George Clooney Is A Huge Fan Of This Classic British Game Show
By El Hunt
This Pre-'Love Island' Video Of Olivia & Zara Together Changes Everything
By Bustle UK
Twitter Can’t Make Up Its Mind About Ekin-Su’s 'Dancing On Ice' Skate-Off
By Sophie McEvoy
'Love Island’s Kai Fagan Is Very Clear About What He Doesn’t Like
By Sam Ramsden and Darshita Goyal
Get The Very Best Of Bustle/UK
Sign up for Bustle UK's twice-weekly newsletter, featuring the latest must-watch TV, moving personal stories, and expert advice on the hottest viral buys.