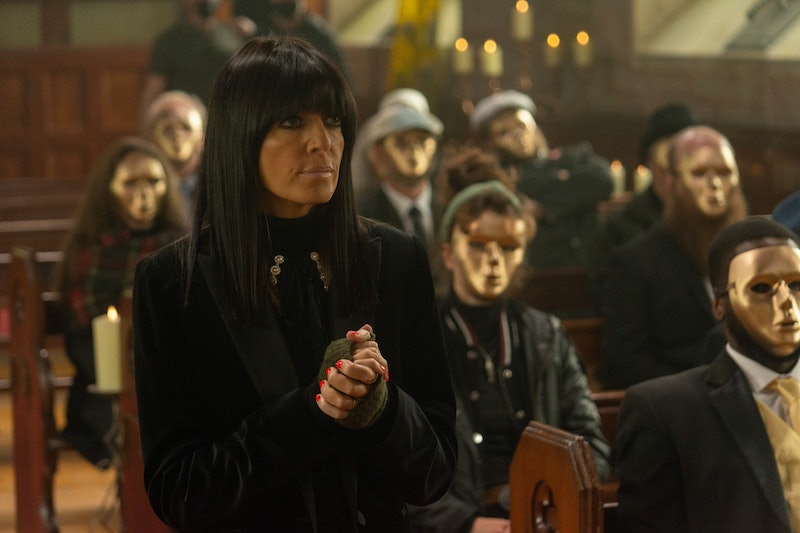 Described by some as a mix between Big Brother, I’m a Celebrity... Get Me Out of Here!, and Cluedo, BBC One’s The Traitors, hosted by Claudia Winkleman, became an instant reality hit as soon as it aired at the end of 2022. Based on the Dutch reality series De Varraders, the series saw 22 total strangers face a rigorous challenge of figuring out who was a Faithful or a Traitor to win up to a total of £120,000. Now that The Traitors has finished its first season, you’re probably itching for the show to continue. There’s certainly potential for the BBC to extend the reality game show beyond one season, but will The Traitors return for Season 2?

What We Know About S2 Of BBC’S The Traitors

According to a report from The Sun in July, the BBC had already ordered a second series of the show before the first had even aired. “Rumours are Beeb bosses are so impressed with the finished product they’ve already got wheels in motion with the production company,” a TV insider told the newspaper, adding that Winkleman was so “blown away by the experience” of making the first season that she’d be “likely to return” to host the next.

“It’s unusual for executives to be so excited by a programme that they take this step,” the source added. “It’s certainly a vote of confidence in the format.” A representative for the BBC declined to comment.

Winkleman is unquestionably prepared to return to host a potential second season, having jumped at the chance when the show was initially pitched to her. “I’m obsessed with psychological games and I couldn’t stop watching the Dutch version of the show,” she said in a press statement. “The fact that the BBC version is set in a castle in Scotland and the producers wanted me to wear tweed meant I was all in.”

As viewers await further details of a potential Season 2, an international celebrity edition of The Traitors has thankfully arrived to keep fans occupied in the meantime. Hosted by Scottish star Alan Cummings, the U.S. version of the series premiered on NBC’s streaming platform Peacock on Jan. 12 and stars the likes of Below Deck’s Kate Chastain, Real Housewives of Beverly Hills’ Brandi Glanville, and Big Brother’s Cody Calafiore, among many others.

Luckily for UK fans, the BBC acquired the rights to the brand new season, which arrives on BBC iPlayer on Friday, Jan. 13. The Traitors U.S. will also be available to watch on BBC Three and BBC One “very soon.”

Although filled with U.S. reality TV stars, the celebrity edition was filmed at exactly the same Scottish castle and features some of the trials UK viewers have seen before, if the trailer is to be believed.

More like this
'The Traitors' Is Officially Being Turned Into A Board Game
By El Hunt
Turns Out George Clooney Is A Huge Fan Of This Classic British Game Show
By El Hunt
Joey Essex Is Rumoured To Be Dating A 'Love Island' Favourite
By Sam Ramsden
Barney Walsh Has Been Linked With This Famous Miss World Winner
By Sophie McEvoy
Get The Very Best Of Bustle/UK
Sign up for Bustle UK's twice-weekly newsletter, featuring the latest must-watch TV, moving personal stories, and expert advice on the hottest viral buys.

This article was originally published on Dec. 9, 2022