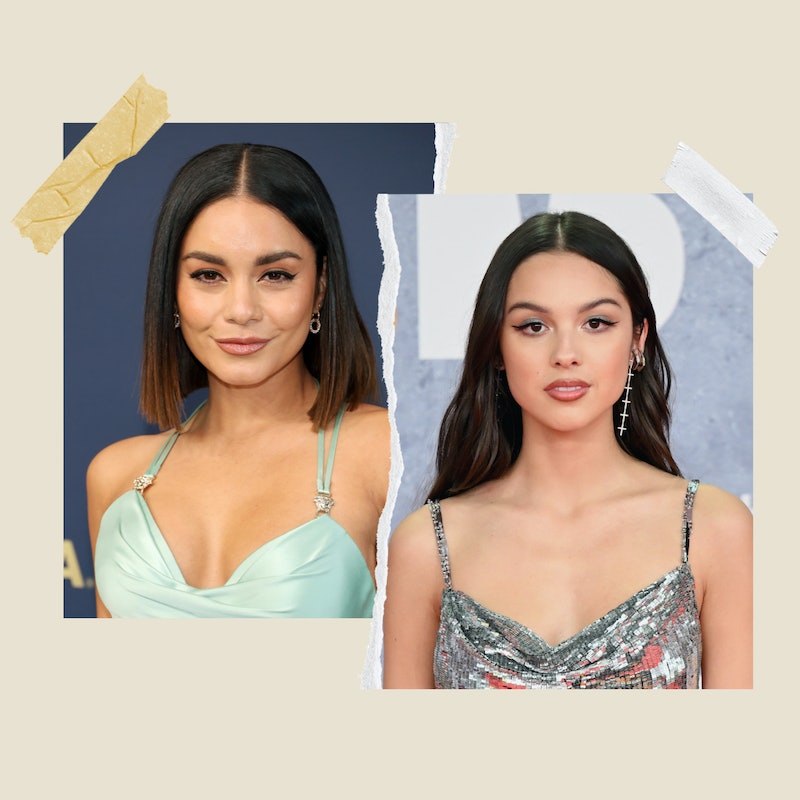 It’s been 16 years since Vanessa Hudgens debuted as Gabriella Montez in the first High School Musical movie, and the 33-year-old actor still feels deeply connected to the role. Before the 2022 SAG Awards on Feb. 27, the tick, tick…BOOM! star spoke candidly about the beloved DCOM and revealed that Disney’s revival, High School Musical: The Musical: The Series, is sort of a trip.

“It is wild,” the 33-year-old actor said on E!’s Live From the Red Carpet ahead of the show. “I literally saw an Instagram post the other day that said Gabriella Montez and it was not me and I was like, ‘I’m sorry?’” she joked. Hudgens was referring to Olivia Rodrigo, who stars in the series as Nini Salazar-Roberts, a teenager who was cast as Gabriella in her school’s production of High School Musical.

“She’s incredible and I am such a fan of hers,” Hudgens continued, singing Rodrigo’s praises. “I love her music and it’s amazing seeing it continue to live on.” The 19-year-old singer-songwriter broke various records in 2021 with her first single “Drivers License,” which debuted at No. 1 on Billboard’s Hot 100. Later that year, her debut album Sour topped the Billboard 200 for five weeks, becoming the longest-reigning No. 1 album by a female artist in 2021.

Rodrigo wasn’t the only celebrity that Hudgens gushed about at the SAG Awards. She also praised Lin-Manuel Miranda for directing tick, tick…BOOM! in the middle of a pandemic. “It was such an interesting time because we were trying to figure out how to film a movie during COVID,” the Princess Switch star said. She also said that because of COVID-19, the cast couldn’t connect the way she wanted to.

“It was really hard because I didn’t get to have those moments that I really wanted to have like all of us in between takes jamming out together and singing musical theater songs because we are all such musical theater nerds,” she said. Fortunately, those challenges didn’t stop them from getting to know each other.

“He has a genuine kindness and genuinely sees everyone,” Hudgens told E’s Yvette Nicole Brown. “He sees everyone the same and I’m like, ‘You are a kind human being’ and I love that. It’s the most important.”