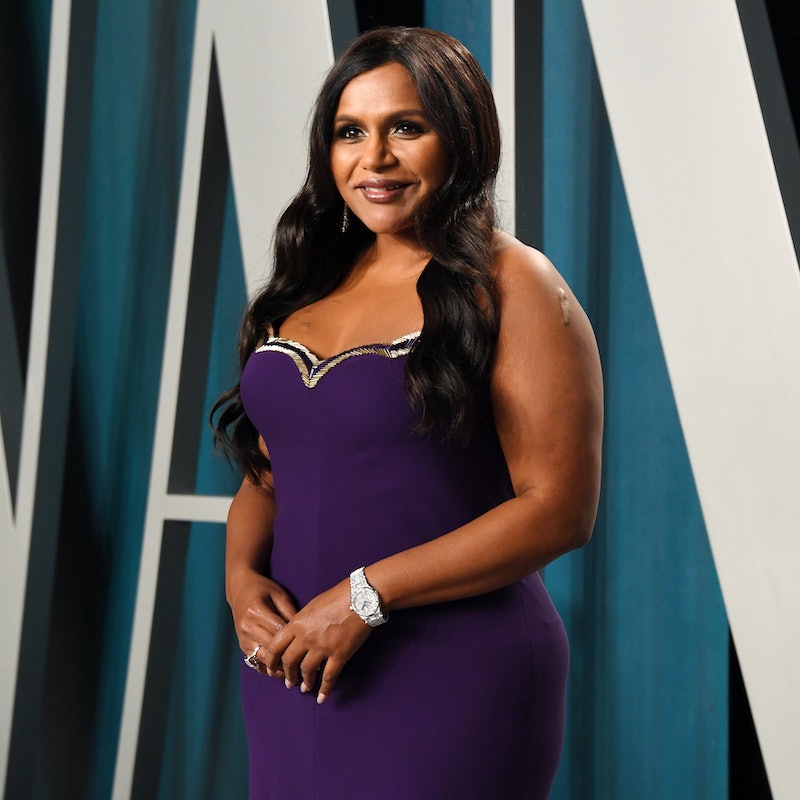 Anyone who spent their childhood watching episodes of Scooby-Doo would agree that brainiac Velma Dinkley is a bit of an unsung hero. But Shaggy, Daphne, and our favorite mystery-solving dog will be stepping aside when Mindy Kaling plays Velma in the new Scooby-Doo spinoff series. Titled Velma, the HBO Max animated show will explore Dinkley's origin story before she slipped into her first orange turtleneck and solved a caper.

Announced at Wednesday's Television Critics Association press tour, Velma is described as a depiction of "the unsung and underappreciated brains of the Scooby-Doo Mystery Inc. gang." The 10-episode series reportedly "unmasks the complex and colorful past of one of America’s most beloved mystery solvers." Kaling confirmed her casting as the iconic character on Instagram, revealing that the story will take place in Velma's teen days. "I’m so excited to be voicing this iconic character! Velma will struggle to navigate high school's pitfalls, her budding sexuality, and a serial killer intent on murdering every popular kid in town. Sounds epic, @charliegrandy! Can’t wait!" she wrote alongside Entertainment Weekly's reporting of the news. Euphoria's Storm Reid, Andy Cohen, and Niecy Nash were among those to congratulate Kaling in the comments section.

Kaling, who has created series like The Mindy Project and Never Have I Ever, will also serve as an executive producer on the project. Charlie Grandy, Howard Klein, and Sam Register will executive produce alongside the Emmy nominee for Warner Bros. Television. Kaling joins an illustrious group of former Velmas who have graced the big and small screens alike. Gina Rodriguez voiced the character in 2020's Scoob!, Hayley Kiyoko in the 2009 and 2010 live-action movies, and Linda Cardellini in the 2002 and 2004 live-action films.

Velma is one of several projects filling Kaling's calendar at the moment. Production on Netflix's Never Have I Ever Season 2, which Kaling writes and produces, is on the way. She's also co-writing Legally Blonde 3 with Brooklyn 99 creator Dan Goor, developing an HBO Max sitcom called The Sex Lives of College Girls, and adapting Jennifer Weiner's Good In Bed, which she's set to star in. (Oh, and she somehow finds time to eat, sleep, and do her skincare routine.)

However, Kaling's Scooby-Doo spinoff may be the only upcoming project her two young children can enjoy. Last September, Kaling welcomed her second child, a son named Spencer. She's also mother to her 2-year-old daughter, Katherine (aka Kit). "The difference between having a first child and a second child is so funny," she told Elle last November about becoming a mother of two. "The first time it was like every person in my life came out of the woodwork to send gifts and cards and notes and emails. And then once you have a second kid, everyone's like, you're fine. You're okay. It's definitely more of a muted excitement from everyone in my life. Which, by the way, makes total sense, particularly during a pandemic."

More like this
A New 'And Just Like That' Table Read Pic Confirms A Key Character's Return
By Jack Irvin and Grace Wehniainen
'That '90s Show' Star Callie Haverda Got Advice From Mila Kunis & Ashton Kutcher
By Brad Witter
'Friends' Star Maggie Wheeler Offers Support To Matthew Perry After Reading His Memoir
By Alyssa Lapid
The 'Scream 6' Trailer Shows Off Hayden Panettiere's Return & Ghostface In NYC
By Jack Irvin and Jake Viswanath
Get Even More From Bustle — Sign Up For The Newsletter
From hair trends to relationship advice, our daily newsletter has everything you need to sound like a person who’s on TikTok, even if you aren’t.