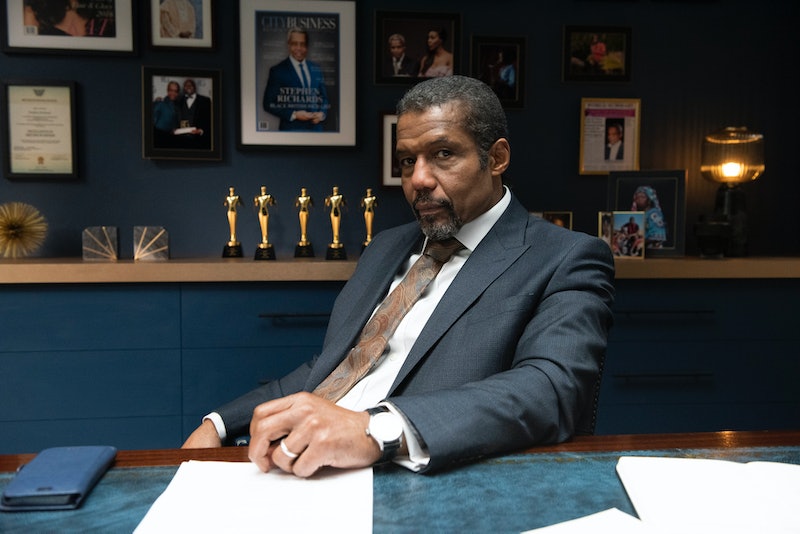 Spoilers ahead for Riches. By the end of episode one, we’ve had evidence of an affair, a family fall-out, and the reveal of a shock inheritance. And that is just the beginning. ITVX’s Riches, written by How To Get Away With Murder and Inventing Anna’s Abby Ajayi, doesn’t skimp on the drama. But it’s a death in mysterious circumstances that makes for the most pivotal moment in episode one. After the passing of patriarch and CEO Stephen, we see other members of the Richards family vie for power over the business he controlled, Flair & Glory. So what happens to Stephen Richards in episode one?

While we don’t see much of Stephen (Hugh Quarshie) in the first episode, his presence looms large over the programme and the series as a whole. He’s the CEO of successful Black haircare and cosmetics business Flair & Glory and in that first chapter, we hear a little about his journey to the top. We also see him call his estranged eldest daughter, Nina (Deborah Ayorinde), who lives in the U.S., wanting to talk, but she hangs up on him. Later in the show, we watch as Stephen collapses in apparent agony, shortly after sending his assistant home for the evening. Members of the Richards family rush to the hospital to see him, only to be told they are too late.

Stephen’s passing sets in motion a battle for control of the company. At the will reading, it comes as a shock to every member of the Richards family that the majority stake in Flair & Glory will pass to the eldest children, Nina and Simon (Emmanuel Imani). For most of episode one, it appears that the siblings will simply sell the company back to the other half of their family and return to the U.S. as fast as possible. But towards the end of the episode, we see Nina change her mind.

As Simon questions Nina about her decision to keep Flair & Glory, she shares that she’s worried about the motives of other Richards family members. In a flashback, we get to hear the other half of Nina’s conversation with her father from the start of the show. He tells her, “Someone is trying to hurt the company, to hurt me.” Discussing the call, Nina tells Simon that her father sounded scared. So is there more to Stephen’s death than meets the eye?

ITV’s description of Stephen suggests there just might be. It reads: “A layer of mystery surrounds Stephen’s death: why did he dramatically change his will six months ago? Why did Stephen call Nina on the night he died? Was he in danger? Or is Stephen, even from beyond the grave, simply manipulating his family once again?”

While that’s all the information we have so far, curious viewers should tune into the rest of Riches Season 1, as we’re sure to get more clues about the real circumstances behind Stephen’s death.