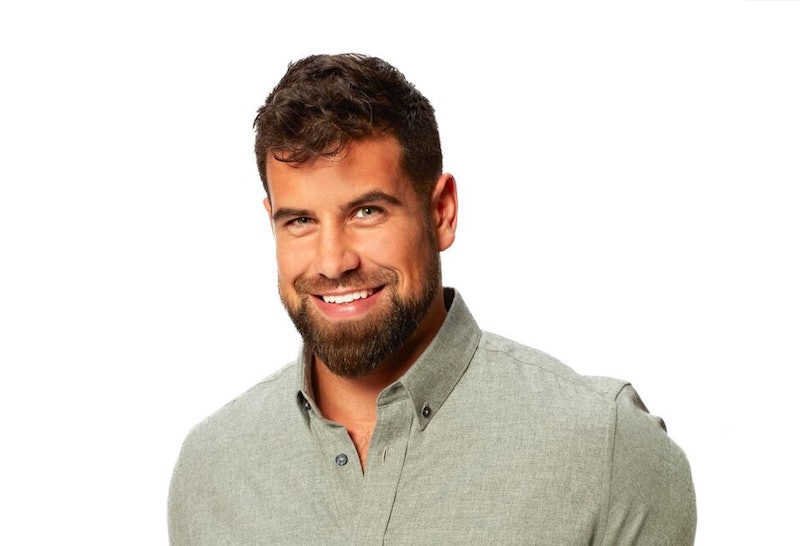 Katie Thurston’s Bachelorette season appears to feature a surprise fan-favorite contestant from Clare Crawley and Tayshia Adams’ unintentionally-shared season of the franchise: Blake Moynes. While he isn’t included in the official cast, a new trailer reveals that he’s joining the season, which follows an Us Weekly report from April that claimed Moynes was spotted on set at the Hyatt Regency Tamaya Resort and Spa in Santa Ana Pueblo, New Mexico. In case you don’t remember, Moynes connected with Crawley before she prematurely left her Bachelorette season for Adams to take over. The unexpected switch hit him hard — he started stress balding as a result — and it was difficult for him to adapt to the changes.

Moynes’ previous Bachelorette bio revealed that he’s a professional wildlife manager working out of Hamilton, Ontario, Canada. It also noted that he’s eager to find a romantic partner due to his status as the final single guy in his friend group, which explains his likely return to The Bachelorette. Reflecting on his last appearance on the series, he spoke to Us Weekly in December 2020: “If it was Tayshia from the beginning, I think my story would have been a little bit different. It was tough because I felt, like, even emotionally, I could feel it, like, she could see something there,” he said. “And it was so frustrating to get in the limo and be like, ‘There’s something here, but you’re just not letting it happen.’ And that was the most unfortunate.” Adams sent Moynes home following their one-on-one date, and she ended up getting engaged to Zac Clark.

While Moynes told the publication that he’s since moved on from his feelings for Adams, he also said he continues to think about “the what-ifs” and “the potential” for their relationship, noting that he still doesn’t feel complete closure from the situation. That might make things a little awkward when he shows up to Thurston’s season, which is hosted by Adams alongside fellow former Bachelorette Kaitlyn Bristowe. Bachelor Nation sleuths as well as Us Weekly suspected that he’d appear as the mystery man seen hiding in a box in a May 18 teaser trailer, but he hasn’t officially appeared yet.

Ahead of the season premiere, Thurston revealed that Moynes had reached out to her while Matt James’ season was airing. Sounds intriguing, but the “generic” message wasn’t anything more than a brief “good luck, you did great” note, as she told Us Weekly. She continued, “And so to see him, I was like, ‘Why is he here?’ Like, ‘What’s happening?’” Katie didn’t reveal when Moynes joins the season, and she also didn’t even confirm if he was there for her. After all, he is Adams’ ex and could just be seeking that closure he mentioned.

During the June 7 episode of The Bachelorette, the mystery man in the box was revealed — and to many fans’ disbelief, it wasn’t Moynes. Instead, it was a new contestant named James, a handsome, charming new suitor that Thurston says is “super hot.” However, in a new trailer released on June 22, Adams sits down with Thurston to warn her that a contestant from her season — who is then revealed to be Moynes — will soon join the cast. It’s unclear what kind of drama could ensue from his addition to the season, but as always, anything can happen in Bachelor Nation.