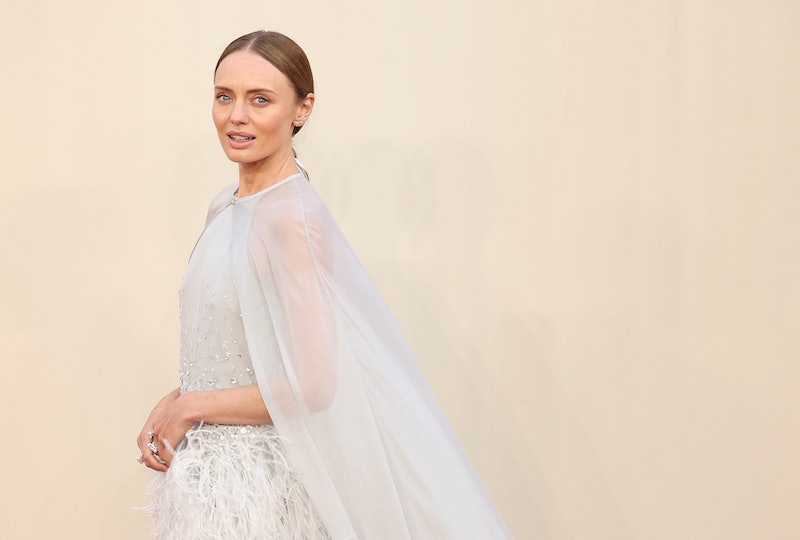 Fresh from the success of Netflix thriller White Lines, Laura Haddock is now gracing the big screen in Downton Abbey: A New Era. The 36-year-old plays newcomer Myrna Dalgleish in the much-anticipated sequel film, a glamorous silent movie star who is working on a project being filmed at Downton. She arrives at the Crawley household as it prepares to become the set for the Hollywood film and is unimpressed by the lavish home. The role is set to launch the actress back into the spotlight once again, meaning many fans will be wanting to know more about her life behind the scenes. So, who is Laura Haddock dating?

The Capture actress saw her love life make headlines in 2011 when she first began dating Love, Rosie and Hunger Games star Sam Claflin. The pair first met each other at an audition for the film My Week With Marilyn and began a relationship after having an “instant spark”. They went on to tie the knot in 2013 in a private wedding ceremony before they welcomed their son, Pip, in 2015 and their daughter, Margot, in 2018. However, in 2019 they announced they were splitting after six years of marriage in a joint statement.

"Sam and I have decided to legally separate,” it read. “We will move forward with nothing but love, friendship and a deep respect for one another whilst we continue to raise our family together. We won't be commenting on this further. Thank you in advance for your support and respecting our privacy at this time. Both of us x."

If their social media is anything to go by, they seem to be on pretty good terms. Claflin shared a Mother’s Day post on Instagram in honour of Haddock in March 2021, wishing her “the Mother of my two radicals” a “Happy Mummy's Day.” He added: “They're so lucky to have you. Mother. Friend. Teacher. Warrior. Superhero. Inspiration. We got this @laurajhaddock."

In 2020, the Guardians of the Galaxy actress was rumoured to have struck up a romance with her White Lines co-star Tom Rhys Harries, who plays her lost brother in the show, after they were pictured together. The Daily Mail reported the pair were “house-hunting” together, viewing a farmhouse in Oxfordshire together, listed for £1.2 million. However, the couple haven’t been pictured together since and have not confirmed or denied their rumoured relationship publicly.

As to what Haddock is working on next? Post-Downton Abbey: A New Era-promotion, she will be filming a new untitled Netflix spy series, alongside To All The Boys I’ve Loved Before’s Noah Centineo, which is set for release later in 2022.