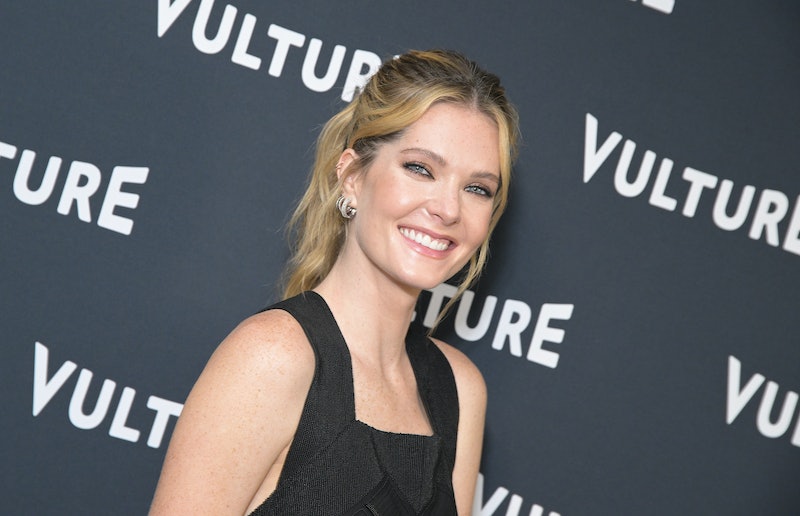 The second season of the HBO hit The White Lotus just took its final bow, and arguably one of the biggest breakouts of the series was the widespread discovery of The Bold Type alum Meghann Fahy. Fahy plays Daphne in The White Lotus, a woman on vacation with her rich and unfaithful husband Cameron (Theo James), who has more depth than initially meets the eye. Onscreen, she has undeniable chemistry with James (and, honestly, every other character she comes across), which may have you wondering who Fahy is seeing in real life.

Fahy was previously connected to fellow actor Billy Magnussen (who you may recognize from movies like Game Night and Into the Woods) from 2017 to 2020, with their final red carpet appearance together in January of that year for the Golden Globes after party. Many speculated that they were married, but this detail was never confirmed. Since their relationship ended, they no longer follow each other on social media.

These days, Fahy has been connected to her White Lotus co-star Leo Woodall, who plays Quentin’s (Tom Hollander) British “nephew” Jack on the hit show. On Dec. 19, she shared a series of behind-the-scenes moments from filming the HBO show’s second season, which included a cozy selfie of her and Woodall.

This isn’t the first time people have noticed their closeness. Eagle-eyed fans noticed flirtatious comments between the two stars on Instagram, hinting at something more than just friendship between them. “I love you! I love these! I love you! 😘♥️,” she commented on his roundup of behind-the-scenes Polaroids from the show’s production (he responded by saying he loves her right back). In one of the pictures, Fahy also appears to have Woodall’s finger in her mouth.

He returned the favor on her feature in Elle UK in which she proclaimed she loved “the UK and all of the Elles,” commenting on behalf of his country with a similar refrain: “UK loves you back.”

Neither party has confirmed whether the rumors are true, but an anonymous tip did make its way to the gossip site DeuxMoi. According to the tip, which should be taken with a grain of salt, Fahy and Woodall vacationed together after wrapping the show. The anonymous comment doubled down on the pairing saying, “Meghann and Leo 1000 per cent. Tons of witnesses. Not a whole lot of secrecy behind this pairing.”

Whether they are officially together or not, we wouldn’t say no to these two returning for White Lotus Season 3.

More like this
'GoT' Star Emilia Clarke Says She "Just Can't" Watch 'House Of The Dragon'
By Brad Witter
The Black Lotus Staff Has "Had Enough" In The 'White Lotus' Spoof From 'SNL'
By Brad Witter
Who Is Murray Bartlett Dating? 'The Last Of Us' Star Is Extremely Private
By Alyssa Lapid
15 Photos Of 'The Last Of Us' Star Pedro Pascal That Cement His Zaddy Status
By Radhika Menon
Get Even More From Bustle — Sign Up For The Newsletter
From hair trends to relationship advice, our daily newsletter has everything you need to sound like a person who’s on TikTok, even if you aren’t.

This article was originally published on Dec. 13, 2022