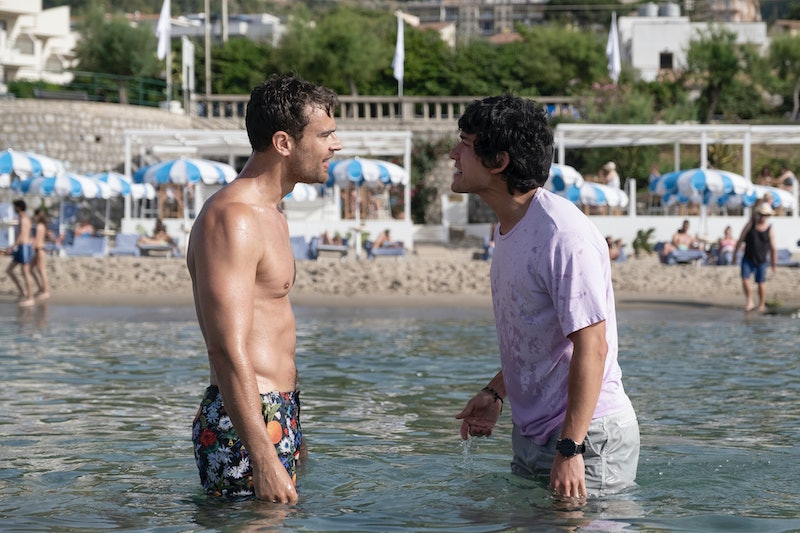 Spoilers ahead: The long-awaited White Lotus Season 2 finale is here. As it has been all season long, the HBO limited series from writer/director Mike White has been a true watercooler, must-see show. Fan theories have tried to name the dead body that Meghann Fahy’s character Daphne finds in the water in the season premiere, but many have also spent time finding meaning in character motivations and analyzing imagery from the season’s opening credits and Italian lore.

At the end of seven episodes, we finally have the answers to our many questions. Tanya (and Quentin and the other partygoers) are dead; Albie extorted 50,000 Euros from his father to wire to Lucia, after which she promptly leaves him; and Ethan and Harper finally have sex, though it may have been brought on by a tryst between Ethan and Daphne. Portia’s outfit choices were still questionable.

Just like every other week of the season, Twitter had a lot to say about what transpired. The overall consensus was satisfaction but some questioned whether White landed all of the disparate storylines in the final episode.

The biggest reveal was that fan favorite Tanya, played by Jennifer Coolidge, is the dead body that Daphne finds in the water. Fans online were divided about her demise, which happened in perfect Tanya fashion: as she is trying to escape the yacht, she fumbles her exit and falls off the boat, hitting her head on the way down and leaving her unconscious in the water.

Others remembered the iconic “Peppa Pig” line Valetina delivered earlier on in the season.

Prior to the finale, much discourse had centered on Portia's outfits — especially as it harkened back to loud, early 2000s Lizzie McGuire style. That commentary continued into the finale, with some discussing what her outfit choices may have meant.

All season long, fans have been enamored with Meghann Fahy’s performance as Daphne. In the finale, she delivers a knockout speech to Ethan — mirroring one she gave to Harper earlier in the season — about turning a blind eye to her husband Cameron’s indiscretions and learning not to play the victim in her situation before leading him to a secluded area of the beach.

Albie makes a calculated move, asking his father for the money Lucia says she needs to pay off the man who has been stalking her. In exchange for the wire transfer, Albie says he’ll talk to his mother — essentially upending his “good guy” facade and revealing that he’s just like the other men in his family.

After Ethan and Cameron duke it out in the water, they later reminisce about how fate landed them as roommates...at Yale, a detail that hadn’t been mentioned until that point. People poked fun at the late reveal as the stereotype about Yale students and alum is that they mention it whenever possible.

A star unto itself, the opening credits have been laden with clues about character fates. Viewers took to Twitter to decipher exactly how the plot lined up with the imagery that opened each episode and applied their own film history analysis to the visuals from the series.

More like this
Twitter Simply Couldn’t Cope With The ‘Happy Valley’ Finale
By Sophie McEvoy
Everything To Know About 'And Just Like That...' Season 2
By Jack Irvin and Grace Wehniainen
'The Last Of Us' Episode Schedule Competes With The Super Bowl & Oscars
By Brad Witter
Melanie Lynskey Plays A “Ruthless Leader” In 'The Last Of Us'
By Brad Witter
Get Even More From Bustle — Sign Up For The Newsletter
From hair trends to relationship advice, our daily newsletter has everything you need to sound like a person who’s on TikTok, even if you aren’t.