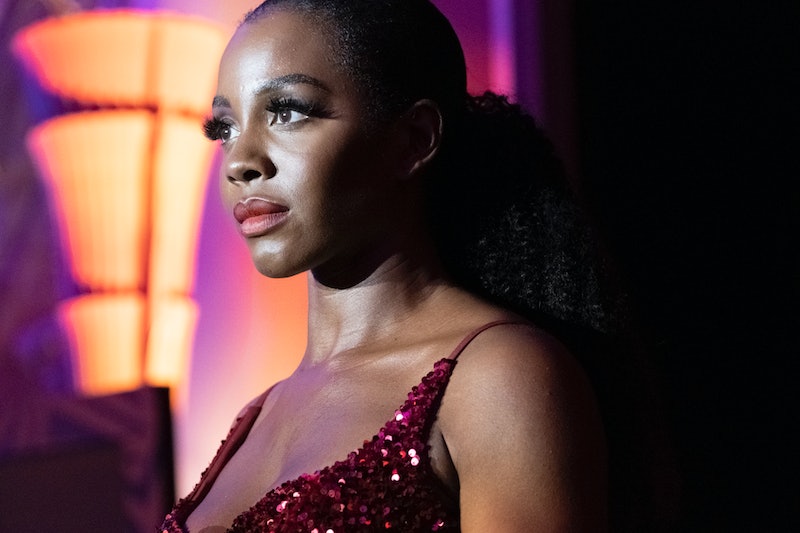 Spoilers ahead for Riches. The boardroom bust-ups, the behind-the-scenes backstabbing, the battle for total company control; ITV’s Riches is all about the drama of family business. At the heart of the Abby Ajayi-wriiten series is a Black haircare and cosmetics company called Flair & Glory. At the beginning of episode one, the company is under the control of founder and CEO Stephen Richards (Hugh Quarshie), the patriarch of the family. But his unexpected death creates a power vaccum that leads to battlelines being drawn between Richards family members. In the aftermath of Stephen’s death, it’s revealed that control of company will pass to his two eldest children Nina (Deborah Ayorinde) and Simon (Emmanuel Imani), who moved to America with their mum as children. The news comes as huge shock to both Nina and Simon, but also the British side of the family – their stepmother Claudia (Sarah Niles) and their half-siblings Gus, Alesha, and Wanda. Reeling from the surprise announcement, at first the two eldest Richards children agree to sell the company back to Claudia. However, after the meeting to the sign the contract goes awry Nina makes an on-the-spot decision to keep it. But what’s behind this apparent about-turn? Why does Nina keep Flair & Glory?

Well, in episode one, we learn that Flair & Glory was actually the brainchild of Oyin — Nina and Simon’s mother. After the drama of the will reading, the siblings debrief over a drink. Nina tells Simon, “[Claudia] is a thief, Flair was mom’s idea – her baby – and Stephen and that snake stole it. They broke mom’s heart, so now I feel zero sympathy for her.” Could a desire to fight for her mum’s legacy have played into her choice to keep the company?

In the episode, we also see a flashback scene in which Nina and her mother are mistreated by the non-Black owner of a Black haircare shop. Oyin tells Nina, “Until Black people have their own shops, their own businesses… these people – white, brown– will keep their foot on our necks.” It’s clear that Flair & Glory is more than just a business to Nina.

Nina is also told by Gideon, Stephen’s lawyer, that her father always wanted to make amends for leaving his first wife and eldest children for a new family. Giving her and Simon the company is his way of doing it. When Nina expresses her reluctance to run the show, Gideon tells Nina that her father had followed her successful career in the U.S. and had faith in her ability to run the business. Then Gideon adds the killer blow – Oyin wouldn’t want Nina to pass up the opportunity to take the helm of a Black haircare and cosmetics company.

Later, we also see Nina looking emotional in the very same Black haircare shop where she and her mother were harassed looking at the Flair & Glory products now on sale there. When she heads to Flair & Glory head office to sign over control of the company, Claudia makes the mistake of attributing the idea for the company to Stephen. Nina tells her that the company was in fact founded in the kitchen of her mother’s flat in Finsbury Park, prompting Claudia to respond: “She couldn’t hold onto it or her man.”

After an incredulous, “What did you just say?” Nina puts down her pen and tells the rest of the Richards family, “This is our birthright. I’m not signing anything. Deal’s off.” As Nina exits the boardroom, with the company still under her and Simon’s control, it appears that a mix of loyalty to her mother, faith in her business acumen (and more than a little desire to spite Claudia) have made keeping the company a priority.