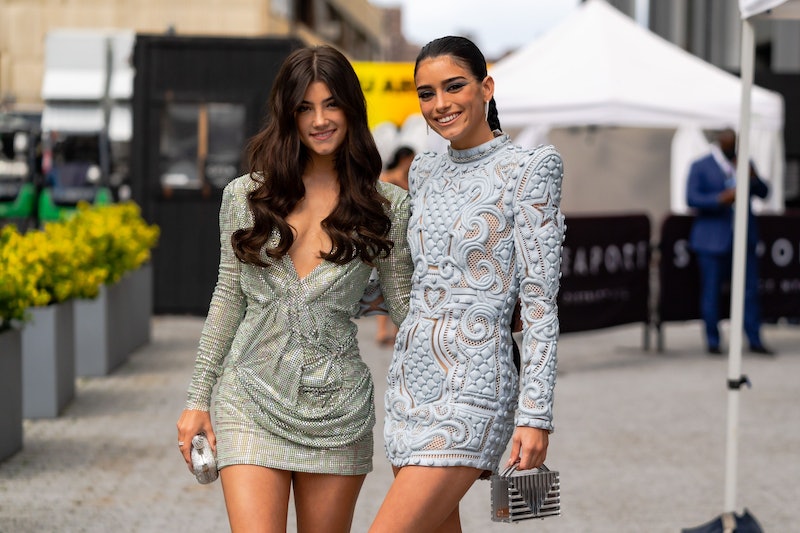 Charli D’Amelio is the most-followed person on TikTok, with 133 million followers, thanks in part to her involvement in TikTok supergroup Hype House. Netflix’s 2022 reality show Hype House focuses on the content collective’s members, but its most famous alum, Chari, is nowhere to be found onscreen, prompting viewers to wonder why and when Charli left the Hype House.

Charli and her sister Dixie, who also has an impressive TikTok fanbase with 56.6 million followers, announced that they left Hype House together in May 2020 after the collective started focusing on business, rather than friends simply making videos. “When the Hype House started to become more of a business, Charli and Dixie stepped away from that aspect,” their rep told The Hollywood Reporter. “While their businesses are separate, their friendships with the members continue.”

READ NEXT: Hype House, Explained: What Is It & Who’s In It Now?

While she didn’t confirm it outright, it’s likely that Charli’s public split with Hype House co-founder Chase Hudson also played a huge part in her departure. The pair announced what seemed to be an amicable breakup the month before Charli left Hype House. However, in July 2020, it was revealed that Chase reportedly cheated on Charli with fellow TikToker Nessa Barrett. Charli called his behavior out on Twitter: “Stop deflecting your actions onto others because you can’t take responsibility Chase,” she wrote in a since-deleted tweet. “Want me to talk about how you treated me throughout our relationship or do you just want to continue to play the victim?”

Charli told Bustle in 2021 that she learned a lesson from the “embarrassing” debacle. “Honestly, I feel like that whole public breakup has kind of changed my outlook on having boundaries with the internet,” she says, adding that she’s keeping some things to herself now. “I think a lot of people learned from that because it was such a huge situation in the social media world and we all know that things can be handled privately. Lots of things are handled behind closed doors.”

Now, the sisters are leading their own reality series, The D’Amelio Show, which also stars their parents Marc and Heidi.

In an episode of the Hulu show, Dixie experienced a panic attack triggered by negative comments about her appearance. “I don’t know what I wanted in that moment,” she told Bustle about her struggles. “I didn’t even want to go back to normal. I wanted no one to know who I was. I just wanted to disappear because there was just so much [hate] so fast. I can’t really control how I look sometimes, and I think that was the hardest part.” Leaving Hype House may have allowed her to decrease her TikTok presence without leaving the platform entirely.

More like this
Brittany Snow Files For Divorce From Tyler Stanaland After 'Selling The OC' Drama
By Grace Wehniainen and Radhika Menon
Everything To Know About 'The Real Housewives Ultimate Girls Trip' Season 4
By Jake Viswanath
Andy Cohen Apologized To Larsa Pippen After A 'RHOM' Season 5 Reunion Dust-Up
By Brad Witter
'Bling Empire: New York’ Star Tina Leung Has A Superhero Alter-Ego
By Alyssa Lapid
Get Even More From Bustle — Sign Up For The Newsletter
From hair trends to relationship advice, our daily newsletter has everything you need to sound like a person who’s on TikTok, even if you aren’t.