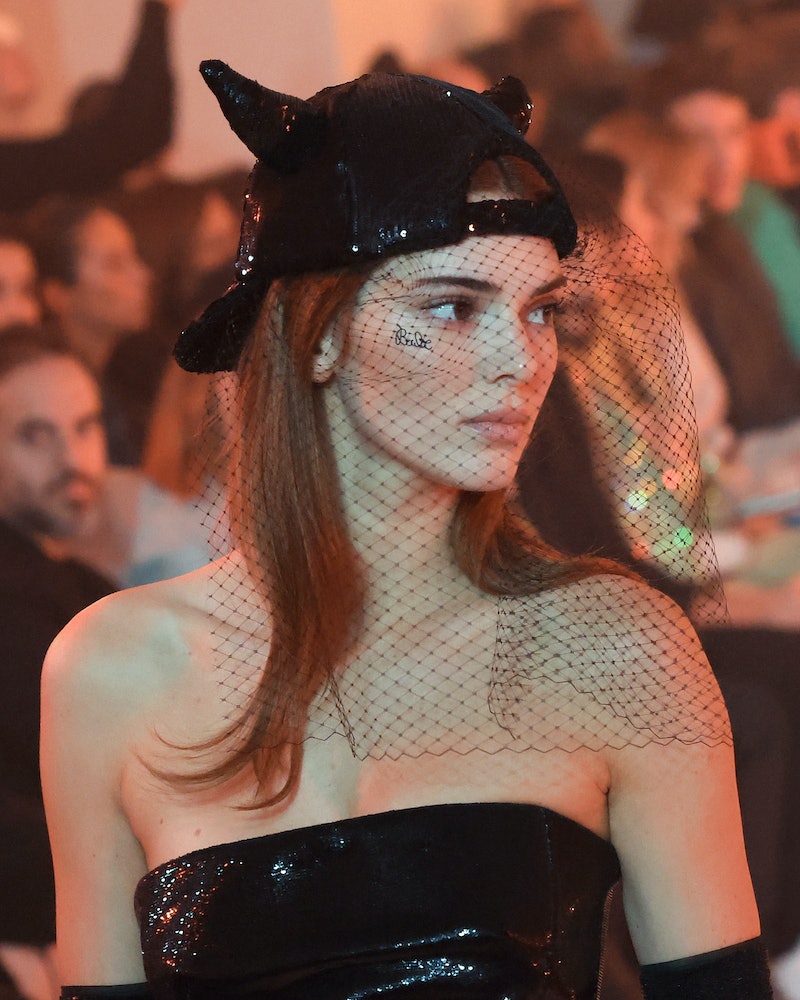 The Kardashians hasn’t even dropped on Hulu yet, but it’s already giving fans of the family a lot to analyze. The April 7 red carpet premiere alone delivered iconic fashion and plenty of relationship chatter, too — from Scott Disick and new flame Rebecca Donaldson holding hands to Pete Davidson supporting Kim Kardashian from behind the scenes (he didn’t walk the carpet because it’s not “his thing,” Kardashian told E!, but the pair did arrive together). And of course, the premiere marked the red carpet debut of unofficial newlyweds Kourtney Kardashian and Travis Barker, who had a “practice” wedding days earlier in Las Vegas.

One member of the KarJenner brood was missing from all the family photos, though — and if you’re wondering where Kendall Jenner was during the premiere of The Kardashians, you’re not alone. Jenner is known for sometimes gravitating toward the outside of the family (as she told Harper’s Bazaar in 2017, she sees herself as “the different one ... more of a Jenner than a Kardashian”), but that isn’t why she sat out the red carpet. In fact, the reported reason is a lot simpler: She was sick, according to an E! source.

“[Jenner] tried really hard to be there and support the family but was really sick,” the insider told the outlet on April 8.

The source didn’t offer any details about Jenner’s sickness, but it sounds like it has been a tough week for the model. Just days before the premiere, Jenner wrote on Instagram that her “anxiety (especially social anxiety) has been on 100 lately.” Luckily, she said she “[doesn’t] feel bad about it” and has different practices that have been helping her get in a better headspace. She shared some of the methods she uses to find calmness with followers, including deep breathing exercises, outdoor time, journaling, and practicing gratitude.

“I love my space and my alone time,” she wrote. “I am finding ways to help me start my day off with a calmer, more positive mindset. that being said, I wanted to just spread some good vibes.”

Jenner may have had to miss out on the premiere fun, but her famous family was still out in force without her and we’ll be seeing plenty more of them all when The Kardashians finally premieres April 14 on Hulu.