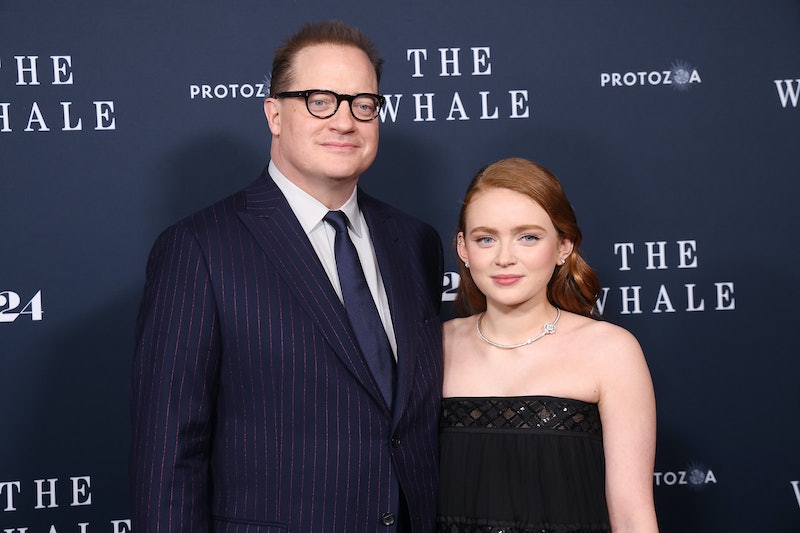 Brendan Fraser’s history with the Golden Globes is fraught, but that didn’t stop him from being nominated for Best Actor in a Drama at the 2023 Golden Globe Awards for his critically acclaimed role in The Whale. But while most nominees are happy to attend the awards show in hopes of making an acceptance speech and hanging out with fellow celebrities, don’t expect Fraser to show up to the ceremony on Tuesday, Jan. 10.

In 2018, Fraser alleged in an interview with GQ that he was groped by Philip Berk, the former head of the Hollywood Foreign Press Association, which runs the Golden Globes, during an event at the Beverly Hills Hotel in 2003. “His left hand reaches around, grabs my ass cheek, and one of his fingers touches me in the taint,” he recalled. “And he starts moving it around.” Berk admitted in his memoir that he touched Fraser’s butt but only meant it “in jest” yet told GQ that Fraser’s story was “a total fabrication.” However, the actor said he experienced panic and fear. “I felt ill. I felt like a little kid,” he said. “I felt like there was a ball in my throat. I thought I was going to cry.”

Four years after that article and after receiving huge awards season buzz for The Whale, GQ asked Fraser if he would attend the Globes should he receive a nomination. “I have more history with the Hollywood Foreign Press Association than I have respect for the Hollywood Foreign Press Association,” he explained. “No, I will not participate. It’s because of the history that I have with them. And my mother didn’t raise a hypocrite. You can call me a lot of things, but not that.”

At the time, the HFPA did not take any disciplinary action against Berk, despite conducting an investigation and concluding that he did touch Fraser. Instead, GQ said that the organization asked the star to sign a press release stating that “it was intended to be taken as a joke and not as a sexual advance,” which he refused to sign. “I think it was because it was too prickly or sharp-edged or icky for people to want to go first and invest emotionally in the situation,” he told the outlet in 2022. Fraser maintains the HFPA has yet to apologize, a claim the group denies, but Berk’s story actually supports Fraser, telling GQ in 2018 that his apology admitted “no wrongdoing” and was only “the usual ‘If I’ve done anything that upset Mr. Fraser, it was not intended and I apologize.’”

Berk was only suspended from the HFPA in 2021 after it was reported that he sent an article to members calling Black Lives Matter a “racist hate movement” as part of a huge exposé against the group that partly led NBC to not air the Globes ceremony the next year. Fraser says he is open to hearing out the HFPA if they chose to make amends, but is hesitant to believe that the organization has undergone significant reforms as promised. “Maybe time will tell if they’re going to,” he said. “I don’t know what they’re going to do.”

More like this
Selena Gomez Dismissed Trolls' Comments About Her Body After The Golden Globes
By Stephanie Topacio Long
Brendan Fraser's Emotional Critics Choice Awards Speech Is Total Tearjerker
By El Hunt
Jennifer Coolidge Hunted For Jewels & Lashes In J.Lo’s Hotel Room
By Jake Viswanath
Keke Palmer Shares The Sex Of Her & Darius Jackson's Baby
By Jake Viswanath
Get Even More From Bustle — Sign Up For The Newsletter
From hair trends to relationship advice, our daily newsletter has everything you need to sound like a person who’s on TikTok, even if you aren’t.