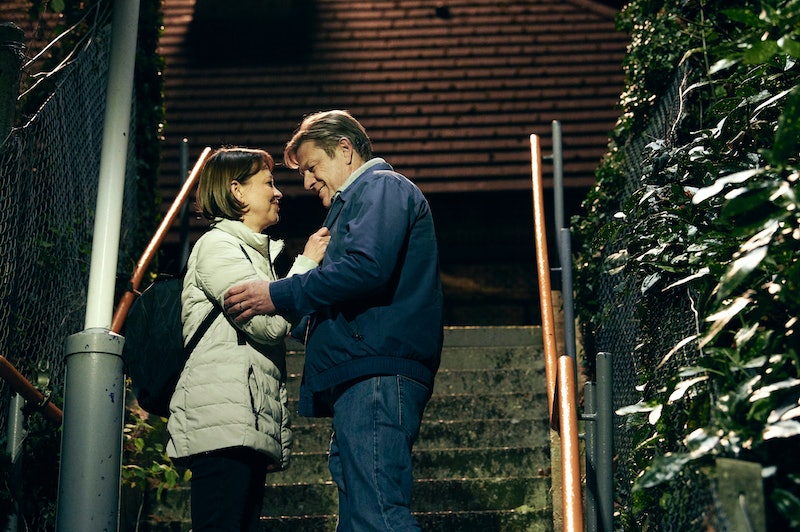 BAFTA-award winning writer Stefan Golaszewski is market leader in the British domestic sitcom, with successes including Him And Her and Mum already under his belt, he’s now debuting new BBC show Marriage. Starring The Lord Of The Rings’ Sean Bean and BAFTA-nominated Nicola Walker, the four-part series takes a look at the intricacies and ennui of a 30-year long marriage. Ian (Bean) and Emma (Walker) negotiate the ups and downs together, revealing all that a long-term relationship has to offer. In a statement from the BBC, Golaszewski said that he wanted to show the relationship “moment by moment,” but will Marriage returns for a second season?

Although there has been no official talk of a season 2 of Marriage, Golaszewski does have form and experience in writing several seasons of a show. Him And Her aired its fourth and final season in 2013, whilst Mum wrapped up season three in 2019. I have asked the BBC and Golaszewski’s representatives for comment will update you when there is more information available.

What we do know is that if Ian and Emma were to return, they would definitely still be together. Speaking to RadioTimes, Walker was certain that the sequel wouldn’t include a divorce. “Ian and Emma would never split up. That’s the point,” she said.

The series has not been without controversy, though. Specifically surrounding Bean’s comments on the role of or having intimacy coordinators during filming. In a recent interview with The Times, Bean remarked that having the presence of an intimacy coordinator on set can “spoil the spontaneity” of filming a sex scene. Traditionally, an intimacy coordinator is someone on set who looks after the wellbeing of actors taking part in any scenes of that nature. The role has been widely lauded elsewhere, with Ita O’Brien, intimacy coordinator on Netflix’s Sex Education and BBC’s Normal People, developing her own best practice guidelines to be used throughout the industry.

But, there’s an overwhelmingly positive message that Golaszewski hopes that viewers will take from Marriage. He explained to the BBC that he hopes it will reflect “the warmth, humour, and the shared world view that you have in a relationship.”

Marriage aired on BBC One on Sunday, Aug. 14 and all four episodes are now available to watch on BBC iPlayer.