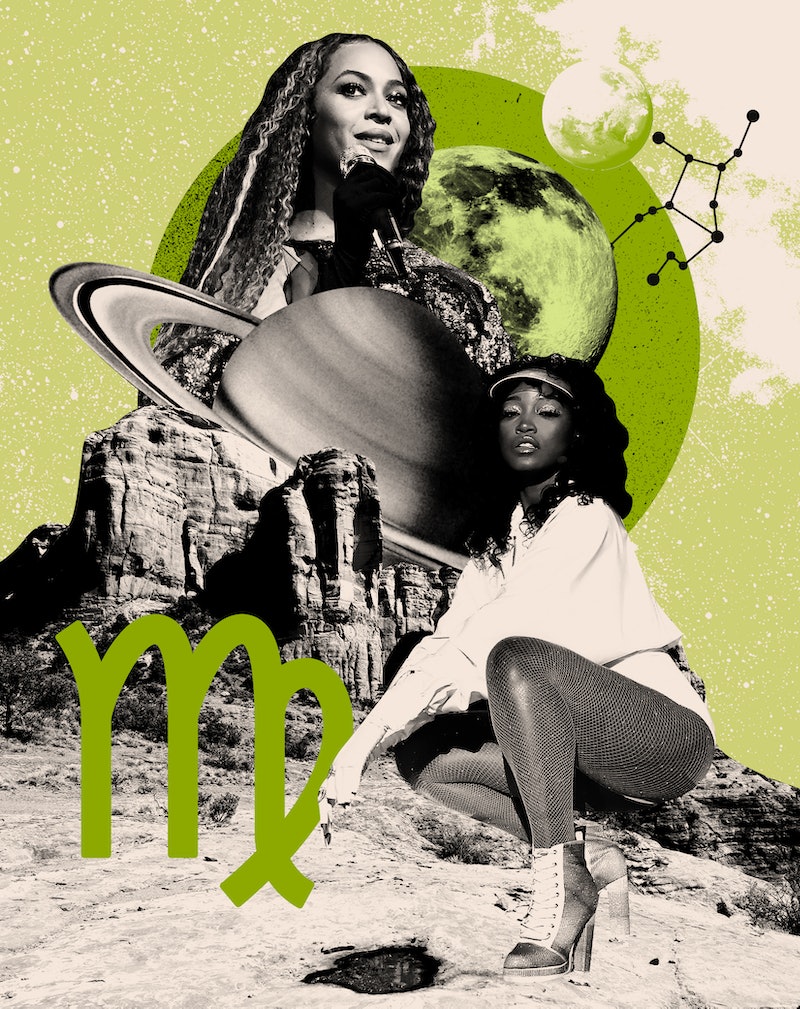 Sharing a zodiac sign with someone doesn’t necessarily mean you’ll have an instant cosmic kinship. In fact, some people feel passionately that August Virgos and September Virgos may as well be from completely opposite sides of the cosmic spectrum. Everyone has a unique astrological birth chart, of course, and our planetary placement can vary based on the day, year, and even minute that we’re born. But is there any actual astrological basis to the alleged differences between August Virgos and September Virgos?

There are lots of astrological reasons why people with the same zodiac sign can be so wildly distinct from one another, and it’s mainly because our sun signs are just one piece of our birth charts. This means that while almost everyone born between August 23 and September 22 will be a Virgo, they could have vastly different moon, Mercury, Venus, Mars, and rising zodiac signs. They may all share some core Virgo qualities, but they could easily have extensive variations in the way they communicate, express themselves, behave in relationships, process their emotions, and chase their goals.

But another factor to consider is your zodiac sign’s decan. In traditional astrology, each zodiac sign is broken up into three subdivisions (known as decans), and these groupings can shift the way a sign’s energy is expressed. Each sign spans 30 degrees on the zodiac wheel — so the first 10 degrees of a sign represent the first decan, the second 10 degrees are the second decan, and the last 10 degrees are the third decan. Because the sun travels approximately one degree per day during each zodiac sign season, that means that all August Virgos are first decan Virgos, while most Virgos born in September (with the exception of those born during the first few days of the month) are either second or third decan Virgos.

Using decans as a guide, let’s take a look at some of the major differences between August Virgos and September Virgos that bring a deeper layer of complexity and variety to the mutable earth signs of the zodiac.

1. August Virgos Have The Most Conventional Virgo Qualities

Mercury (aka the planet of thinking and communication) is Virgo’s ruling planet — but most Virgos born after September 2 are either second or third decan Virgos, meaning they have a co-ruling planet that influences the way their Virgo energy is expressed. First decan Virgos (born in August) are solely ruled by Mercury, so they usually possess the most classic Virgo traits. August Virgos often embody the stereotypical strengths and weaknesses associated with Virgo energy — such as being helpful, detail-oriented, pragmatic, thorough, and organized.

Most Virgos born during September are either second or third decan Virgos — which means they’re co-ruled by either Saturn (planet of responsibility) or Venus (planet of values). Both of these planets bring a more money-driven and materially focused energy to Virgo’s down-to-earth vibe — so if you’re a September Virgo, you might find that using your work ethic to acquire luxurious things, build your wealth, and flaunt your status feels more meaningful to you than to August Virgos.

3. August Virgos Are The Most Intellectual

As the singular earth sign ruled by mental planet Mercury, all Virgos are blessed with a strong sense of practicality — but August Virgos tend to approach life with an even more rationally minded and analytical edge. First decan Virgos are blessed with the heaviest serving of Mercury’s clever and mentally driven influence, making them the most logical and intellectual of the Virgo bunch. They’re great at making thorough plans, expressing their thoughts in an organized way, and catching typos that everyone else missed.

4. September Virgos Have A Detailed Sense Of Style

All Virgos are known for being sharply observant and eagle-eyed when it comes to details. But for the third decan Virgos who are co-ruled by artistic planet Venus (all of whom are born in mid-September), this keen-eyed attentiveness is especially strong when it comes to aesthetics. Expect for September Virgos to be visually perceptive, with a knack for bringing more beauty to the world around them through their organization skills. Their Virgo nature tends to be expressed in a more stylistic way — such as through an artistically refined fashion sense or thoughtfully curated home decor.

Virgos are one of the mutable zodiac signs, which means they’re naturally adaptable and have an inherent understanding of change. But because first decan Virgos are solely ruled by quick-thinking planet Mercury, they tend to be even more flexible than the rest of the Virgo gang. August Virgos know how to go with the flow — and it’s easy for them to swiftly change gears (while still remaining thorough) if circumstances change on a dime.

6. September Virgos Can Be Harder On Themselves

Virgos have a reputation for being critical and perfectionistic — and that’s mostly because they have high expectations for themself and want to be of honest service to others. But for second decan Virgos who are co-ruled by strict planet Saturn (all of whom are born in early September), the quest for self-improvement can feel even more weighty. September Virgos are determined and work-oriented, so they can be extra hard on themselves if they don’t reach their goals or perform up to their standards. Making mistakes is only human, so remember that if you’re a September Virgo.