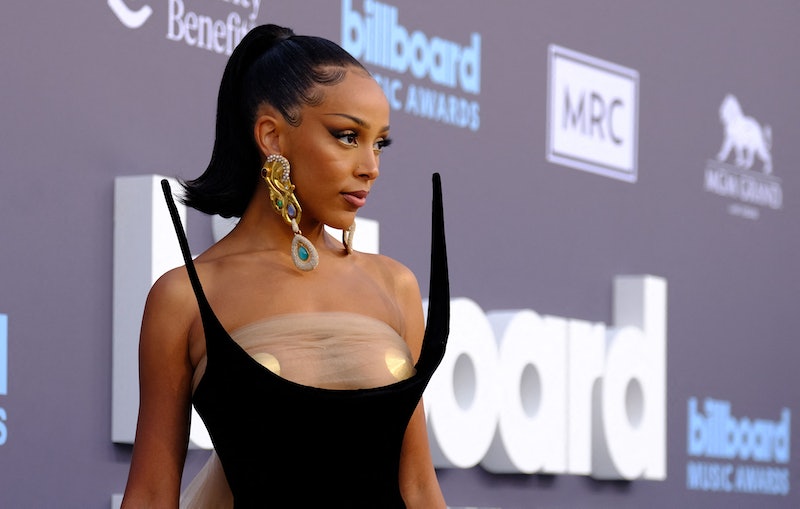 A version of this content appeared in Bustle’s daily newsletter on August 8, 2022. If you like what you see, sign up to receive it in your inbox right here.

Doja Cat Is Experimenting With “Brow Art,” And I’m Here For It

The singer has been churning out artsy and experimental makeup looks for a while now, often blessing us with the application process walk-throughs on her Instagram. “I see makeup as doodling,” she told Bustle back in October. “I used to doodle and draw in school and that’s why I didn’t graduate, but it was one of my favorite pastimes. I really just look at it in that way: I draw on my own face.” And with her latest new ’do, she just gave herself more canvas to work with. Read More

Just last week we were talking about how Kete’s sex life was taking over the internet, and now it appears that the two have called it quits, with one source telling Page Six that their age difference was starting to take a toll on Kim. Bummer for Pete, but it makes sense. Read More

Hand tattoos are tricky because in the short term, the healing process is more difficult and in the long run, they’re more prone to fading, but the end result can be super pretty. Hailey Bieber, queen of micro ink, has a ton of them. Personally, I think it sounds like a great excuse to never have to wash a dish ever again. Read More

At 14, Rachel Sennott Had A Sexual Awakening While Reading Twilight

The former iCarly actor has been speaking out for a while now about the difficulties she faced as a child star, where behind the scenes she was grappling with an abusive mother and an eating disorder. In this exclusive excerpt from McCurdy’s memoir, she describes the anxiety and fear that came with kissing a boy for the first time on a TV set. Read More

Finally, a respite from the recent astrological turbulence. Read More