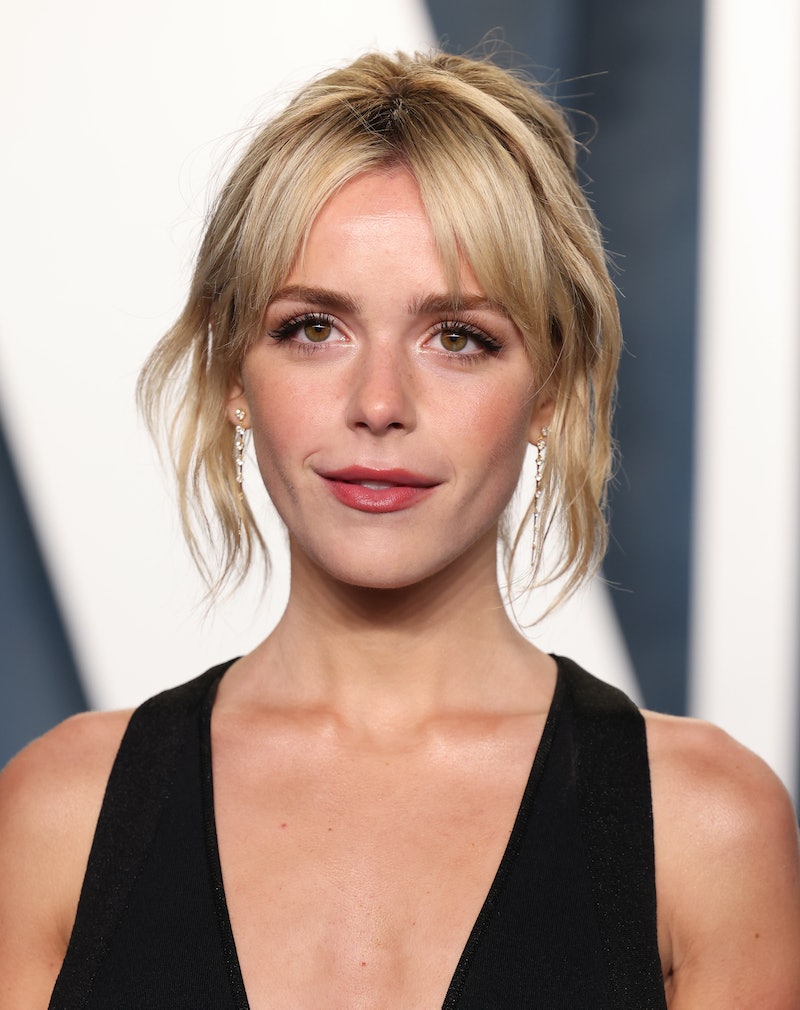 A version of this content appeared in Bustle’s daily newsletter on May 5, 2022. If you like what you see, sign up to receive it in your inbox right here.

Shipka started playing Sally when she was just 6, so she really grew up alongside her on-screen persona, learning about people from the show’s characters, fashion from costume designer Janie Bryant, and acting and leadership from her on-screen dad Jon Hamm. (“I love him so much… such a good guy,” she says.) Shipka missed out on traditional high school and the trappings that come with it, but being on the show was a kind of education in itself. It “gave me the hall pass to be a really complicated person and for that to feel OK, for that to feel natural and normal,” she says. Since when did high school ever bestow such sage wisdom? Here, she chats with Bustle about being at a party the cops busted at her boss’s house, Sally beating her to all the teenage milestones, and Harry Styles. Read More

The Only Rule In Dating Is There Are No Rules

Despite what TikTok might say. (Are you guys really out here sharing passwords with bae?!) The three-day “rule” specifically suggests you should give someone three days after a date to text you back. After that, you can give up on hearing from them and curse their name in perpetuity. Three days, though? Certifiably insane. That’s enough time to go viral, conceive a baby, exercise once, and watch three Netflix series — it’s a lifetime. Waiting three days is over; we’re now exclusively abiding by the 2-Taylor-Swift-Album rule. Read More

What Mercury’s Retrograde Means For Your Sex Life

The planet’s fateful backspin kicks off next week, so get ready for an onslaught of scheduling mishaps and misunderstandings… including in the bedroom. Virgos should channel work frustrations into some sexy experimentation, Scorpios should get clear with their partners about their needs, while Aquarians are in for a fun ride. Read More

How To Find Your Home Decor Aesthetic & Shop It

Fully furnishing a brand new space, or even trying to improve upon what you already have, can be… really overwhelming. You settle on one piece only to realize, if you get that new rug, you really also need new throw pillows, and if you get new throws then the end tables don’t really go, and so on. Before you know it, you’ve mentally spent $5,000. Here’s how to settle on a ~vibe~ that suits your taste, and more importantly, your space, with advice from design pros on how to shop the colors, shapes, and types of pieces that’ll tie it all together. Read More

Is The Stanley Quencher Cup Worth It?

Remember the VSCO girls of yesteryear (it feels like that trend feels like five years ago but it was actually like two), and the viral water bottle that was a prerequisite for the look? Well the Stanley Quencher is the new liquids vessel inspiring a cultish obsession on TikTok, and it’s a cut above — not to mention, $10 cheaper — than the rest of the competition. Read More

Feelings are close to the surface. Read More